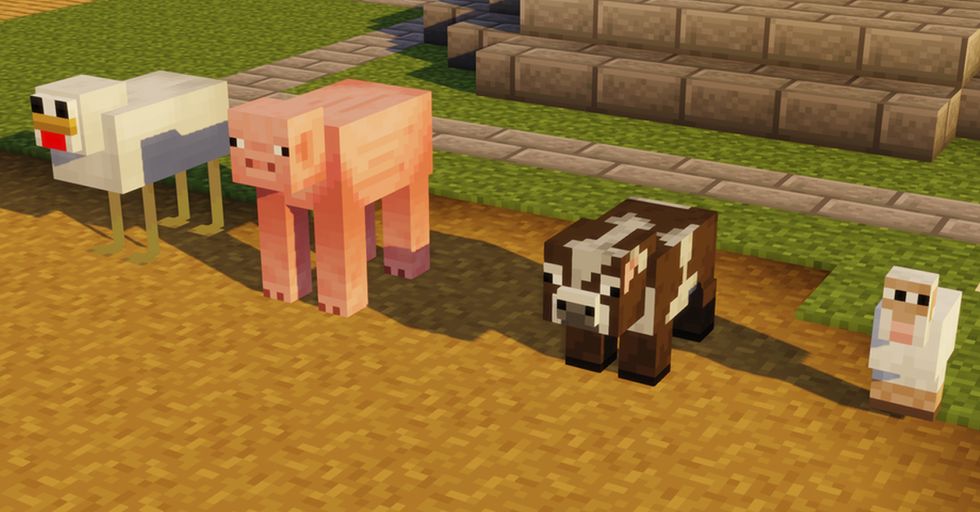 Just the Weirdest Photos We've Found on Our Camera Rolls

Whether you take a ton of screenshots when you're scrolling around the internet or you save the weird photos your friends text you, there's a good chance you have a couple of super weird images saved on your camera roll. And hey, no shade! The vast majority of us have infinite photos taking up the valuable memory space on our phones, and very few of us are willing to wade in and clean it up.

That's why we so often find an unexplainable photo deep in the depths of our camera rolls. Who knows why you thought that specific image was funny enough to save, or who sent you that bizarre screenshot. Camera rolls are the new wild west — there could be anything in there. And it's all potentially scary, hilarious, and terrifying.

That's why the prompt "In 1,000 years, aliens find your phone and go through your camera roll. What's the most confusing thing they find?" lead to so many fascinating photos being posted when it popped up on /r/AskReddit recently.

Check them out for yourself to see some of the wildest photos that no one would be able to explain to even their closest loved ones, let alone aliens from another galaxy.

A man with the face of a burger, eating his real face. - Jameszy12

Will you bend the knee?

The Great Radish. - unique19username Our Lord and savior. - terminator1515

They would find a picture of some deer leg numchucks. - king_john2510

Asked the groomer to shave a heart on my dog's butt. What I expected vs. what I got. - josefugly

Where my Mystery Science Theater 3000 heads at?

For the first time, I'd be happy to pay extra for guac.

Why are they even open? - strych91

It looks like it ran into one of those fake tunnel entrances Wile E. Coyote used to paint on the side of brick walls.

This cat fully shaved... except for its face. - DizzyDecoy

He believes he deserves this.

Apparently this kid got picture day and pajama day confused. His face makes me chuckle every time I see it. - [account deleted]

"Look Dad, you're the one who scheduled the photo shoot on Halloween."

The kid that dressed as a clown for a family picture. - lucoin

The scientific method in action.

Put your money where your mouth is. - purplepolyglot

This produced one of my favorite copy-pastas: "I bet you 5 million dollars that you don’t own a bird. But guess what? I own 7. And I can tell you right now that a bird would never just walk into something like a chocolate fountain. They’ll rarely walk directly into water. But say that your idiotic theory is correct. Say it did actually walk into it. That animal still probably died. Is that still funny to you? Do you still get your kicks out of knowing that that bird was probably terrified and opening its mouth to scream in that last panel? And if you say yes then you seriously disgust me as a human being." Best bit is that it's a scene from the Adam Sandler movie Jack & Jill. - JamieA350

Fulfilling the letter of the law, if not the spirit.

Every time I see this, I think of the driver taking turns, hearing the sausage clatter around in the box, just thinking "What the hell, dude!? What a moron." - roomandcoke

That is the same expression in every 40-year-old man's Facebook profile pic. - BobSacramanto

One thing I'll say about that guy: he looks like a thumb.

"No one cared who I was until I put on the mask."

The first helmet you find when starting an RPG. - fudsak

You did say "anything."

Extreme "oh, I didn't know you were coming home so soon" energy.

"Do what you must. I have already won." - StarkLX

Thank you for letting me know.

I guess I do now.

When you're drunk at a party and you pass a mirror. - popularscroll52

Take boogie-boarding but make it sad.

*record scratch* "I suppose you're wondering how I got into this situation..."

"Honey, we have to either stop going to the gym or go 10 times more often."

My favorite part of this is the floating leash. - michmochw

You don't get to choose your family.

He's behind me making that face again. I don't even have to turn around to know it. God damn it. I hate that goddamned stupid face he makes. God dammit. - [account deleted]

My brother turned his head during a panoramic shot. - mrmailbox

I will never be able to not think about this photograph.

Does anyone else see this? It looks like he has two upper lips. - cloudyoutside

"You may cross if you answer our riddles three."

A dog and cat face-swap. I have never seen a less impressed looking cat. - HashPram

If you can't see, the truck says "Barrel of Fun."

Not sure why this popped into my head just now, but what happened to Jon Lovitz? Remember him? He was funny.

This dachshund that ate a bee. - givemecorgisordeath

It's getting better all the tiiiiiime...

Tough look for my guy.

That dog getting hit in the face with a frisbee. - FartIntoMyHeart

The Big Deal is closed.

If there's one thing businessmen love to do, it's close the Big Deal.

Hopefully he didn't eat all his sunscreen earlier when the sun came out.

They’d definitely be confused as to why you have a picture of a government drone. - ace_wulf

The builders have gone too far.

Were they old enough to buy that?

Pictures of my dog pooping. It started as a joke. I’d be drinking coffee and see him through the window, so I’d take a picture and send it to my sisters to annoy them. He’s dead now, so I don’t have the heart to delete them even though they’re literally pictures of him taking a poo. - Abisoccer1

Handsome Squidward can get it.

A picture of Handsome Squidward. - purplestationary6616

Why didn't you buy them?

A hairless guinea pig I saw at an "exotic" pet store. I say "exotic" because it's mostly reptiles, spiders, frogs and rodents besides hamsters/mice. - MysteryGirlWhite

Tinder screenshots of weird looking girls that I send to my roommate. - gabezermeno

The Star Wars prequels are our nation's greatest meme resource.

A lot of weird wrestlers poppin' up here.

That picture of the Great Khali in the bath: Khali The Destroyer of Women. - Lord-farquaads-mom

Of all the images here, I can't fathom why anyone would ever have this picture on their phone.

A blurred image of a cracker. - AmikBixby

A picture of the Death Star next to the moon for scale. - TheRealNetroxen

My brain is now broken.

A yellow background with black text that says “Quentinen and Tarantined by, Written Directino." - Ranger6012

What a weird fad that was.

I just started to look myself and I see this face of a guy I've never met. I hope it's just something sent by my friends on the what's up group... - Djrhskr

A picture of Rick Astley but it has the Smash Bro’s version of Terry over it saying with yellow text "Always going to jab you twice, Then I’m going to say goodby." - Gasterfire6

A picture of Piglet but extremely jacked. - stevefrommincecraft

Why is it so eerie?

A picture of a McDonald's in the middle of the night. - MrSir116

Lot of specifics here. Too many, some would say.

Probably the picture of Jojo Siwa as Megamind with a juul. - SK3L3T0NC4T

An image of a pregnant Olaf with Mike Wasowski. - Ariifer

The millions of pictures of fictional skeleton smut. - Gothy-boi