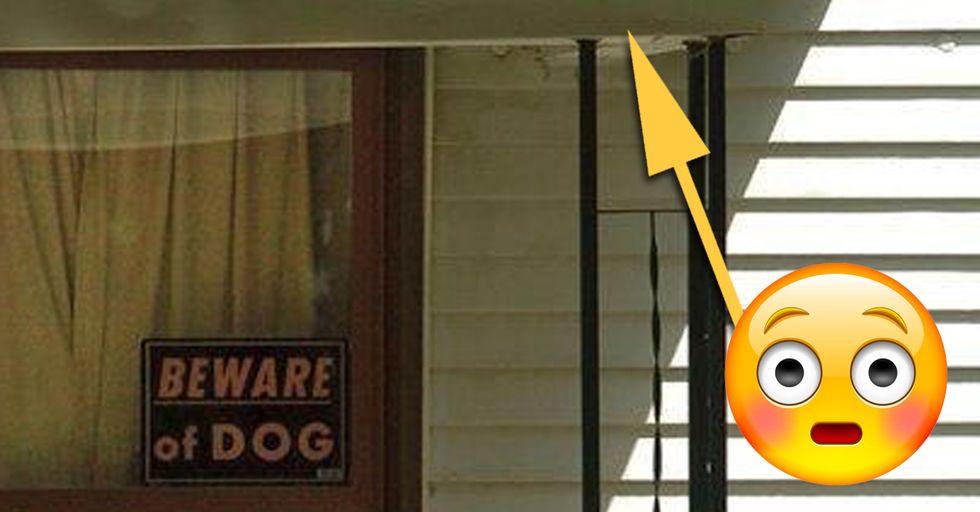 There’s no denying that warnings serve an important purpose in that they prepare us for possible danger.

But while some make perfect sense, there are others that make you wonder about the story behind the sign — like the one warning about eating hangers or an inexplicable spaghetti incident in the library.

I need to know more about these "recent events." Did the dunking get out of control? Were they being shot out of a cannon?

Come on, now. Is nothing sacred anymore?

Makes sense. This is a win all around.

Not to get too graphic here, but what's left? Oh yes, things normal people normally flush down the crapper.

Norman didn't heed the warning. Don't be like Norman.

I think the visual really hammers this one home. Alfred Hitchcock would approve.

First Oreos and now spaghetti? What are you supposed to do in a library?

Plus, if you get too touchy-feely with them, they begin to develop feelings and it's not really fair to toy with their emotions if you're not ready for something more serious.

One would think this goes without saying, but yet, there is a sign. I say let natural selection take over.

I think this kind of sends a mixed message. Bike at your own risk, I guess.

He's not mean, but he'll leap from the top of the roof and scare the crap out of you.

A twist on a classic. Albeit with a slightly sinister spin.

Do people not wear underwear? I think that would help with this problem.

As if you need another reason to avoid tube meat, here you go. Chew on that one, people.

This does seem like something you would need to know. Stay alert, stay dry.

Not true. Sometimes they do if you hit them hard enough.

Just think... Enough people actually went to the bathroom outside to force these people to put up a sign.

But once you get out, feel free to tweet to your heart's content. Heck, maybe even upload a selfie or two.

Apparently it impairs the judgment of both humans and marine life, so please drink responsibly.

Nothing is worth it. Nothing at all.

Pretty passive-aggressive, minus the "passive" part. But be careful, as they have good aim.

Rattlesnakes and poison plants? Great place for a playground!

Looks like it's a little too late for this particular one-eyed victim. Learn from their mistakes.

A pretty pointed warning. You bleed on it, you buy it.

Well, they seem to have covered all the bases. Maybe just avoid that area in general.

That's why it's called a "balcony," I think. Because, you know, it's not on ground level.

Seriously. Take the five seconds to take off the shirt first.

I think your best bet is to just avoid that situation all together. Better safe than sorry...and crappy.

Aww, come on! Just think about how much more exciting that commute would be!

You know, those sneaky ducks that can read signs. You have to watch out for them.

No sledding but an apology, eh? Must be in Canada.

Also, water is wet. And grass is usually green.

I bet it only took one person, desperate for coffee or hot chocolate, to try and catch it in their hands for management to declare this a "situation." Good luck with that, buddy.

So this was a problem? I say proceed at your own risk. Let nature weed out the weak...

Subtle, but effective. In other words, watch your head.

Just to clarify, if you're thinking of going down a really steep slope in your wheelchair, watch out for hungry alligators.

But hey! What do you care about the fine? Remember, you're dead.

Maybe something was lost in translation. Regardless, it's pretty solid advice.

The picture really drives this one home, but again, how many times has this happened? NO WIRE HANGERS!

In other words, you will not go quietly into the night. Best to just heed the warning.

You think he's fooling around? He doesn't just wander around there for fun. I suggest that you just avoid diving.

In other words, it's not the good "tingly." Prepare to meet your maker.

Not a Wise Choice

Beware the owls! They have a taste for blood...or hair. Not quite sure what they're going for there.

Here that, Snookie? Bust out some SPF 50.

Remember, something necessitated this warning. Or rather, someone.