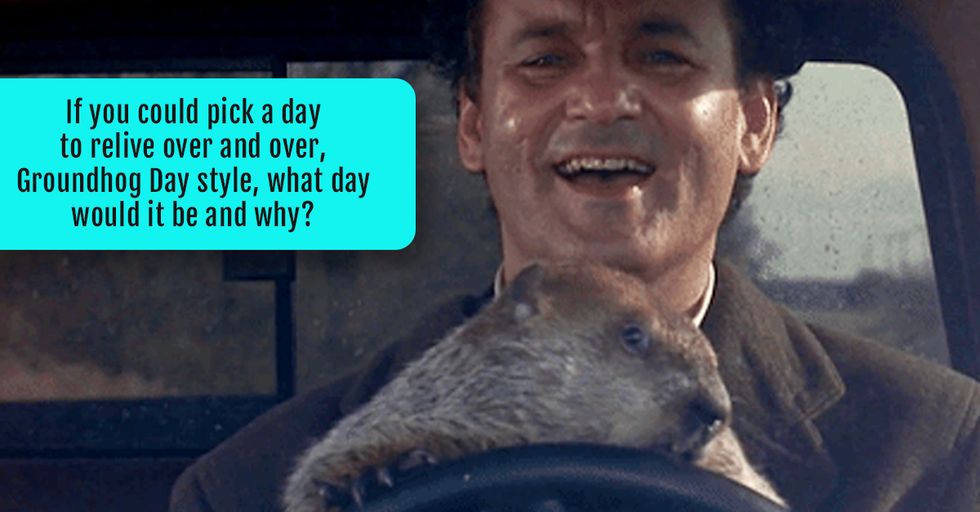 If you’re the type of person who can never think of what to say as you get to know people, we’ve got you covered.

Reddit-users recently discussed some of the stranger questions a person could ask while engaging in small talk and came up with the following list.

Real talk, though: what is the standard definition of a sandwich?

What’s one super power you would NOT want? Their answer could be pretty telling. If they answer seriously or sarcastically or don’t want to play along… -awkward_thunder
If space aliens announced that they would destroy the world in 24 hrs, and there was no way to avoid it, what would you spend that time doing if you had all of the resources you have right this second (money, car, etc.)? If you had unlimited resources? -BurnerGeek
What is the most normal thing about you? Works since nothing is more embarrassing than being normal nowadays. -laterdude
If you could pick a day to relive over and over, Groundhog Day style, what day would it be and why? -bicyclegeek
You just became a member of the Spice Girls. What is your Spice name? -amugnai

What are the laws of the sandwich?

Is a hot dog in a bun a sandwich? Is pizza just an open faced sandwich? Is an ice cream sandwich a sandwich? Everyone has a different sandwich opinion and so far everyone I’ve asked gets super defensive once you cross their sandwich line. Good icebreaker. -DuaneChampagne
If you could bankrupt any person, company, country, or organization… who would it be? -amugnai
"What do you hate?" Seriously, you can have nothing in common with a person, but as soon as you realize you both hate the same things, you'll feel like that dude is family. -Bl4nkface
If you were a flavor, which one would you be? - Reddit user
"Stability or adventure?" "Outside or inside?" "Paper or plastic?" The simple binary questions are good for first time meetings because they're easy to answer but can lead to deeper discussion depending on interests. -Reddit user

Give your conversation partner a chance to talk about something they care about.

What is something that is important to you that you never really talk about? -GLDPineapple
What's your favorite smell? -ThatAngryWhiteBitch
"On an average day, how many pigeons do you think you could reasonably carry?" It's so far out of left field, it throws people off and gets them thinking. They also think you're weird for asking it, but it's worth it for the random answers you'll get. -cinemachick
Is there something that you've dreamed of doing for a long time? Why haven't you done it? - 249ba36000029bbe9749
Share a personal problem and ask your partner's advice on how he or she might handle it. Also, ask your partner to reflect back to you how you seem to be feeling about the problem you have chosen. -249ba36000029bbe9749

And the meaning of life is...

If a crystal ball could tell you the truth about yourself, your life, the future or anything else, what would you want to know? -249ba36000029bbe9749
What's the best part of your day? -Gettingsingledout
How much sawdust can you put into a Rice Krispie Treat before people start to notice? -snapplepeach
What is the funniest real name you've heard somebody use?
If you could intervene during any historic event, changing history, what would it be? -amugnai

What is the most ridiculous, unbelievable fact you know?
One celebrity who you are not currently friends with will be soulbound to for the rest of your life. You guys will never be able to be more than 20 feet away from each other. Who do you pick? -deadlyhausfrau
What conspiracy theories do you believe? -Wazula42
What's the largest mammal you think you could knock out with a single punch? -bennett93ish
Pineapple on pizza: yes or no? Honestly, this question could start a war.

A little thing might seem insignificant to you, but mean a great deal to somebody else.

What's the least important thing (to the world) that is very important to you (personally)? -Weegemonster5000
What’s the most imaginative insult you can come up with?
What are some fun and interesting alternatives to war that countries could settle their differences with?
If you were arrested and your friends and family were given no context or explanation, what would they assume you had done?

If your current body was suddenly inhabited by your five-year-old self, what is the first thing you’d do?