Actors Who Got Their Big Break on 'Seinfeld' | 22 Words 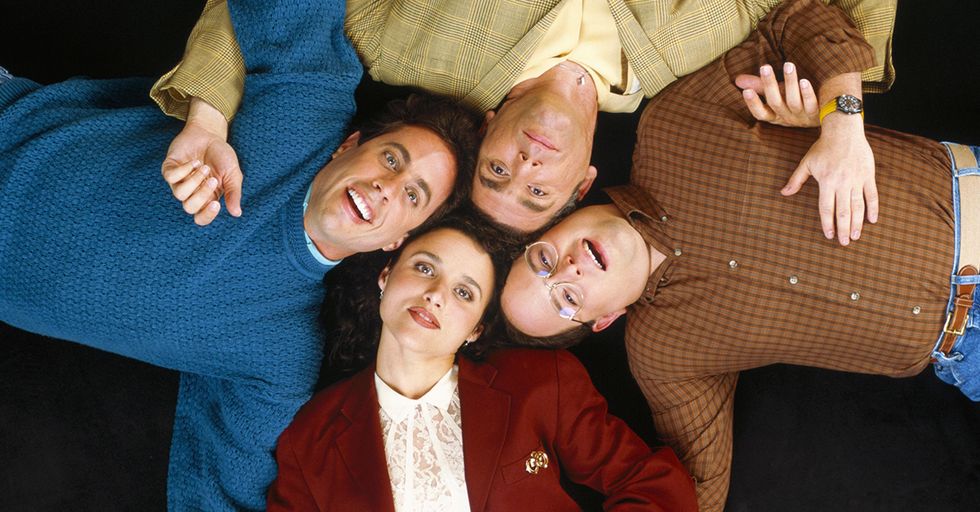 Actors Who Got Their Big Break on 'Seinfeld'

For “a show about nothing,” Seinfeld made a huge splash in the entertainment world. Lots of well-loved actors made their start on everybody’s favorite sitcom.

Years before she starred as Susan on Desperate Housewives, Hatcher had a role as Jerry’s girlfriend on Seinfeld, and also guest starred in both "The Pilot" and "The Finale" episodes.

Cranston had to start somewhere—and in his case, it was as Jerry’s dentist Tim Whatley. Fans will remember Kramer and Jerry's iconic exchange that coined the phrase, "anti-dentite." Perhaps we have Seinfeld to thank for Walter White!

Before her famous starring role on Will and Grace, Messing played Beth Lukner, a friend of Jerry and Elaine, in two episodes.

Griffin is best known for her stand-up comedy (and her off-the-wall antics), and she had a cameo on Seinfeld as Sally Weaver, an old roommate of George's girlfriend, Susan.

Philbin had already achieved fame by the time he got his Seinfeld cameo, but it was still a memorable one—of course, he played the announcer for a Miss America pageant. Next, which Friends cast member made their start on Seinfeld?

Cox had a single-episode role as Jerry’s girlfriend. That same year, she became Monica on Friends.  And the rest is history!

After his four-year stint on SNL, Schneider made his cameo on Seinfeld as Bob, Elaine’s partially deaf co-worker. Since then, he’s been in comedies like The Hot Chick, 50 First Dates, and the Deuce Bigelow series.

The My Cousin Vinny actress made a cameo as herself in the show’s seventh season—George briefly considers breaking off his engagement for her.

Keener made her break on Seinfeld playing an artist girlfriend of Jerry’s. She’s had a successful career since then, with roles in Capote, Being John Malkovich, and Get Out, among others. On the next page, what do American Pie and Seinfeld have in common?

Seinfeld was actually Coolidge’s debut television role. Since then, she’s lit up the screen in hilarious roles ever since, from Stifler’s mom in American Pie to the evil stepmother in A Cinderella Story.

Mullally played George’s girlfriend Betsy in 1993, and since then she’s had recurring roles in Parks and Recreation, Bob’s Burgers, and Will & Grace.

You may know him best from Win Ben Stein’s Money or Ferris Bueller’s Day Off, but he also played a lawyer on Seinfeld (he happens to be a lawyer in real life, too).

Shannon played a co-worker of Elaine’s and later went on to become a regular on SNL. Click next to find out who turned a role as a clown into a serious showbiz career.

These days he works as a writer, producer, and director in addition to acting, but one of Favreau’s first television roles was as Eric the Clown, who gets into a tiff with George.

After portraying Jerry’s girlfriend Lanette, Peet went on to play roles in The Whole Nine Yards, A Lot Like Love, and The Good Wife.

You probably know her best for her prolific comedy career, but she also played Emily, Kramer’s girlfriend, in one of her first television roles.

Kim played a medical student on Seinfeld and was later cast in Lost, Hawaii Five-0, Insurgent, and 24.

You know her as Olivia Benson on Law & Order: Special Victims Unit, but she also played an aspiring actress during Seinfeld’s fourth season. Be sure to share this article with your Seinfeld-loving friends on Facebook!