People Who Had to Shrug and Say 'Well, That Sucks' | 22 Words 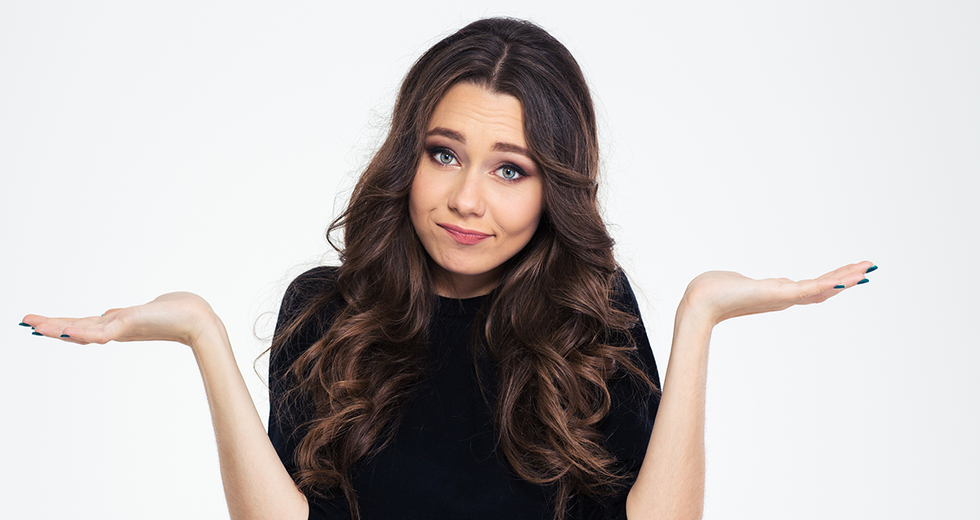 People Who Had to Shrug and Say 'Well, That Sucks'

Usually, if something sucks, you get to work fixing it. For instance, having your sink leak sucks, but if you call a plumber — or even go to Home Depot and buy tools yourself — eventually, it will not suck. The same thing with being hungry — yes that sucks, but once you get to a Chipotle, it will no longer suck.

But sometimes? Sometimes happens that is just so sucky, it inspires no action. All you can do is shrug and say, "Well, that sucks." It's the ultimate defeat — you've been so beaten down by the thing that sucks that you just start planning your life around this suck, losing any hope of making it better.

Because we love and care about you, we sincerely hope nothing that sucks this bad ever happens to you. But since sometimes these sucky things can be very, very funny, we've collected some of the best times the internet was so defeated, they just hung their head, said "well, that sucks," and went on home.

My roommate broke up with his girlfriend last night at a fancy restaurant and she started bawling... everyone thought he proposed to her and started clapping. - FairchildIV

"Their flight left two hours ago."

Yes, it sucks to miss your flight. But on the plus side, whoever lost this here passport is already past security and can therefore buy alcohol and paperback novels duty-free.

Bulgarian police uses pepper spray on protesters, and the wind blows it back into their faces. - H1ggyBowson

The bigger they are...

Ooh, you hate to see that happen to one person, let alone two people, who are just trying to help someone out. See, this is why I never help anyone with anything. Also, I am incredibly selfish.

You know, you could take another hour and send it around the office again.

I'm leaving my job after 5 years today, over 500 people I work with, this is my leaving card. - NubShakeZ

And Jonah Hill was really looking forward to that coffee.

I'm just gonna say this — I believe plastic lids that are not tightly sealed lead to more spills than wobbly tables and earthquakes combined.

Never again will his fandom be questioned.

This kid ran into a lamppost while chasing his favorite soccer player. - FusRoChris

This is a bum deal.

How awful it would be to be known only for the worst thing you ever did. If that same criteria was applied to me, I'd rescue someone from a car and they'd call me "guy who refused to help his friends move even when they help him move."

A fun part of your 30s is waking up thinking you're hungover, and then remembering, nope, this is just how my body feels now. - @thetigersez

Um, did he know that was Vladimir Putin?

This was the last time this young man was ever seen. Best case scenario, he's working down in the Russian mines where all of Putin's greatest annoyances are forced to work.

This was his one chance to be on TV.

Not only did this young man let himself down, he let down the Tennessee Titans. It is impossible to rule out that the Titans' post-season performance has been so poor these last few years because they were so hurt by this moment.

Target's return department is going to have a bad day.

My brand new Roomba ran over my puppy’s poop and proceeded to “clean" the rest of my home. - screamicide

When you boot your phone off seemingly the edge of the world, there's nothing left you can do but cry or maybe go to a club and dance out your anger.

Imagine being said guy who keeps destroying that toilet.

Your co-worker was so grossed out with you that they not only printed out a sign to get you to stop, they inspired other co-workers to jump into the fray.

Have you ever met a celebrity without realizing they were a celebrity? You get this vague sense that you know them from somewhere, but you can't quite place it. I hope that's what was going on for this kid.

Welp, time to move. Out of state.

I have lived next to the same guy for three years. Thought his name was Steve. I call him Steve. His name is Steve in my phone. I've been to his apartment. We've had dinner. His name is Brian. His dog is Steve. - @_rachjd

See, this is why it's so important to choose the right person to zip up your Spider-Man costume. If they get it wrong, you could be stuck inside that costume forever. Then, if the Green Goblin attacks, you're the one who's gotta do something about it.

This is what you asked for.

Some earrings I ordered on aliexpress never arrived and they asked for photo evidence??? - sage_singe_88

Restroom's gonna be closed for a while...

This toilet froze and busted. - SomeoneStopMePlease

An under-looked funny part about this video: imagining children being excited to see a train.

More than a hundred kids were waiting to see this historic steam train in England. - Lord-AG

"Please don't tell the other turtles."

I came in to find my tortoise like this. Putting the clues together, it seems he pooped, got it stuck on his foot, ran in circles trying to get it off, and flipped over. Good job buddy. - Pigglepoo

For every action, there is a reaction.

Another idea: play a piano song on your iPhone and move your keys over the keys all willy-nilly.

My friend lied on his CV that he mastered the piano at age 15 and now he's been asked if he can play for the board of directors on Friday. Man has been sitting in the car for the past half-hour googling "the most painless way to break your fingers." - @Shimz_Afc

I bet that "B" is going to feel really embarrassed when she finds out it was her newborn baby drinking her creamer, and that he read the note and said, "so?"

To be fair, I also did this to my Switch when I couldn't get the last few Power Moons in Super Mario Odyssey.

*record scratch* *freeze frame* Yup, that's me. You're probably wondering how I ended up in this situation.

New skeleton found in Pompeii: this guy was running from the eruption, when a 300kg boulder hit him right in the face. - I_Shot_Marvin

All that money, up in smoke.

Picked my car up from the mechanic yesterday after having a bunch of things replaced totaling $2100 just to have it burst into flames on me this morning. I'm too poor for this stuff! - dogknot43

Co-workers can be cruel.

Got home from work today. Realized I’ve been walking around meeting clients with a giant six or seven-inch rip in my pants that no one said anything about. So I figured the internet should also know. - Krumpus8

Is it that hard to type out the guy's name?

I honestly did not know this could happen and I'm glad this is how I learned about it.

My boyfriend decided to use my hairdryer to dry the inside of his work boots. - MissAcedia