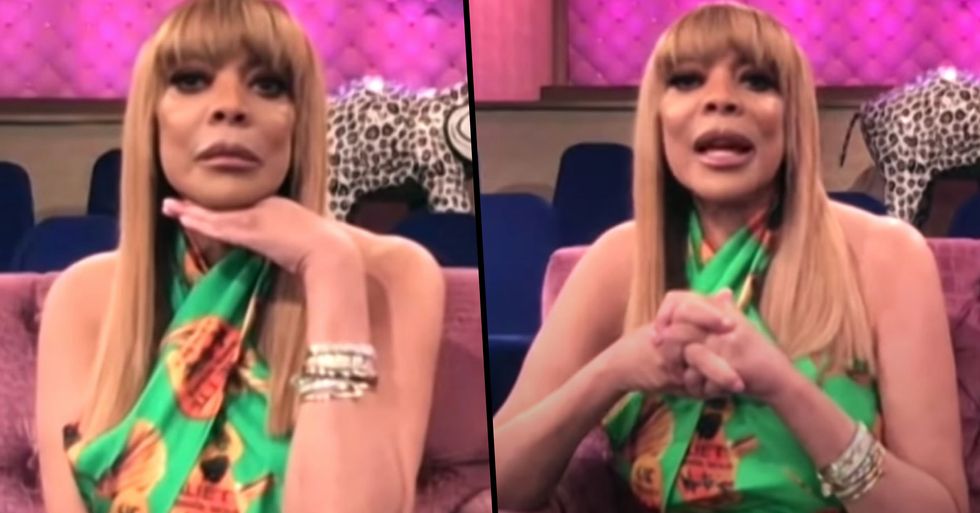 Wendy Williams Confesses She Spies on Her Neighbor While He Showers

Wendy Williams has just revealed what she's been up to in her New York apartment during lockdown, and people are seriously creeped out...

Wendy Williams has caused quite a stir (again) this week...

This time, it was for her unusual almost "criminal" habit she's adopted over lockdown...

The star has left fans suitably creeped out.

It's safe to say that everyone was shocked by her announcement.

The star has landed herself in hot water with fans this week.

This time, the backlash is down to a pretty creepy confession made by Williams...

The Wendy Williams Show is currently preparing to resume production, and it looks like she couldn't be happier to get out of her apartment.

"Well, my thing is, I don't know how big your home is, and how much space you have, but I live in an apartment, you know?" Wendy explained. "Not my fault, but I live in an apartment, and it was very personal to me, for people to see, you know, my area. And people criticized and couldn't understand my groove. And then we just stopped doing that because we were ramping up for new stuff, new season, new Wendy."

Wendy assured everyone they were taking all the necessary precautions to get back up and running...

"Right now we are on total lockdown here at the show," she revealed. "Everyone, including me, we get three different tests every single day, and that's the way it goes."

Despite being excited to get back to the studio, It looks like she was getting up to something pretty weird in her free time during the coronavirus lockdown...

During a guest appearance on Late Night with Seth Meyers, Williams admitted she would use binoculars to people watch outside her apartment.

Now it all sounded pretty harmless at first...

That was before Williams went on to say: "There's an apartment building across, and the man takes showers," she said. "And the shower is right there at the window. And I watch."

As if that wasn't bad enough, she went on to describe the window as "head to ankle" in height.

Seth responded: "When I heard you were looking at people with binoculars, I thought it was about passers by, but I feel like what you're doing now is like borderline criminal." Wendy casually replied, "I peep and I tom."

We have to agree with Seth, and can't get over how casual she is about the whole thing!

Keep scrolling for more on the controversial talk show host...