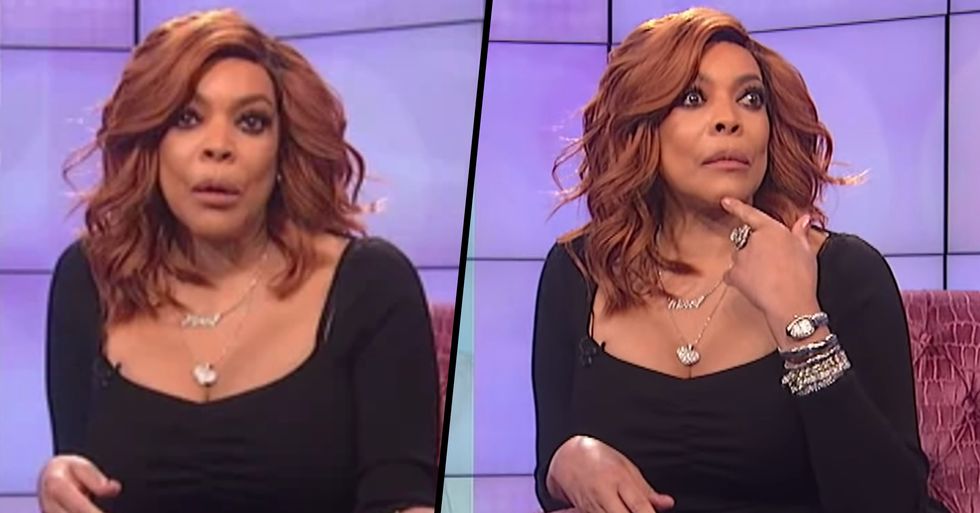 Wendy Williams is known for being outrageously outspoken and this has landed her in hot waters many times.

But the backlash that she has received in recent months hasn't seemed to have sunk in, and she is under fire yet again.

Keep scrolling to see how she appeared to mock Amie Harwick's death...

Many found Wendy's mockery to be offensive and disrespectful to people who have cleft lips.

And his persistence finally paid off...

Wrong! Wendy just won't learn from her repeated mistakes, as the latest episode of The Wendy Williams Show proved.

Her episode from Monday the 17th of February has caused yet another stir...

And this is because Wendy just had to mention the recent murder of Amie Harwick.

Amie, who used to date The Price Is Right host Drew Carey, was tragically found dead on Saturday last week...

She had fallen from a 3-story balcony outside her Los Angeles home, and her ex-boyfriend Gareth Pursehouse is currently being held as a suspect of her murder.

It is a tragic set of circumstances...

And after she explained how the neighbors heard screaming and the cops found Aime dead on the floor, she swiftly added, "Not by Drew..."

She then saw an opportunity for a joke...

She said, "Come on down!" in reference to the gameshow catchphrase, and she then tilted her head up before looking down to the floor, as if watching someone fall.

The audience clearly felt the same as there was no laughter and an awkward silence sat instead.

A few members of the audience gasped and groaned...

And one brave member even pointed out the circumstances surrounding Amie's death had not yet been confirmed.

She got very defensive when she was called out...

Wendy went on to say that "allegedly, the ex-boyfriend did it" – with a sarcastic amount of emphasis on the "allegedly."

She decided to rattle on about Amie's dating history, and she even mistakenly pronounced her name as Dr. Amie Hardwick, instead of Harwick.

Of course, viewers were not impressed with Wendy... yet again!

Joking about a tragic death is not acceptable, and we really aren't sure if Wendy will ever learn from her repeated mistakes.

Many think that Wendy should be taken off the air...

And the loud-mouthed host has ultimately been branded as "heartless" and "rude."

And let's sincerely hope that Wendy has a long, hard think about her future as a TV show host.