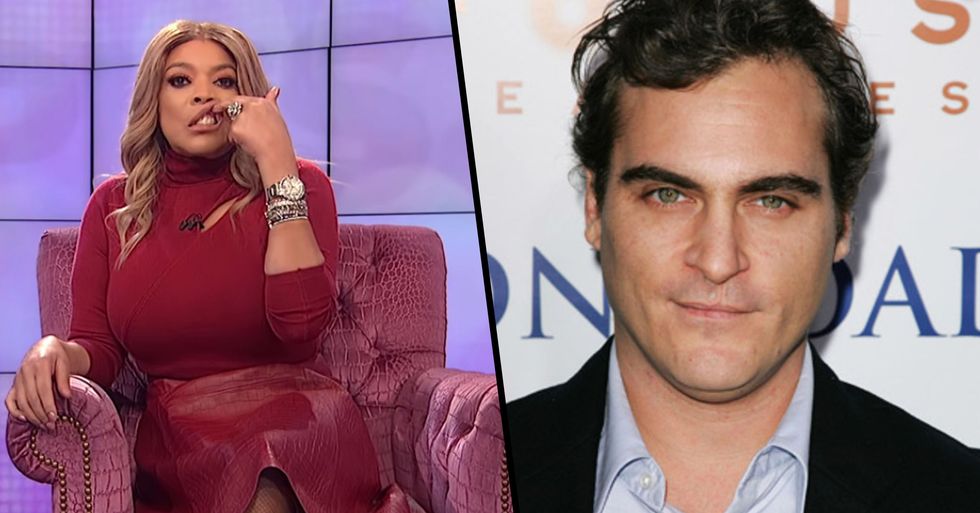 Wendy Williams is known for being outrageously outspoken, but her most recent comment has caused a lot of anger, as it was about our beloved Joaquin Phoenix.

The TV show host cruelly mocked the actor's cleft lip scar, angering millions of people all over the world. And now, after days of backlash and abuse, she has finally responded.

But Williams' most recent comments have certainly ruffled some feathers...

She makes a comment about Phoenix, claiming that she doesn't even know who he is...

But she then starts showering the actor with compliments in regards to his looks, talking about how good looking he is.

This is when things take a turn for the worst...

While gushing over his handsome and "striking" looks, Williams goes on to mention his cleft lip - all whilst mimicking it.

She poses with her finger pushing her lip up for a painful 10 seconds while the audience nervously laughs. Not cool, Wendy.

But what exactly is a cleft lip?

A cleft lip is an opening or split in the upper lip that occurs when developing facial structures in an unborn baby don't close completely.

It is believed that Phoenix was born with a "microform" cleft...

Which is a mild form of cleft that often doesn’t require surgery, but which leaves a small groove in the upper lip, according to the Cleft Lip and Palate Association.

People are not happy.

Many have found William's mockery to be offensive and disrespectful to people who have cleft lips.

It makes for some seriously uncomfortable viewing.

The backlash has been staggering.

And, after days of relentless abuse online, Wendy has finally apologized for her actions.

And his persistence has finally paid off...

The footballer has thanked Wendy for her apology and donation.

Thank you @WendyWilliams for your apology, your donation, and for thinking of Beau today for his surgery. I forgive… https://t.co/0IULIweByr
— Adam Bighill (@Adam Bighill)1579140691.0

"Thank you @WendyWilliams for your apology, your donation, and for thinking of Beau today for his surgery. I forgive you, and I encourage others to as well."

Though not everyone was too impressed with her gesture...

Pop music icon, Cher, shared a photo of the incident, writing, "DOES AN APOLOGY MAKE UP FOR THIS."

But we all need to remember who the real victim here is...

Joaquin was the one who was cruelly mocked and humiliated on television for millions to see, and we are yet to hear anything from the actor. But, despite this horrendous incident, Joaquin has had a tremendous year. Keep scrolling to read more...