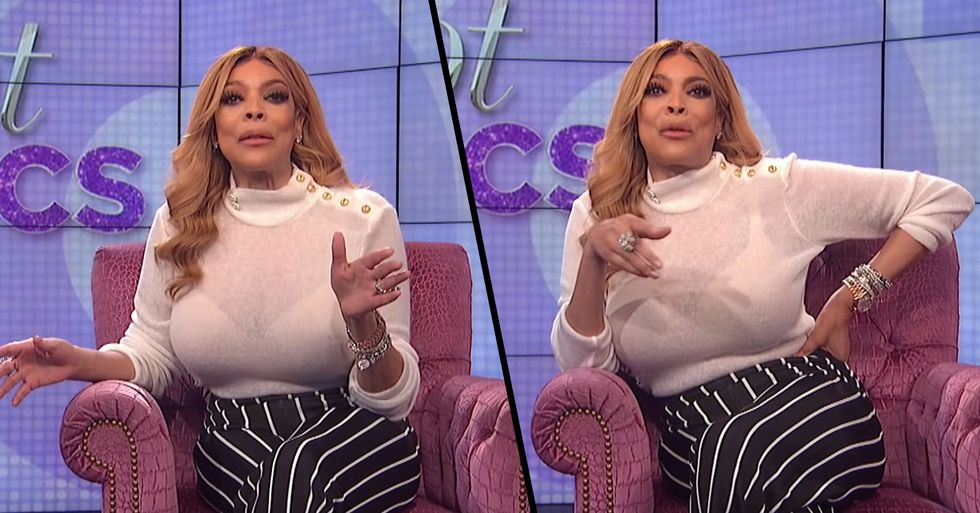 Wendy Williams is known for being outrageously outspoken, but one recent comment has caused a lot of anger, as it was about our beloved Joaquin Phoenix.

The TV show host cruelly mocked the actor's cleft lip scar, angering millions of people all over the world.

But she can't seem to keep her foot out of her mouth. Scroll on for her latest horrific comments...

While gushing over his handsome and "striking" looks, Williams went on to mention his cleft lip - all whilst mimicking it.

Many found William's mockery to be offensive and disrespectful to people who have cleft lips.

It makes for some seriously uncomfortable viewing.

The backlash was staggering.

And, after days of relentless abuse online, Wendy has finally apologized for her actions.

And his persistence has finally paid off...

The footballer has thanked Wendy for her apology and donation.

Thank you @WendyWilliams for your apology, your donation, and for thinking of Beau today for his surgery. I forgive… https://t.co/0IULIweByr
— Adam Bighill (@Adam Bighill)1579140691.0

"Thank you @WendyWilliams for your apology, your donation, and for thinking of Beau today for his surgery. I forgive you, and I encourage others to as well."

Though not everyone was too impressed with her gesture...

Pop music icon, Cher, shared a photo of the incident, writing, "DOES AN APOLOGY MAKE UP FOR THIS."

And now Williams has put her foot in it again.

She made some comments on her show this week that have everyone cringing.

The most romantic day of the year is here!

But with Valentine's Day...

Williams mentioned the day on her show.

But when she saw men in the audience applauding, she hit back.

"If you’re a man and you’re clapping, you’re not even a part of this."

"You don’t understand the rules of the day. It’s women going out and getting saucy and then going home. You’re not a part."

"You can do a lot that we do, but I get offended by the idea that we go through something you will never go through."

"And stop wearing our skirts and our heels!"

"Just saying, girls, what do we have for ourselves?"

"Looky here now, gay men, you’ll never be the women that we are."

"No matter how gay." Yikes.

#WendyWilliams trying to alienate the gay community when they are some of her biggest supporters. Oh dear. https://t.co/ukVgemXO2e
— Wendy Woo (@Wendy Woo)1581630146.0

People on Twitter are confused as to why she's turning on such a large proportion of her fanbase.

Will there be repercussions?

Probably - who knows how the Wendy Williams Show will survive without a proportion of its audience!

We're just tensely waiting to see what wildly offensive thing she says next at this point ... Want more from Wendy Williams? Scroll on for all the info on what the internet terms "fartgate."