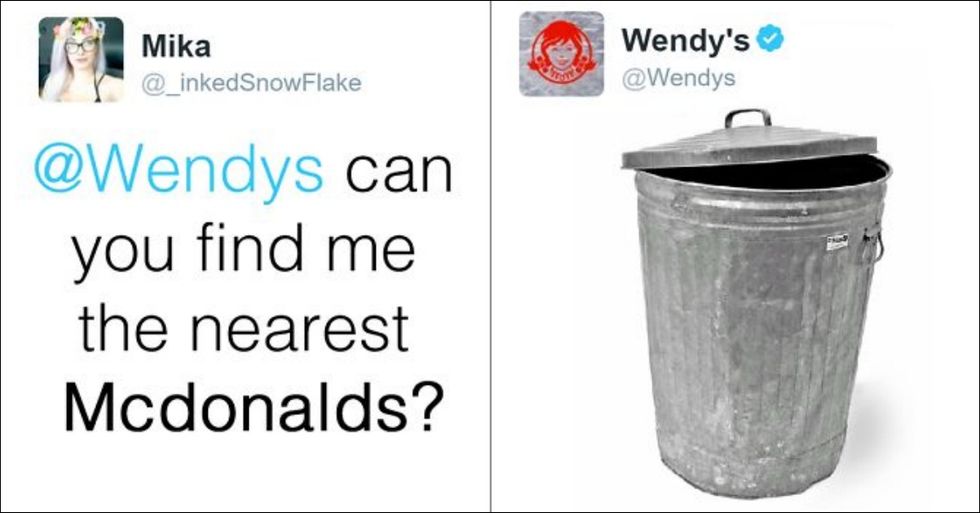 Earlier this week Wendy's lit Twitter on fire with an epic clap back against a Twitter troll. It turns out just because the joint is named after a sweet, innocent little girl doesn't mean they're not hiding sass behind that smile.

Apparently they're done putting up with your crap, and they're not afraid to show it, as more Twitter users are finding out — much to the Internet's delight.

Give this person a raise! Well done, Wendy's. Well done.