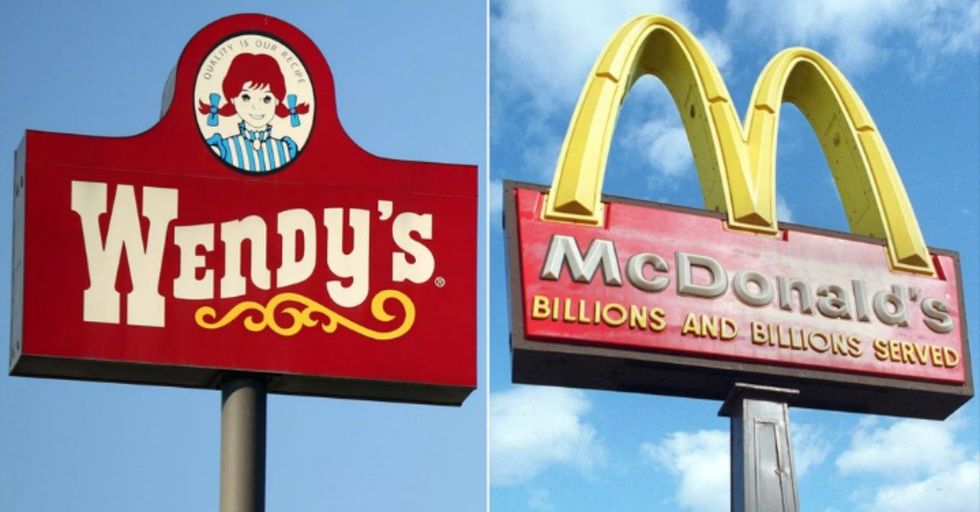 It's been well-established that the person behind Wendy's social media accounts is very good at her job and makes things highly entertaining. She doesn't miss a beat, which is why when McDonald's recently made an announcement it maybe shouldn't have been calling attention to in the first place, Wendy's took the opportunity and ran with it. Or rather, tweeted with it.

It started with McDonald's tweet that by mid-2018, a majority of its restaurants will make the Quarter Pounder with fresh beef — a novel idea.

Sure, that's good news for carnivores who enjoy fast food beef, but kind of looks bad for all the restaurants not falling under the "majority a full year from now."

At any rate, enter Wendy's.

Fans quickly responded to Wendy’s tweet confirming their declaration of war against McDonald’s.

Wendy's then fired back.

Since they had their attention, people started asking the Wendy’s Twitter account to ask McDonald’s more questions.

That's right about the time a majority of their meat in some restaurants will be fresh, right?