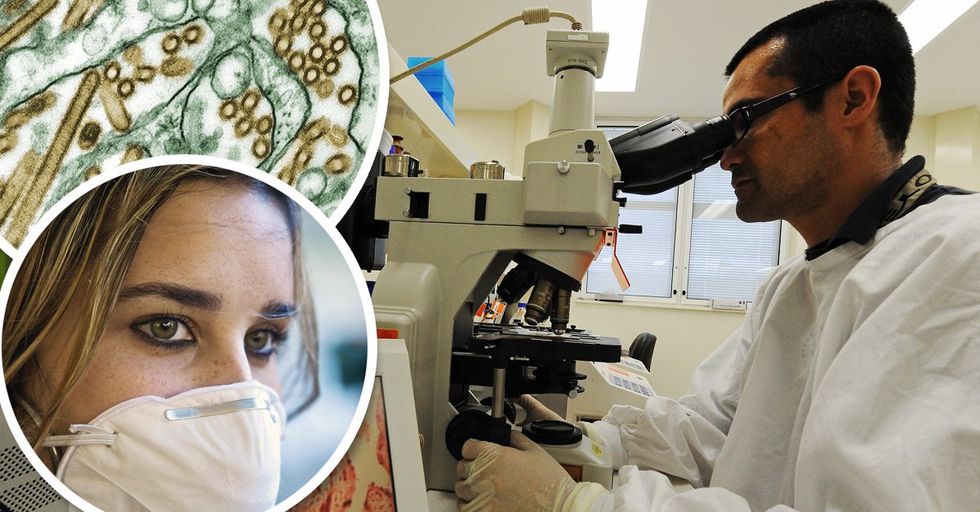 A few weeks ago, I had the flu.

Of course, I didn't know it was the flu at first – or rather, I didn't want to know it was the flu. After all, I'd been warned that this year's flu epidemic was one of the deadliest in recent history with young, healthy people dying of the virus, so I'd done my due diligence and taken my flu vaccine.

I was protected, I thought. Immune. I was also very, very wrong.

It started, as most of these things do, with an itchy throat and a fever. I didn't think much of it – I was working from home that Sunday, so I just put on my fluffiest bathrobe and carried on as usual.
By Monday, I was hacking up bright green abominations, so I thought it was best to work from home, so as not to infect my coworkers with whatever I had acquired. I also made a preemptive call to my sister, a real MD, and asked her what she thought I had. She told me I had the flu.
"Try again," I scoffed in the superior manner of someone who has taken the flu vaccine and is certain they're immune. She then advised me to go to the hospital, because you can't diagnose people over the phone effectively.
To this suggestion, I turned up my nose. No way I was going to the hospital where there were real sick people with real illnesses like the flu. I decided the conversation with my sister was going nowhere and diagnosed myself with strep throat. I'd had it before and the symptoms fit.
I had a fever, chills, raw throat, exhaustion and general malaise – yep, it was strep throat. Besides, I wasn't sneezing or anything, so it couldn't be the flu, right? Wrong!
Wouldn't you know that what I had was the flu? If only I'd known the symptoms – or, you know, gone to the doctor – I would have saved myself a lot of pain and suffering.
Thankfully, the CDC has released a definitive chart showing the difference between the cold and the flu. It's eye opening, particularly for someone like me, who hates going to the doctor.

#FluFactFriday: Flu and the common cold are both respiratory illnesses, but are caused by different viruses. Tell… https://t.co/xs7gT7dvnW
— CDC Flu (@CDC Flu)1516975255.0

The first thing to know is that while a cold's symptoms come on gradually, the flu is way more abrupt. In fact, you can go from zero to feverish in a day.
And speaking of fevers, they're quite usual for the flu, but not as common for a cold (see what I did there?) and if you start feeling like a furnace in the space of a day, the probability is, you need to get yourself to the doctor.
The chart also covers things like fatigue and weakness, which are common for the flu but not the cold, as as well sneezing, which only happens sometimes for the flu, but is quite prevalent for a cold. Examine it at your leisure, and be safe out there!