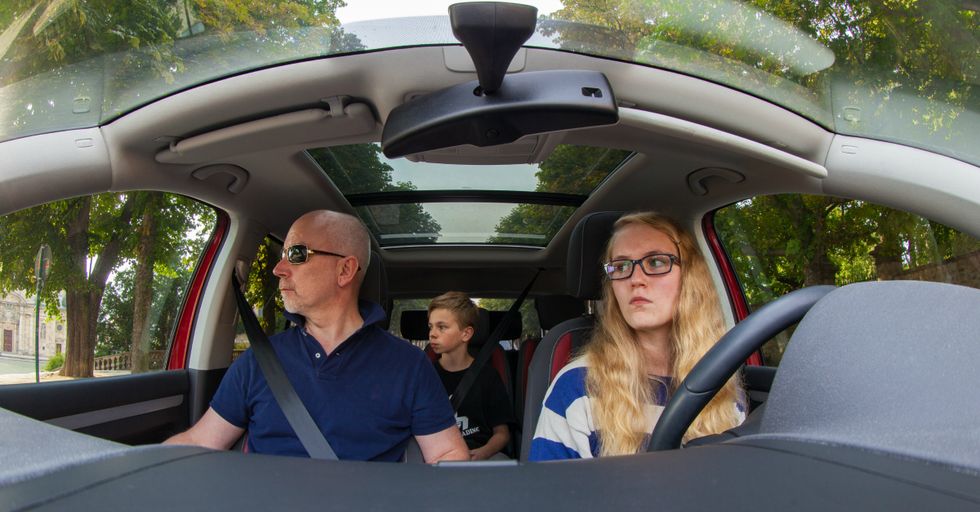 You know when you're driving and then you notice a giant snake looking in your passenger window? No? No. That's because that's CRAZY. But it's exactly what happened recently to two North Carolina teens, and they captured it on video!

There aren't many things more universally reviled than snakes.

Fair to the species or not, a lot of people are freaked out by the sight, or even the mere thought, of snakes. Is it the way the move? The ancient association of snakes with evil? Or some base instinct left over from our cave-dwelling days? Whatever it is, they give most of us the creeps.

The only thing worse than a snake is a big snake.

Seriously, did you see those snakes? There were so many of them. And they were HUGE! And OMG, they were moving so fast. Must never go outdoors again.

But nothing is worse than unexpectedly finding a snake where it has no business being.

This happens. For real. Snakes hanging out in toilets. How can we live in a world like this? Anyway, surprise snakes — especially big ones — are the worst.

No. Nope. No. So much nope. Surprise snake. A big one. Where it shouldn't be.

Two high school students in Raleigh, North Carolina posted this video of a snake slithering up the side of their ca… https://t.co/9oQ03ZC10L
— CBS Los Angeles (@CBS Los Angeles)1507680836.0

It's amazing these kids didn't crash. You can hear them panicking in the background, but the driver kept a cool enough head to keep driving safely, and the snake eventually fell off the car. We're anxiously awaiting the dashboard camera video from the car behind these girls. Can you imagine a snake flying, bug-style, straight into your windshield? (We made that up, but it could have happened!)

Are you wondering WTF you're looking at? It's a flying freaking snake. Or, more precisely, a jumping really freaking far snake. It's a real thing that happens because the world is a scary place. Author's note: I will now have nightmares forever.