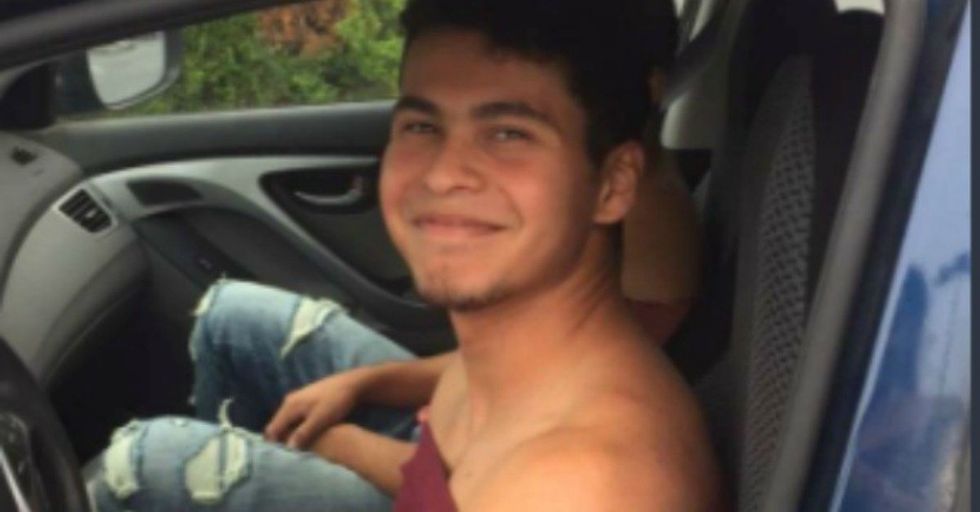 When I was growing up, the hottest trend was sagging your jeans so your boxers showed. Much to the chagrin of parents and school administrators alike, looking like your pants were in the middle of sliding off your behind was actually a fashion statement. Enter: the school dress code.

But over the years, dress codes have evolved from reasonable guidelines, to some pretty twisted, sexist rules about what women can and cannot wear in order to keep the boys from being "distracted."

A recent dress code at a California school has crossed the line into ridiculous territory, and students have decided to fight back.

And the move has already stirred up some controversy on social media.

According to the school, the dress code has always been in place, but they've only recently begun enforcing it.

While off-the-shoulder shirts have gone in and out of style over the years, they're definitely having a major fashion moment right now.

Many ladies showed up for the first day of school in this on-trend style and were immediately rebuked by school administrators, with as many as 50 of them being sent to the principals office. 20 of those 50 girls were even sent home to change.

Really? For that? Talk about a waste of a day of education.

Students tried to argue about the lack of consistency in the rule, by highlighting a bunch of students who rocked the look in the previous year’s yearbook.

But school administrators were not budging.

So, the next day, in defense of their female friends and classmates, many male students showed up to school wearing off-the-shoulder tops.

For obvious reasons, they drew a lot of attention.

Male students turned up en masse in off-the-shoulder tops in a showing of solidarity.

After all, if these scandalous barren shoulders are banned for the ladies, shouldn't they be banned for guys as well?

This clever new form of protesting took off when the boys starting sharing photos of their actions online.

Aside from being funny, their protest highlighted that even the most seemingly small form of discrimination still isn't acceptable.

Students came out of the woodwork to show their support.

Male students borrowed tops from their sisters and friends.

Not gonna lie. This dude is looking fly.

In other news, have we just accidentally discovered the next hot male fashion trend?

Or will the end of this protest lead to the end of the look? Only time will tell. But until then, keep looking good in solidarity, fellas!