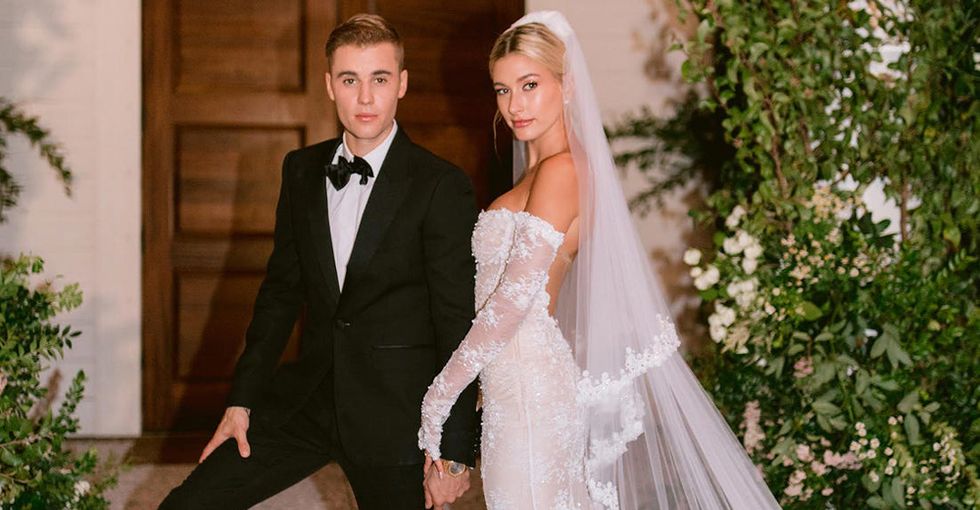 Which Celebrities Got Married In 2019?

We all love to hear about celebrity Hollywood couples. But do you know which celebrities got married this year? Well, what better way to reminisce on the past year and get a quick celebrity buzz fix than a recap of all the celebs married in 2019.

Celebs go all out for their weddings and we definitely want to be a part of that. After all, weddings are one of the most exciting life events. Some of the celeb weddings were a surprise, some a secret, and some were live-streamed on the internet because that's just how celebrities roll. The best part about a celeb wedding is the bride and groom's celeb guests that we only dream of rubbing elbows with. But thanks to Instagram and all of us being celeb obsessed, we get to see small glimpses of their world and remind ourselves of the Hollywood love that we admire.

Many celebrities took the plunge this year so let’s take a look at who tied the knot during 2019, a year that was already overwhelmed with charming celebrity engagements.

The couple was married in the early morning of August 19th in an intimate ceremony in Hawaii. The Rock shared beautiful pictures of their wedding day on his Instagram page.

The couple, who had first been spotted in June 2018, tied the knot on June 8th in a ceremony in Montecito, California.

The couple married on May 11th in a surprise Las Vegas ceremony following the Billboard Music Awards where the Jonas Brothers reunited for a performance. They did do it all again on June 29th in a Chateau in France.

The Youtube stars live-streamed their wedding from las Vegas on July 28th. As the Youtube famous couple leaned in for a kiss, a guest tossed champagne on them and a full-on brawl followed. Many including Jake's also famous brother Logan speculate if it was all a publicity stunt.

The Sexiest Man Alive and his bride tied the knot in Morocco on April 26th.

The Oscar-winning actress and art dealer were married on October 19th. Lawrence's wedding gown was designed by her cousin Lauren Wells who has a bridal collection.

Guests were seen arriving at her father Lenny Kravitz's home in Paris on June 29th.

Marc and Char tied the knot in an intimate New York City wedding on April 6th.

The Jane the Virgin star tied the knot with LoCicero on May 4th.

Chance the Rapper and Kristen Corley

The hip-hop star wed his longtime girlfriend on March 9th at the Resort at Pelican Hill in Newport Beach, California. The pair first met when Chance was 9 years old and began dating in 2013 before welcoming daughter Kensli in 2015.

The supermodel and Tokio Hotel musician tied the knot on a luxury yacht off the coast of Capri, Italy on August 3rd.

The YouTube beauty influencer and LGBT activist said “I do" to her longtime love Getty at the Rosewood Miramar Beach in Montecito, California, on July 12th.

The Glee actress and AYR clothing company president tied the knot after about two years of dating on March 9th in an intimate and romantic ceremony in California.

Burke and her longtime love, actor Lawrence, were married on May 23rd at the Fairmont Grand del Mar in San Diego, California.

Chiquis and Lorenzo were engaged in 2018 and were married on June 29th in California. Chiquis expressed that she definitely felt her late mother's, Jenni Rivera, presence during the ceremony.

Though they've been married for 11 years, the radio star and his animal activist wife remarried in a surprise nuptial on the October 14th episode of The Ellen DeGeneres Show.

The tennis star married his longtime love of 14 years on October 19th. Their ceremony was in Mallorca, a Spanish island in the Mediterranean and Nadal’s hometown.

The couple tied the knot on June 28th, nearly one year after Foster proposed in Italy. This is the second marriage for McPhee and fifth for Foster.

The world-famous DJ wed Backes in a desert ceremony in Utah on September 21st.

The Los Angeles Lakers center married his longtime girlfriend in an extravagant ceremony at the St. Regis in Atlanta on August 24th.

The country star secretly was engaged and married to NYPD officer, McLoughlin. The news came when Lambert shared the news on her Instagram page on February 16th.

The Outlander star wed her music producer fiancé at St. Mary’s Church in Bruton, Somerset, in the United Kingdom on August 10th.

The rockstar and internet personality tied the on Valentine's Day, exactly one year after Lee popped the question.

The Olympian married his fiance on the Indonesian Island of Bali on March 9th.

The Vanderpump Rules costars were married on June 29th in the Kentucky Castle in Cartwright's home state.

The Biebers said their second "I-Do's" in front of 154 guests in a ceremony in South Carolina on September 30th. Justin and Hailey were married prior to this date a little over a year ago in a New York City courthouse.