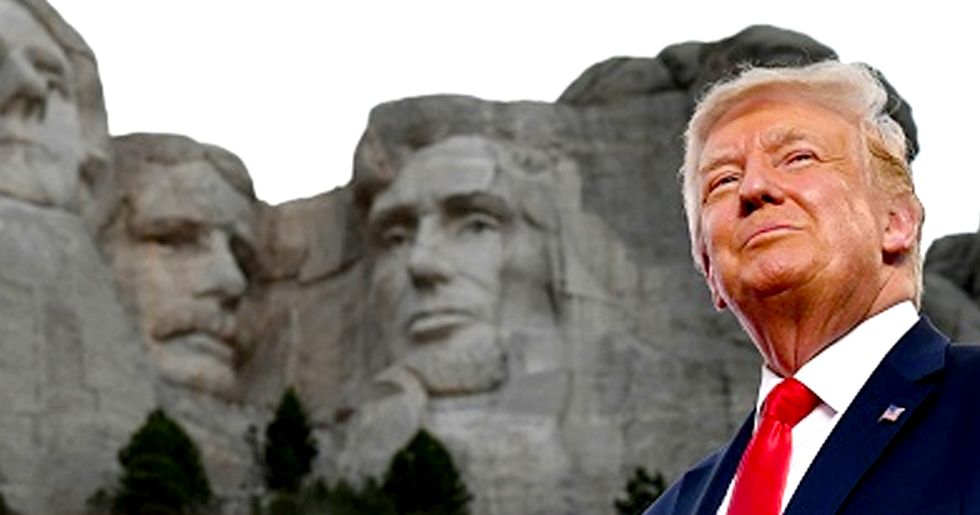 Donald Trump is one helluva prolific headline creator - and here we are again with yet another huge claim.

This time, it turns out the President really wants to be added to Mount Rushmore, and White House aides even spoke with officials about the possibility of making it a reality.

Last week we had another big Trump claim.

What was it? Well the President claimed to be banning TikTok!

Chatting to a reporter on Air Force One, Trump claimed he would be banning TikTok in the United States.

Well it hasn't happened in the past week! But who knows.

And the latest news?

Well news has emerged that the White House has asked about adding Trump to Mount Rushmore. Apparently Trump's biggest dream is to be added to the Presidential sculpture and in 2019, White House aides reached out to the governor of South Dakota and asked about the process of adding additional presidents, reports The New York Times.

He was presented with a sculpture of Mount Rushmore that had his face on it.

The Governor of South Dakota, Kristi Noem, recalled a conversation she had with Trump when she visited the White House. She told the Argus Leader that Trump said to her:

Kristi, come on over here. Shake my hand'. I shook his hand, and I said, ‘Mr. President, you should come to South Dakota sometime. We have Mount Rushmore.’ And he goes, ‘Do you know it’s my dream to have my face on Mount Rushmore?’ I started laughing. He wasn’t laughing, so he was totally serious.

But will it happen? No, probably not.