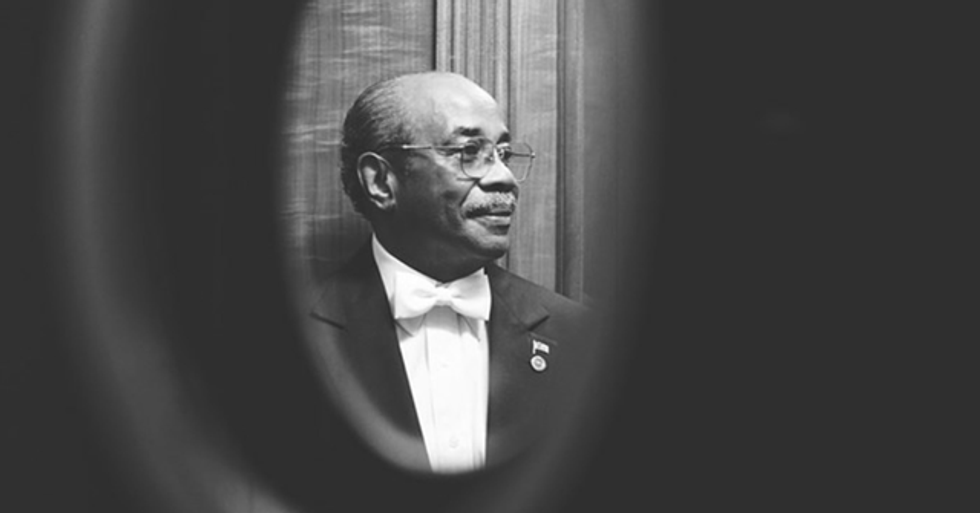 Wilson Roosevelt Jerman, a former White House butler who gave over 5 decades of his life to serving the presidents of this country, has sadly passed away.

Wilson Roosevelt Jerman lived one hell of a life.

Jerman was one of the longest-serving employees in the White House's history, with him working in the presidential residence for over 5 decades.

Now, our country has had many presidencies over the years.

The White House, which was first selected to be the home of all presidents by George Washington in 1791, has become a staple symbol of American politics over the years.

It has become one of the most recognizable buildings in the world...

But very few people have actually stepped foot inside its walls.

Over forty different presidents have lived within the White House...

From Abraham Lincoln, to the current President, Donald Trump, the White House has played home to the most powerful person in the country.

And Wilson served eleven of these presidents.

Wilson's career at the White House started all the way back in 1957.

As a young man, he managed to get a job in the prestigious building.

Granddaughter Jamila Garrett said in an interview with FOX 5 DC that Wilson first began working at the White House as a cleaner under the Eisenhower administration.

Under John F. Kennedy's presidency, Wilson was promoted to a butler after building a rapport with the first couple.

His granddaughter claims that it was actually the First Lady who promoted him.

“Jackie O actually promoted him to a butler because of the relationship. She was instrumental in ensuring that that happened," she explained.

And, even after the dreadful JFK assassination...

Wilson continued to work as a butler in the White House and even worked closely with the Bushs when former President George H. W. Bush came into office.

Wilson's granddaughter even claims that the butler would help a young George Bush Jr to get to sleep.

“When Bush Sr. became president, moved his family into the White House," Garrett said, “George Bush Jr. has a little trouble adapting to a new environment, some trouble sleeping. Well, my grandfather would actually sit with him in his bedroom until he fell asleep."

But, out of all the families he has served...

It was the Obamas who he shared the strongest relationship with.

Michelle Obama even included Wilson in her recent book, Becoming.

“I want to say thank you so much, so much to Michelle Obama for including him in her book," she said. “You know, just considering that we aren’t able to grieve normally, physically together, that is one way that we are able to still feel connected to his success and connected to so much that he promoted around authenticity and building relationships."

Because the circumstances surrounding his death are devastating.

WIlson sadly passed away as a result of the ongoing medical pandemic.

Aged ninety-one, the former butler died after contracting the deadly virus, meaning any funeral plans have been majorly affected.

But, despite being unable to properly grieve the loss of her grandfather...

Garrett is determined to spread his legacy, and has described him as a “family-loving, genuine man" and said “he was always about service, service to others, and it didn’t matter who you were or what you did or what you needed, whatever that he could provide you with."

Garrett said she wants the world to remember her grandfather as a man who was “really authentic."

The tributes have begun to flood in...

“He was a lovely man. He was the first person we saw in the morning when we left the Residence and the last person… https://t.co/nH36rVUpA9
— Peter Alexander (@Peter Alexander)1590010391.0

From previous presidents and from close friends and family.

Your legacy will live on throughout the White House. We have lost so many lives this year, but it is important to look back at their legacy and to remind ourselves of the joy they brought to so many people. Keep scrolling for more...