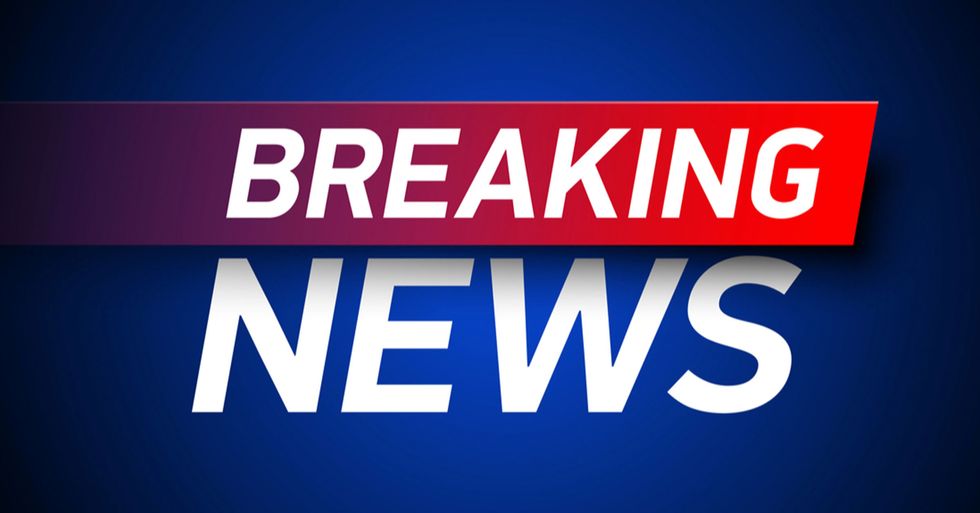 Over the last week, news has come out that many White House employees and top Republicans close to President Trump have tested positive for COVID-19. Among these are President Trump himself, First Lady Melania Trump, and former presidential counselor Kellyanne Conway.

As more cases come to light, people are wondering when they were exposed.

The White House did not require masks or other social distancing practices at these events, and the majority of those who have tested positive were in attendance. While it's nearly impossible to definitively prove where someone contracted COVID-19, these facts point towards the Supreme Court gatherings as the culprit.

The whole story starts with the passing of Ruth Bader Ginsberg.

His choice is Amy Coney Barrett, currently a circuit judge in the court of appeals. She's a well-known conservative, with a history of strong Second Amendment decisions, and an anti-abortion position.

To officially announce her nomination, President Trump held a gathering on Sept. 26.

In the midst of conflict, the president gathered top officials in the Rose Garden to announce Amy Coney Barrett. To say that it was a controversial move is an understatement. With just a few weeks left in his presidency, Democrats are pushing President Trump not to fill the vacancy.

In contrast, President Trump has been moving quickly to confirm Barrett.

The choice of who fills the final seat on the Supreme Court could shape the court for years to come. Barrett would create a solid 6 to 3 conservative majority.

But the challenges have begun before Barrett's nomination has gotten very far.

On Friday, President Trump announced that he and First Lady Melania Trump both tested positive for COVID-19. He was moved to Walter Reed hospital.

It's not just the Trumps.

There's a whole list of people who had attended the Rose Garden ceremony who have shared positive test results:

People were seated close together, and were not wearing masks. Many were photographed hugging, shaking hands, and generally being quite chummy.

The White House has been using a rapid testing device to check for COVID before events.

Unfortunately the device has been linked to incredibly high numbers of false positives, with one study putting it at 45% of cases giving false negatives.

Social media was quick to jump on these problems.

With President Trump's handling of coronavirus already under criticism, many people saw the photos and videos of further evidence of his mishaps.

In addition to the main gathering in the Rose Garden, President Trump and others held additional meetings around the nomination.

These events were held indoors, and included Trump, his wife, Christie, Lee, and Tillis. Indoor gatherings have been linked to higher risk of transmission of the virus.

These factors alone are enough for many experts to see the event as a problem.

“I hope this serves as an important reminder that the virus doesn’t discriminate, that you can catch it whoever you are, and it’s a risk and it’s real." said Kate Grabowski, an epidemiologist at Johns Hopkins University.

But many of those who have now been diagnosed attended additional events and gatherings in the following days.

President Trump himself headed to Pennsylvania for a campaign rally after the Rose Garden event. He has come under fire for his tightly packed rallies, and for not requiring masks or social distancing.

On the Thursday following the event, Hope Hicks, tested positive for COVID-19.

President Trump spoke with Sean Hannity that night about the diagnosis, saying "You know Hope very well, she is fantastic, and she has done a great job. But it is very, very hard when you are with people from the military, or from law enforcement, and they come over to you and they want to hug you and kiss you because we really have done a good job for them. You get close, and things happen." The next day, President Trump announced that he had tested positive for COVID-19.

As more event attendees tested positive, contact tracers are hurrying to test everyone who was at the event.

Anyone who was in close proximity with the president could be at high risk of infection.

Health officials urge anyone who has been in contact with someone with a COVID diagnosis to self-quarantine.

This includes everyone at the Rose Garden event. Of course President Trump and Hope Hicks were at no less than 5 distinct events across the country between the Sept. 26 event and announcing they had tested positive.

They're not the only ones who have not quarantined.

Attorney General William Barr has decided not to self-quarantine, despite being in attendance at the event. He tested negative for coronavirus on Friday, but did not wear a mask or social-distance during the event.

Amidst it all, Mitch McConnell moves the party forward.

On Saturday, Oct. 3 he announced that some governmental work will be postponed. “Previously-scheduled floor activity will be rescheduled until after October 19th ... The important work of the Senate’s committees can and will continue as each committee sees fit," McConnell said in a statement.

One of the things that is not postponed is the Supreme Court process.

Amy Coney Barrett's confirmation hearings are moving forward as planned in the Judiciary Committee. Two of the Republicans on that committee have tested positive for COVID.

As more cases come to light that are linked to the event, it becomes more and more likely that the Supreme Court introduction was a superspreader event.

It's a reminder that anyone can catch the virus, and that careful precautions like masks and social distancing are still incredibly important.

The impact for the country could be major.

With some Republican Senators away with COVID, the Supreme Court nomination may struggle to get the votes it needs. On the other hand, the postponement of Senate business also means that new coronavirus aid packages will likely not move forward. No matter where you fall on the political spectrum, this single event will make ripples for quite some time.