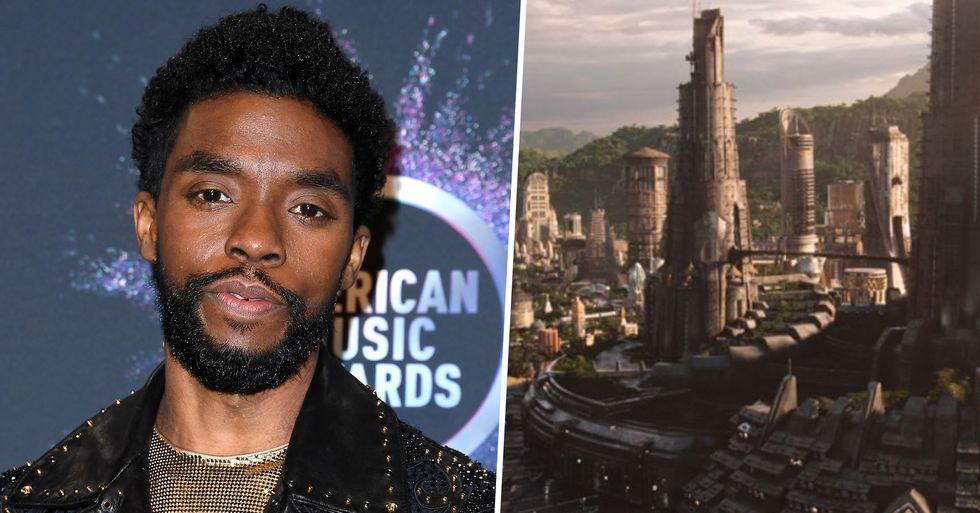 Out of all of the tributes that have been made in the late Chadwick Boseman's name, Whoopi Goldberg's seems to have topped them all.

Keep on reading to find out what she has asked of Disney...

And now, Whoopi Goldberg has spoken out with a beautiful idea to pay tribute to the fallen actor.

Goldberg, who is best known for performance in 1990's Ghost, announced her wonderful idea on Twitter yesterday.

She started by writing a personal message for Boseman.

1 of my all time favorite people on the planet Chadwick Boseman has passed away after a 4 years of fighting cancer.… https://t.co/Knmskcb4bC
— Whoopi Goldberg (@Whoopi Goldberg)1598669676.0

"1 of my all-time favorite people on the planet Chadwick Boseman has passed away after 4 years of fighting cancer. A wonderful actor & a truly nice man. R.IP. condolences to his family."

And then, she decided to contact the people who are in charge of building and organizing Disney World and Land.

"Dear People in charge of building NEW experiences Disney Land and World we don’t really need another Frozen land BUT what we could use is Wakonda, please Disneyworld Disneyland PLEASE build in Chadwick Boseman’s name WAKONDA."

While Disney has traditionally used its theme parks to highlight its animated works...

@WhoopiGoldberg Frozen was a perfect example of the way Disney white washes every story. Black Panther was WAY over… https://t.co/aySFOklnvA
— AllisonG (@AllisonG)1598884663.0

In recent times this has been changing. Big franchise brands that Disney has acquired (like Marvel and Star Wars) have steadily been taking up a bigger and bigger portion of theme park real estate.

Even though Disney is yet to respond to Goldberg's request...

@noradunn @WhoopiGoldberg I think what would be good about it is that it'd be about the only Black representation a… https://t.co/JTUigoPrIP
— Charles 🇨🇦🏳️‍🌈 (@Charles 🇨🇦🏳️‍🌈)1598917409.0

So many people are strongly behind the idea as it is the least that Boseman deserves.

Our thoughts and condolences go out to his family during this terrible time.