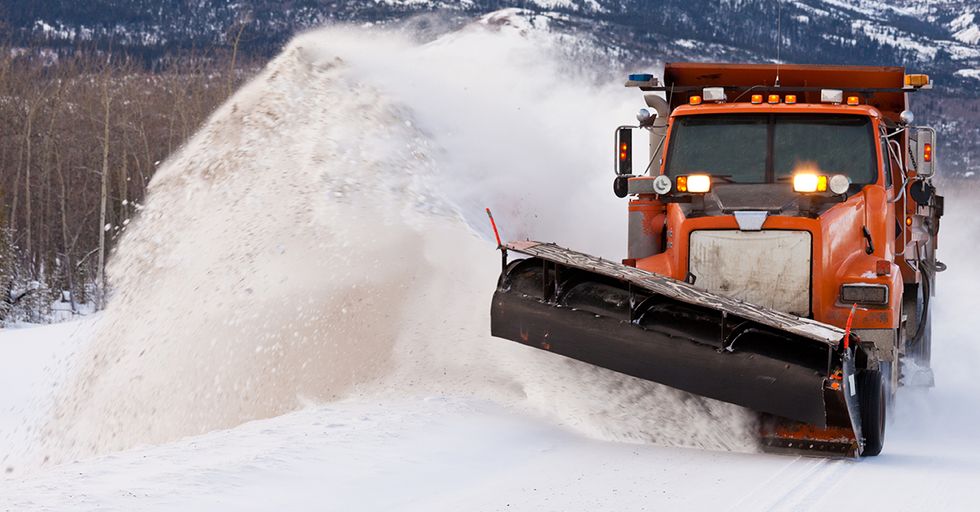 Why I Refuse to Be a Tiger Mom, a Helicopter Mom, or a Snowplow Mom

As a mom, there is this innate desire to want to give my children the world. I work hard to provide a good childhood for my two young girls. I work part-time outside of the home and have two side hustles to earn extra income. My husband has a full-time job and also a part-time cleaning business.

To say that we both do all we can to give our kids all they need and then some is an undoubtedly true statement. As a child myself, I was told time and time again, "no." I grew up with very little and learned from a young age if I wanted something, I had to work for it.

And my hope is my girls learn the same. I don't want nor can I, give them the world. There is a lot to be said for good ol' fashioned hard work. It feels good and humbles you.

But that's not the case for the daughters of two famous moms who are currently in the news –Lori Loughlin and Felicity Huffman. Regardless of what your financial class is, as a parent, you still need to teach your children right from wrong.

Moms like Lori and Felicity are being dubbed a new parenting label in the media.

"Snowplow parents" is apparently a new thing. These types of parents will go to the depths of the earth, or at least break the law, to give their children what they want.

They will literally snowplow their child's way to success.

According to Today's Parent, "the “snowplow parent" is defined as a person who constantly forces obstacles out of their kids’ paths. They have their eye on the future success of their child, and anyone or anything that stands in their way has to be removed."

In case you haven't heard, actresses Lori Loughlin and Felicity Huffman (and forty some others) are currently facing prison time. All because they wanted their children to attend the University of Southern California.

They paid hundreds of thousands of dollars in bribes just so their daughters could be amongst the elite. And since the daughters couldn't do it by merit, their parents plowed their way by flashing some heavy green.

I think we can agree that this type of parenting doesn't truly help a child. Sure, you pave the way for them. But, what do they learn?

They learn that Mom and Dad will do what it takes to get them what they want (and not need). Something of which is not always practical and in this case, definitely not ethical.

I have absolutely no idea what it is like to grow up in an affluent home. I have, however, grew up with an overprotective mother.

At the time it annoyed me and I hated how overbearing she seemed. But as a mother now, I understand.

You do not know what goes on in other people's homes. And there has always been an alarming amount of children being molested. It exists now and existed then back in the '80/90s.

If I had to place a name on the type of mother my mom was, I suppose I would refer to her as a "helicopter mom."

She seemed to be always hovering. And I remember whenever I asked for her help with homework, she'd stay up most of the night reworking everything I had done. She helped, in her way. But I disliked her doing my work for me. I just wanted help.

I don't necessarily think there is anything wrong with helicopter parenting. I get the need for not wanting your kid to fall. But falling and picking oneself up is a part of life.

I swore I would never be an overprotective parent like my mother was and in some ways, I am not. But, if I am being honest, I do worry a lot. And I can say the apple doesn't fall far from the tree.

But, I do know that I will not do my children's homework for them. I will guide them but will ensure they do it all their own.

And sure I work hard so that they can have the extra things like taking dance class or swim class but they are both only enrolled in one activity at a time.

Most parents have good intentions for their children.

But then there are those who get lost in reality or simply learn that money buys anything. And you can guarantee their children will learn that as well.

As the saying goes, "children learn what they live."

And are a product of their environment. And yes you can be the best parent in the world and still have an asshole for a child as they grow. But chances are, most kids learn appropriate behavior based on what they are exposed to at home.

But helicopter and snowplow parents are not the only labels thrown out there.

And if you don't feel like you are either of those, perhaps you are a "tiger parent?"

A tiger parent is probably one who has a Type A personality.

Tiger parents, according to USA Today, 'is known for putting excellence in academics and carefully chosen extracurriculars above leisure time. Parents are authoritarian and have high expectations. This is tough-love parenting where children are expected to respond to challenges."

A tiger mom I am not. I only enroll my children in activities I know they will like. And if enrolled and they don't enjoy themselves, then I remove them from the activity.

And I am not one to enjoy fighting with my kids. My daughter was in ballet last year - by her request. After a few months in, she hated it. But we committed to the recital in June, and I was not going to let her squirm away from that commitment.

From February to May every Friday night was a complete hot mess getting her to that class. But, I reminded her that after June she would never have to do ballet again. And so, though she disliked it very much, she understood I wasn't going to give in.

Knowing I am not a tiger, snowplow, or helicopter parent, I have researched to see just what I may classify myself as.

And I think I may be considered an "elephant parent". These types of parents "value emotional security and connection. Independent sleeping may not occur during the 0-5 years. These parents seek not to raise their voices and value encouragement over academic or athletic success."

My youngest is going to be 4 soon and still finds her way to my bed.

I tried my hardest to sleep train her years ago but after having 2 kids who disliked sleep very much, I finally gave up. And truth be told, I don't mind it now at all.

This type of parenting comes naturally to me. And like other moms, I don't necessarily choose how I parent. It's just something that happens.

It's a part of your personality. Parenting is damn hard. And you do have to enforce rules and boundaries, otherwise, your kids will be total hooligans.

There is yet another type of parenting style.

And that is called "free-range parenting". Based on the name it is given, you can probably guess what type of parenting style this is.

Which means these parents, "allow their kids to walk to school or a nearby playground alone. Young children may be allowed to ride public transportation or shop alone."

While "free-range" is more of a newer term, this is probably the type of parenting that existed many years ago.

I remember my grandma telling me stories of when she was a kid and some of the duties she had. Perhaps times were safer then, but being a free-ranger does not seem like a safe idea (at all).

Sometimes we don't label our parenting style. And there really is no need to.

Some of us are a healthy mix of all styles. And that's OK, too.

Most of us parents just want our kids to grow up and be good human beings.

We also want them to be successful, obviously, and our jobs as parents are to guide them to their destination.

It's not to buy their way into college. And definitely not to keep them from attaining any bump or bruise along the way.

It has been my personal experience that you try harder when you have no help.

We don't choose our parents, just like we don't get to choose our children.

It has yet to be seen what the outcome will be for Lori Loughlin and Felicity Huffman.

But one thing is for sure, their character is destroyed. I will never look at Aunt Becky the same way.

I once admired Felicity Huffman because of her blog, What The Flicka?

The site has since been deleted. Which I think we can all agree was a wise move on her part. Nobody wants to support someone who scams the system.

Some people might argue that they would've done the exact same if in that privileged situation.

But I know I would not. Maybe because I'm a true-blue rule follower (always have been), but also because I believe kids need to work towards a goal.

Taking the easy way it not the best way.

Sure, at times, it makes sense to take a shortcut. And I often find myself saying, "work smarter not harder" to my husband. Because I see how hard he works for our family.

You cannot run before you know how to walk.

Often as a parent, you find yourself saying the same things over and over. Eventually, the kids will learn. It may take years, but they get there. And all you can do is hope you taught them to have a strong moral compass.