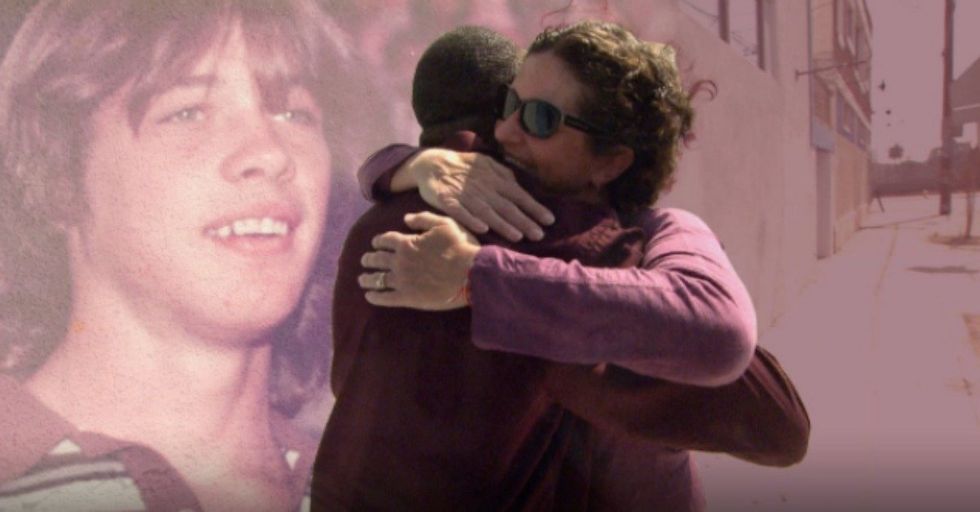 In 1984, Denise Taylor lost her brother Bo to a brutal murder. But instead of living each day with bitterness and anger, Taylor made a surprising choice that changed everything.

Taylor decided to reach out to the man who shot and killed her brother, and then fought to get him released from prison.

You'll definitely want to hear why.

If you lost a loved one to senseless violence, would you shut out the world and resign yourself to crippling grief?

Or reach out to the killer for answers and forgiveness?

In 2005, 21 years after losing her brother, Denise Taylor wrote a letter to the man who killed him.

The convicted killer, Ronald Fields, responded with some surprising words.

He agreed to a visit, and wrote a heartfelt apology to Taylor and her family.

"I am not proud to say that I am Ronald Fields and I was convicted for the murder of your brother," the letter said.

The two met for the first time at the Correctional Training Facility in Soledad, California.

At their first meeting, Fields asked Taylor if he could explain to her what happened the day of the murder. He walked her through the events of the drug deal gone wrong before Taylor showed him photos of her children, who will never know their uncle Jonathan, who Denise called "Bo".

After that first meeting, Denise returned to the prison, this time with her father, Jim.

It took many years and many visits, but Bo's sister and father learned to forgive the man who shot and killed him at age 24. But it didn't end there...

Jim had a complete change of heart in how he saw his son's killer.

Before the meetings, he imagined bringing a gun to the courtroom and shooting Fields while on the stand.

But instead, Jim and Denise got to know Fields, and did something that is almost unheard of in the US:

They fought to get him released from prison.

While Denise's mother has declined to meet with Fields, Jim and his daughter have formed a surprising friendship with him.

"I think maybe 10-15, possibly 20 years, that was justice for Bo. He’s not going to come back. So now the justice I got to worry about is justice for Ronnie. And I don’t think a life sentence is just for him," said Jim.

Fields, who Jim and Denise call "Ronnie", was released from prison on April 16 of 2017.

Fields said that he's not sure he would have had the same compassion as Jim and Denise have had towards him if the roles were reversed.

Fields credits Jim and Denise for his freedom.

"It just made me feel more human, less lost and more civilized, how these people were looking at me," Fields said of his meetings with Jim and Denise. In a heartwarming turn of events, their relationship didn't end there...

Jim and Denise were Field's only visitors for years, and the bond they formed continues now that he's out of prison.

Fields listed Denise as his next of kin on his prison paperwork. Jim even offered to let him live with him after his release.

The strange and wonderful relationship that's blossomed between these three unlikely friends is a complex one, and of course, it's not perfect.

Jim and Denise still have a lot of pain, and Fields is still overcome daily by his guilt. "He is sorry though," said Denise. "I don’t believe he is going to do it again." May we all aim to have hearts this big, and full of forgiveness.