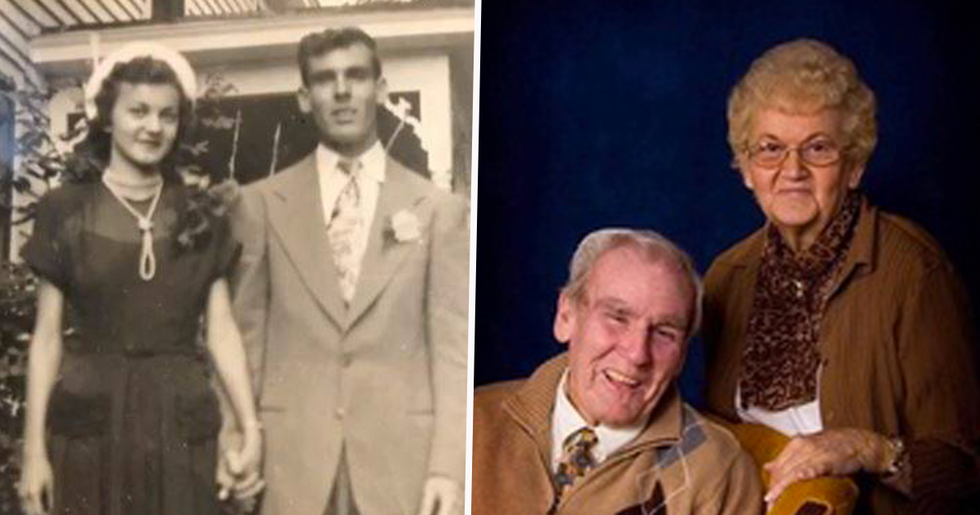 Till death do us part was a mere stepping stone for one couple who refused to leave this world without one another.

Which is why true love stories are so special.

And finding that one special person to spend the rest of your life with is so unique.

But it is amid the most heartbreaking of circumstances.

Raymond and Kathleen Atkins had recently celebrated their wedding anniversary.

Despite Raymond suffering from a prolonged illness, he was determined to be there for his wife.

Over the past two years, Raymond had been battling lung cancer...

...and had recently been in the hospital for treatment.

But he vowed to make it home.

To celebrate their special day on 22 July.

He wanted to spend that time with Kathleen for the last time.

Their son, Les Atkins said: "He called me and said, 'I prayed to God all night and all day that I can leave this hospital, and I will be out of here in the morning.' This was the day before their anniversary."

Fortunately, Raymond did make it home.

Allowing him to celebrate with Kathleen and their family.

Sadly, just a few days after their party, the 90-year-old's health took a turn for the worst.

Les' sister discovered their father had passed away in the early hours of the morning.

Kathleen was overcome with grief.

After losing the person she spent her entire life with.

Les said: "She told my sister that she could not imagine life without him."

After recalling the tragic moment, Les said: "Then, within a matter of minutes, my sister called back and said my mom had crawled in the bed with him and was overcome with grief."

The eighty-two-year-old then said: "I'm not gonna let him go alone."

And at just twenty minutes apart they reunited once again.

He said: "They did not want to go alone. They had endured this life together. They had this strong faith, and they just refused to be apart.

"It's a fairy tale in every sense of the word."

Les said he found some life advice written down by his dad after looking through their belongings.

And it sums them up perfectly...

Les quoted his dad's advice, saying: "'Do the best that you can do.' I think that's all they did for 70 years. They did the best they could do."

After an incredible seventy years of marriage, the couple remained side-by-side.

Their family said they'd always done everything together - including death.

Read their sons heartbreaking tribute below...

Keep scrolling for the craziest news you'll hear all day... One couple waiting to have a baby missed out a big part of the whole process...