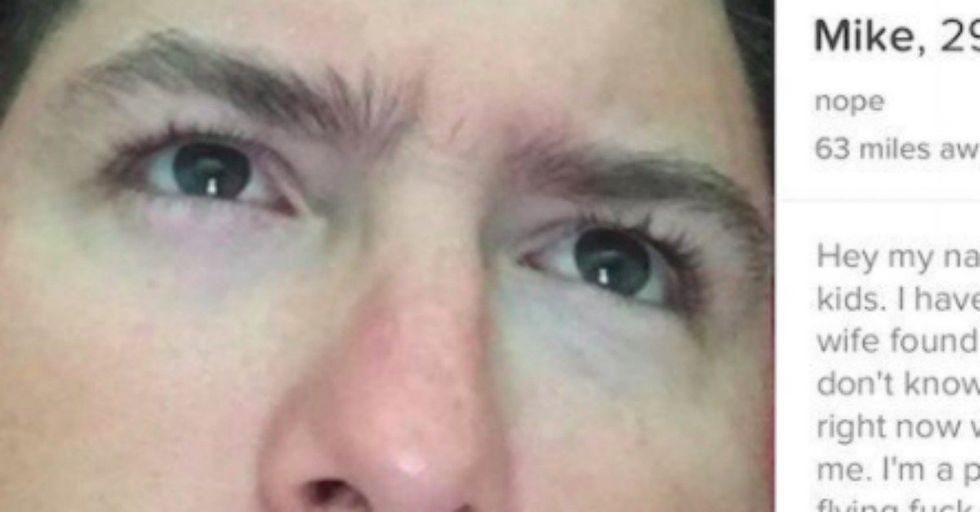 Here's the thing. If you put your picture and your information onto a dating site like Tinder, people are going to find you, which is usually the point.

But if you're a married dude with the Tinder app on your phone, you deserve any crap that's thrown your way — especially by your wife.

For example, meet Mike. His wife did some snooping, found out about his Tinder profile and decided to ruthlessly update it to expose him for the sleezeball that he is.

The brilliance of this revenge is that most people don't check their own profile, so he wouldn't know what was going on unless he started getting the hate mail that he didn't know he was asking for.

Reddit had a field day roasting the guy in the comments while also pointing out that he resembled Quagmire from Family Guy.

Maybe he should include that the next time he rewrites his bio — presumably as a divorced dude this time around.