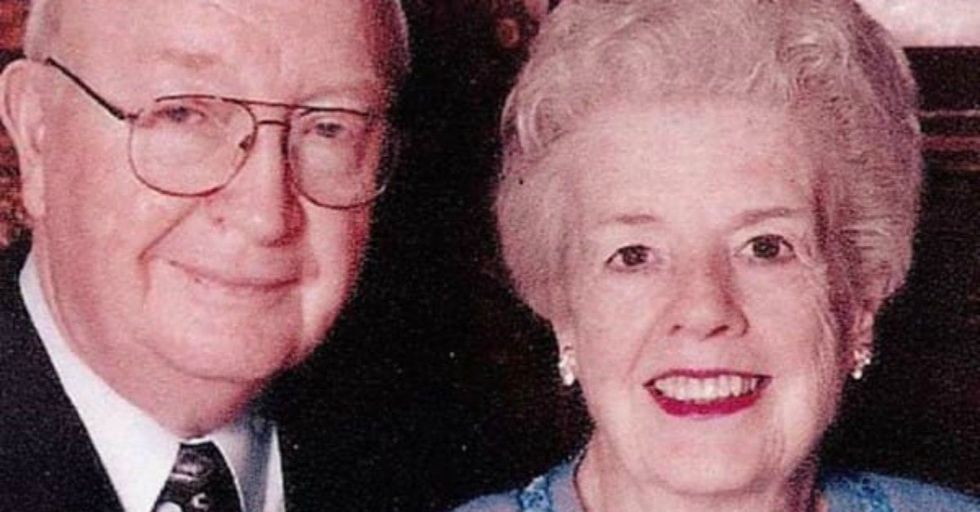 When Jimmy Breland's wife of over 60 years, Billie Breland, recently passed on, his heart understandably shattered.

Then, he opened her checkbook...

Shortly after a Thanksgiving visit with family in Birmingham, Alabama, the Brelands returned home and Billie suffered a fall, breaking her hip.

Billie's short-term memory had been deteriorating over the past few years, and the fall-prompted hospital stay only exacerbated her decline.

Despite a successful surgery, Billie passed on soon after the fall...and her sweet husband of over six decades stayed by her side up until the very end.

As her grandson, Cliff Sims, recounted, his Mimi, as he called her, had been an avid note writer all her life. She'd been a public school teacher and loved writing. In life, she often left herself little detailed reminders all around the family's Mississippi home. So, it was no surprise when, as his Granddaddy began sorting through her things, he found little written reminders she'd kept lying around...all eloquently detailed in her perfect cursive penmanship.

But his heart stopped when he opened her checkbook and found this note...

His dear, thoughtful late wife had left him this little something.

A beautiful reminder of all the love they'd shared, and her hope that one day they would indeed find each other again.

While the family isn't completely sure when she wrote the note, they do know one thing...

It perfectly captures the compassion and devotion these two felt for one another during their 60+ years. Serious chills.