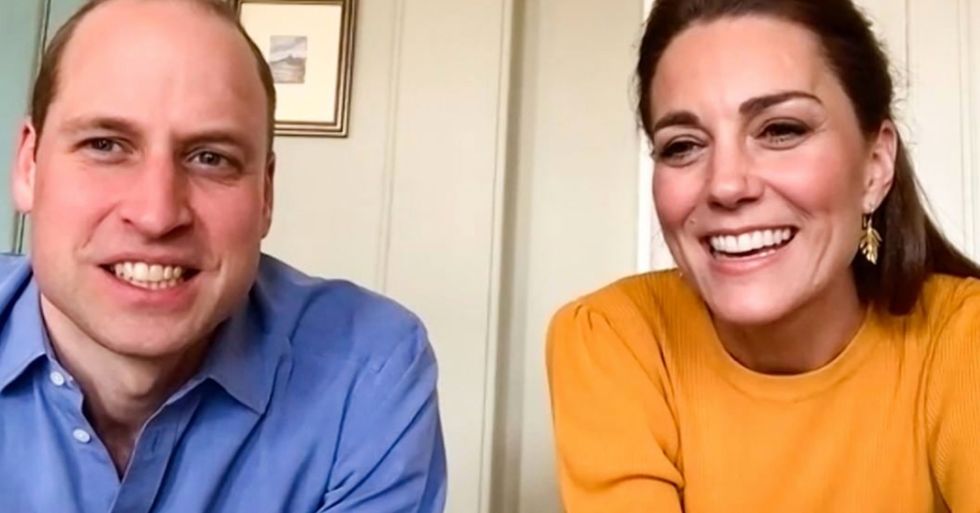 While working from home, the Duke and Duchess of Cambridge, or Will and Kate, as we know them best by, have been giving us small glimpses into their quarantined home life.

The Duke and Duchess of Cambridge are the firm favorites of the younger, more modern monarchy.

Following their lavish and highly documented royal wedding in 2011, Wills and Kate were thrown into the media spotlight, and we still can't get enough of them.

William, who is the son of Prince Charles and second in line for the throne, met Kate at the University of St Andrew's in Scotland in 2001.

So, it comes as no real surprise to hear that the couple are still making a tremendous amount of effort with their royal duties.

Not ones to let a little medical pandemic stop them, William and Kate have been cracking on with their duties from home.

Like the rest of the world, the Cambridges are being forced to self-isolate.

And, especially after William's dad, Prince Charles, was diagnosed with the virus, they have been taking extra precautions at keeping themselves and their children safe.

Last week, the couple shared snaps of themselves working from their homemade offices...

Enabling royalists to finally catch a glimpse into the home of the Cambridges.

They posted the photos along with this caption:

"Self-isolation and social distancing can pose huge challenges to our mental health — in recent weeks The Duke and Duchess of Cambridge have been in regular contact with organizations and patronages to understand the issues they are facing during this difficult time."

Already, their home looks just as elegant as any of us would have imagined.

Only the royals could have a work-at-home set up like this.

And then, they gave us all a second look into their home.

Using the popular video call service, Zoom, Wills and Kate surprised the children at a school in the U.K. Explaining their virtual visit, they wrote: "The Duke and Duchess of Cambridge called teachers and school staff at Casterton Primary Academy to thank them for their hard work and dedication - and to wish the children a very Happy Easter."

The couple could be seen waving enthusiastically to the staff and children...

With a much more normal home setting in the background - we're talking white wooden doors, a single photo frame hung up on, and plain, cream walls.

And, of course, only the Cambridges could look this good during lockdown.

Kate Middleton... Teach me your ways. For more on Prince Charles' current health, keep scrolling to hear the worrying update the royal family have given...