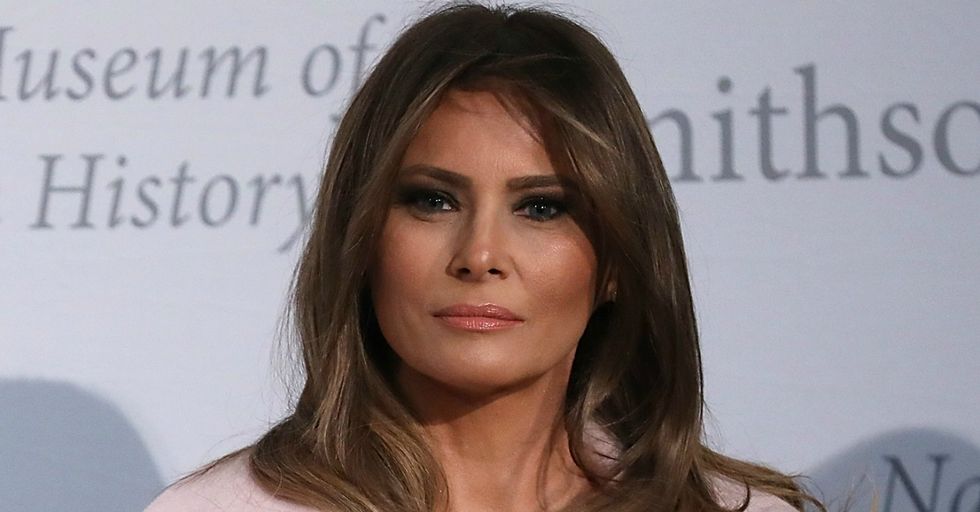 Will Melania Leave Donald Trump by the End of This Year? This Bookmaker Says There's 12/1 Odds It's a Yes

Irish bookmaker Paddy Power is used to making outrageous bets. In 2008, they famously placed odds at 12/1 that President Obama would not "finish his term," wording many people saw as a thinly veiled euphemism for assassination.

Among the more savory bets offered in the past were odds on how many times Obama and Bush would say the word "God" during their respective inauguration addresses (Bush: 3, Obama: 1) and what the Obamas would name their first puppy. (*Psst* — it was Bo.)

Now, Paddy Power bet-makers are rolling up their sleeves and wading into the waters of bad taste again.

This time, the bookmaker is placing odds on whether First Lady Melania Trump will leave her husband before the end of the year.

While the bet has been in place for a while, the odds got more favorable — 25 percent more, in fact — that Melania would leave her husband following "Doublegate." The scandal hit the web last week when people speculated that Melania had hired a body double to pose by her husband. While the Washington Post debunked this theory, people still aren't convinced, prompting Paddy Power to double-down on its bet. This is not the only Trump-related bet in the mix right now, as you can imagine. The bookmaker also has 2/1 odds Trump will be impeached before the end of this year — way more favorable than the 6/1 bet that says he will be impeached in 2018.