Will Smith has made some shocking revelations in his new memoir…

Now as we know, things have been a little rocky for Smith ever since Jada Pinkett Smith’s alleged affair thrust the pair into the spotlight.

For years now, rumors of infidelity between the pair have been rife… But a whole new rumor emerged.

And shockingly the situation continued to develop as Will also admitted that he “cheated” on his wife.

The couple initially met all the way back in 1994.

Jada was only nineteen when she auditioned to play the role of Will’s girlfriend in the hit sitcom, Fresh Prince of Bel-Air.

But the pair hit it off right away.

At 6’2, Will towers over Jada, who is only 5′. But from the audition, Will and Jada built a friendship that soon turned into a romance.

In an interview with Access, Jada admitted that Will was still technically married when they started dating. “He was ‘div’,” she said. “The ‘orced’ hadn’t happened yet.” Will and Sheree divorced in 1995 and they continued to share custody of their son, Trey.

Upon the breakdown of his marriage, Will had asked Jada if she was “seeing anyone,” and her response was “no.” “Cool, you’re seeing me now,” Smith had smoothly told her.

They appeared to be the perfect couple…

And, just 2 years later in 1997, Will and Jada had tied the knot in a private ceremony at the Cloisters Mansion in Jada’s hometown of Baltimore.

Both Jaden and Willow have embarked on careers as musicians since they were teenagers and they’re now proving to be very popular – particularly in the hip-hop and rap scene.

During a HuffPost Live Interview back in 2013, Jada confirmed the rumors…

“I’ve always told Will, ‘You can do whatever you want as long as you can look at yourself in the mirror and be okay.’ Because, at the end of the day, Will is his own man. I’m here as his partner, but he is his own man. He has to decide who he wants to be and that’s not for me to do for him. Or vice versa.”

She then explained: “The statement I made in regard to, ‘Will can do whatever he wants,’ has illuminated the need to discuss the relationship between trust and love and how they co-exist.”

On TIDAL’s Rap Radar podcast in 2018, Will also opened up about their marriage…

He said: “We don’t even say we’re married anymore. We refer to ourselves as ‘life partners,’ where you get into that space where you realize you are literally with somebody for the rest of your life. There are no deal-breakers. There’s nothing she could do – ever – nothing that would break our relationship.”

This solidified rumors about the couple’s unique relationship.

However, shortly after, a whole new spanner was thrown into the works.

He had hinted strongly that he had engaged in a consensual relationship with Jada in his song “Nunya.”

And, to make this story even more scandalous…

He alleged that the relationship, which spanned over several years, “was approved by her husband Will.” What?

In an interview with The Breakfast Club’s Angela Yee, August said…

“I actually sat down with Will and had a conversation. Due to the transformation from their marriage to their life partnership that they spoken on several times, and not involving romanticism, he gave me his blessing.”

“I totally gave myself to that relationship for years of my life. I truly and really, really deeply loved, and have a ton of love for her. I devoted myself to it, I gave my full self to it. So much so to the point that I can die right now and be OK with knowing that I truly gave myself to somebody,” he said.

“I really loved the person that I experienced that [with] and know what [that feels] like – if some people never get that in this lifetime.”

Jada took to The Red Table to discuss the issue.

But in this particular episode, she confessed it all…

But months later, Will Smith also made some admissions of his own…

In a cover story with GQ Magazine in September, the actor confessed that he also had other sexual relations during his marriage to Jada.

“Jada never believed in conventional marriage… Jada had family members that had an unconventional relationship,” he said. “So she grew up in a way that was very different than how I grew up. There were significant endless discussions about, what is relational perfection? What is the perfect way to interact as a couple? And for the large part of our relationship, monogamy was what we chose, not thinking of monogamy as the only relational perfection.”

He continued: “The pursuit of truth is the only way to be happy in this lifetime and we sort of came to the agreement that authenticity was the release from the shackles of fame and public scrutiny.”

The author of the GQ piece revealed that Smith explained to them, that Jada wasn’t the only one that was “unfaithful” but didn’t elaborate on the details.
“We have given each other trust and freedom, with the belief that everybody has to find their own way,” Will told the publication. “And marriage for us can’t be a prison. And I don’t suggest our road for anybody. I don’t suggest this road for anybody. But the experiences that the freedoms that we’ve given one another and the unconditional support, to me, is the highest definition of love,” he added.

But now, Will has once again shared deeply personal information on how he considered murdering his father when he was younger.

And though the revelation is initially shocking, the actor did go into very specific details as to what prompted him to go into that mindset.

In an excerpt obtained by People, the fifty-three-year-old opened up about the abuse both he and his mother faced at the hands of his father.

“My father was violent, but he was also at every game, play, and recital. He was an alcoholic, but he was sober at every premiere of every one of my movies,”  he writes. “He listened to every record. He visited every studio. The same intense perfectionism that terrorized his family put food on the table every night of my life.”

He then delved into a distant, traumatic memory that came to shape his life.

“When I was nine years old, I watched my father punch my mother in the side of the head so hard that she collapsed. I saw her spit blood. That moment in that bedroom, probably more than any other moment in my life, has defined who I am.”

“Within everything that I have done since then — the awards and accolades, the spotlights and attention, the characters and the laughs — there has been a subtle string of apologies to my mother for my inaction that day. For failing her in the moment. For failing to stand up to my father. For being a coward.”

He also added how he crafted this man he has come to be to hide that part of himself, the “coward” which he refers to himself as…

“What you have come to understand as “Will Smith,” the alien-annihilating MC, the bigger-than-life movie star, is largely a construction – a carefully crafted and honed character – designed to protect myself. To hide myself from the world. To hide the coward.”

Will, the tell-all memoir will be available from November 9th.

Separate with commas or the Enter key.The Primary Tag option could be found down below under Post Settings 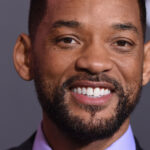