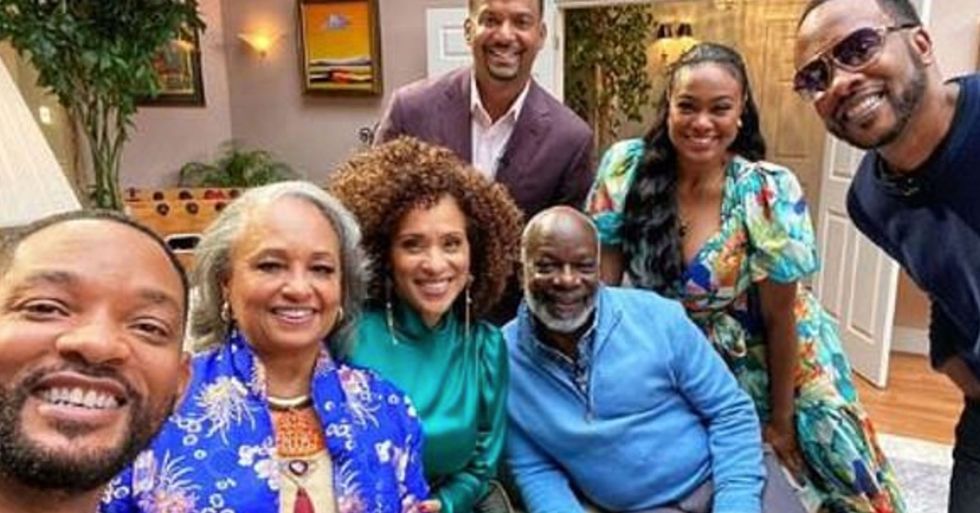 The Fresh Prince of Bel-Air was a truly iconic '90s show - and now it seems as though we may be set for a comeback!

It's the news we've all been waiting for...

And we've got all the details here.

The actor has forged a very successful career for himself over the years... including a die-hard fan base.

But today, hope for a revival has been reignited.

You may be aware that a trailer for a so-called dramatic reboot of the hit show went viral on YouTube. A Fresh Prince super-fan created and directed the clip that reimagined the series as if it were a drama (don't worry, we've got the clip coming right up).

Well, news has surfaced today that Will Smith and Morgan Cooper are teaming up to adapt the viral trailer into a series.

Sources told The Hollywood Reporter that the reboot has been in the works for more than a year after the 4-minute clip went viral.

The show is reportedly titled Bel-Air, the same as the viral trailer.

And has been described as a "dramatic take on the former NBC comedy."

And now Will Smith has shared some exciting news!

"Today is exactly 30 YEARS since The @FreshPrince of Bel-Air debuted."

"A for real Banks Family Reunion is comin’ soon to @HBOmax! RIP James."

Watch the trailer that sparked it all below...

Best. News. Ever. Want more from Will? Scroll on for his and Jada's controversial Red Table Talk ...