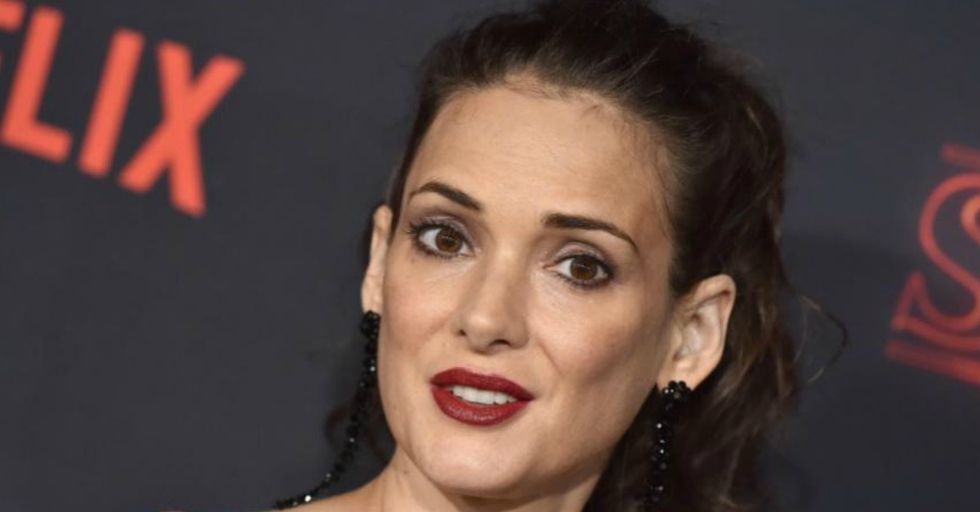 Winona Ryder is enjoying a much-deserved resurgence. Sixteen years after the 2001 shoplifting incident that saw her informally blacklisted from Hollywood, the 90's It Girl is back with a much talked-about turn as a harried mother on the Netflix juggernaut Stranger Things. In addition to the show, she's also coming out with a new movie, and is one of the faces of Marc Jacobs, the same designer whose sweater she stole back in 2001.

She's also opening up about a different difficult period in her life. Way back in the seventh grade, Ryder had a very unique style.

Inspired by the film Bugsy Malone, Ryder had cut her dark brown hair, and had taken to wearing boy's suits. While she liked her style, other people didn't.

In a post, she describes being bullied by a group of her peers during her third day at Kenilworth Junior High in Petaluma, California.

"I was wearing an old Salvation Army shop boy’s suit," Ryder wrote. "As I went to the bathroom I heard people saying, ‘Hey, f***** [a homophobic slur].’ They slammed my head into a locker. I fell to the ground and they started to kick the s*** out of me. I had to have stitches."

She suspects her bullies thought she was a boy.

"I think they thought I was a gay boy," she explains in her biography. As the bullies called her names, including "girl", she tried in vain to explain that she was, in fact, a girl.

They ended up beating her so badly, she ended up with six stitches and fractured ribs.

That wasn't even the worst of it. When she complained to the school, she was expelled for being a "distraction."

Ryder did eventually get her revenge, however.

As she describes in the post, "Years later, I went to a coffee shop and I ran into one of the girls who’d kicked me, and she said, ‘Winona, Winona, can I have your autograph?’ And I said, ‘Do you remember me? Remember in seventh grade you beat up that kid?’ And she said, ‘Kind of.’ And I said, ‘That was me. Go f*** yourself.’" Get 'em, girl!