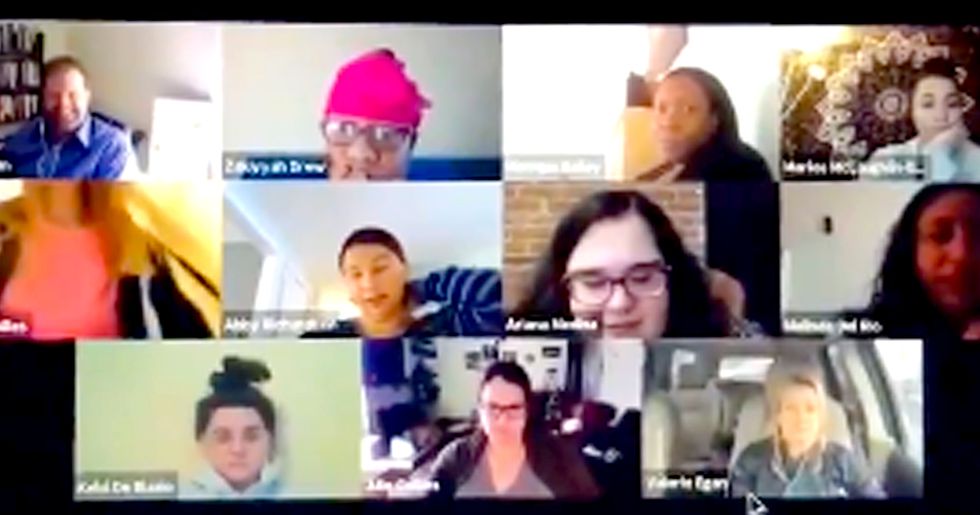 The coronavirus pandemic has brought the entire world to a complete standstill. As the death rates rapidly rise per day, more and more people are falling into a mass panic.

Everyone has been affected by the virus, including the millions who are now working from home.

Working from home isn't all that bad, but one woman made a MAJOR error while on a video conference call with her workmates... She went to the toilet live on camera.

223, 104 to be precise. And, devastatingly, a staggering 9,149 more have been reported to have died from the illness.

You're probably wondering what I'm talking about here, so let me tell you. Jennifer is one of the many millions of people currently working from home.

Working from home isn't too bad.

Unless you make the sort of mistake Jennifer just did. While on a group video conference with all of her co-workers Jennifer made one fatal mistake which has got the whole world embarrassed for her.

She went to the toilet.

Now I have made copious errors in my life - but never, ever, have I made one like this. How did she not realize? What was going through her mind? Or was it on purpose?! Without even thinking, Jennifer places her laptop on the bathroom floor before tearing down her trousers and sitting upon the lavatory.

And they can barely hold themselves together. You can't blame them. Thankfully Jennifer noticed pretty quickly too and grabbed her laptop before turning off the camera.

The Internet is a huge fan of Jennifer.

And countless people online have been taking to social media to praise her - thanking her for bringing some light into these dark coronavirus ridden times.

I honestly hope poor Jennifer knows she is a goddamn national treasure for providing us all with such laughter in the middle of a global pandemic.

Poor Jennifer is giving me such second hand embarrassment I can’t even laugh. I’m mortified for her.

We all need humor during the dark days.

We are all #poorjennifer these days. We’re working crazy hours under extreme conditions with the literal weight of… https://t.co/ZOg55FnqiC
— white Peter (@white Peter)1584900246.0

So thank you Jennifer. We are not laughing at you, but with you. Thank you!