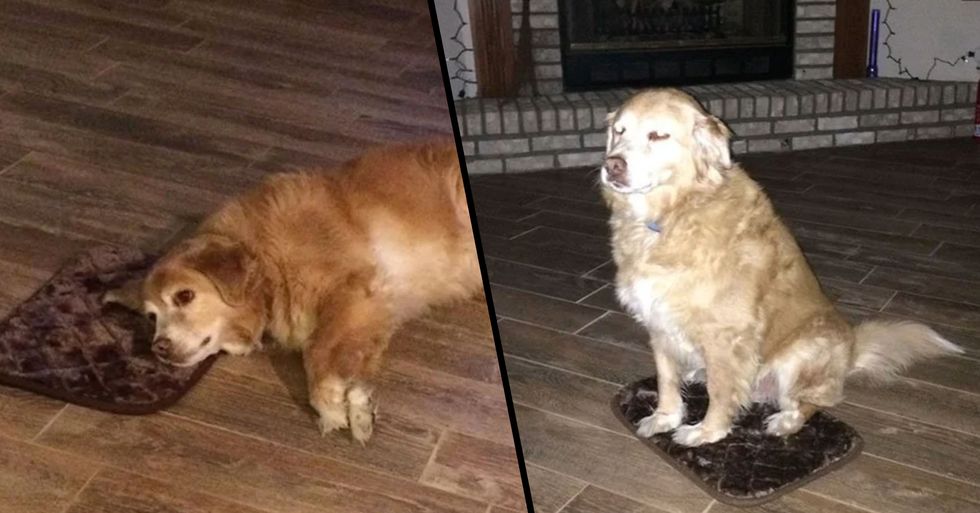 We all know the feeling of getting an obscure Christmas gift from some distant relative that we have to pretend to like for the sake of politeness. Well, that's what happened recently when a woman bought a bed for her pooch, Kenny.

When the bed turned up - it wasn't exactly what she or Kenny were expecting.

Keep scrolling to see the snaps. This proves why dogs are truly the best...

And it doesn't take much for one of them to become a viral sensation.

Because what's not to love?

And the latest doggo to become an internet sensation?

But, when the bed turned up it wasn't what she had in mind.

It was a little on the small side...

Actually, it was a lot on the small side. Keep scrolling for the hilarious pics.

That didn't stop Kenny from trying to make the most of the gesture.

The precious pooch did his best to be grateful.

And the subsequent pictures are absolutely adorable.

We can't get enough of this sweet little canine. Keep scrolling to take a look...

The snaps were uploaded to Twitter by the owner's daughter.

And it didn't take long for them to go viral.

The reactions were strong, to say the least.

This reminds us of all those obscure Christmas gifts we had to pretend we liked, just to be polite.

His face says it all.

He tried his best...

That doesn't look too comfy.

He even had a go at having a snooze.

It's the thought that counts, right?

Safe to say, Kenny now has a new bed.

To read another wholesome story about a sausage dog and a seal who become best friends... keep scrolling.