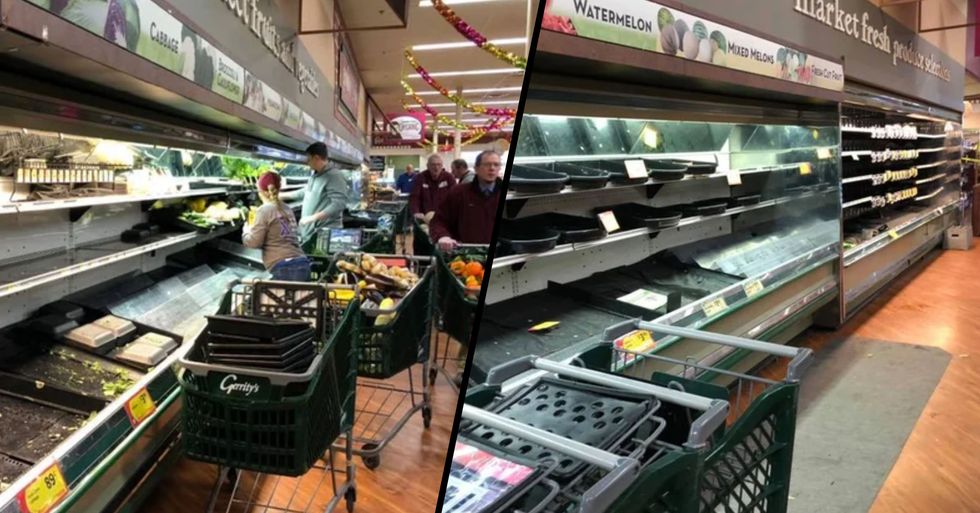 Way too many people around the world have been left without groceries due to the extreme stockpiling that people have been doing during the COVID-19 pandemic.

One woman has now caused total outrage after she coughs all over a store's fresh produce, resulting in a lot of waste.

With the deadly COVID-19 sweeping the planet, millions have descended into mass hysteria - And have been frantically stocking up on basics such as toilet paper and dried pasta as a result.

Yet one woman failed to do this recently.

It all happened in a Gerrity's Supermarket branch in Pennsylvania on Wednesday afternoon.

The supermarket addressed the incident on their Facebook page...

It is such a devastating loss for the supermarket...

And in the current climate, they cannot afford to be losing this much stock. Make sure to keep scrolling to learn about the genius trick a store has come up with to stop people from stockpiling hand sanitizer...