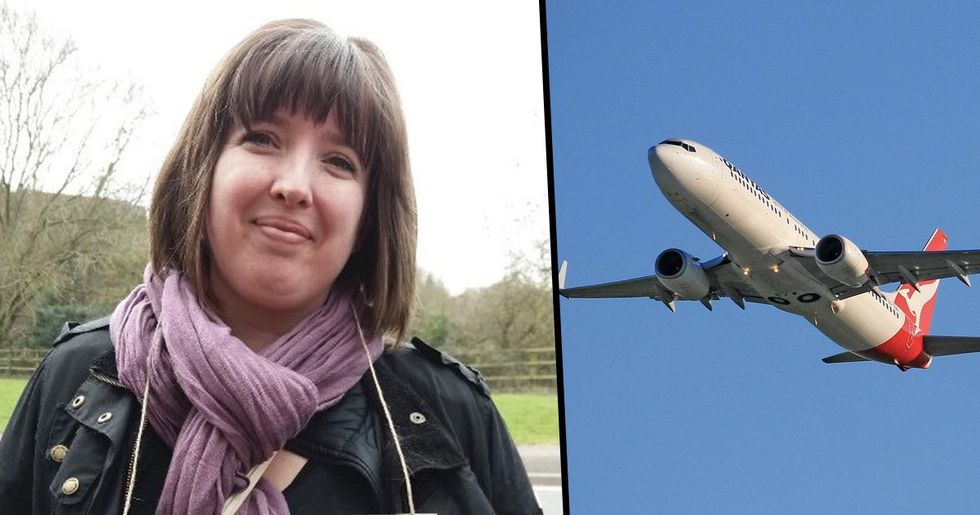 Civil rights activists often use the term ‘Microaggression’ to refer to the everyday and common exclusion of women and other minorities. Often these exclusions are accidental, driven by a society that often doesn’t place such minorities or women in recognised positions of power and influence. Sometimes a scientist or doctor can find their opinions and theories undermined due to their gender, even though they are still just as qualified as any man in the same position. This was recently the case with an Irish doctor called Siobhan O’Dwyer, who found herself being referred to as “Miss” by an airline attendant. Demonstrating just how undermined some women can be just because of their gender.

To become a doctor in any field is not an easy task, it is a profession that can take up to 10 years of training, studying and education.

And your skill should never be judged by your gender.

Of course anyone can be a doctor, regardless of gender. And no doctor should be undermined by such a natural facet of their existence.

However, many women are.

And although many may believe this, there are still some small minded people who brand women as lesser because of their gender.

Ignoring all their hard work.

Completely disregarding their years of hard work and preparation.

This was the case with Siobhan O’Dwyer.

Sadly, Irish doctor, Siobhan O’Dwyer experienced such an underestimation in the summer.

It was just a trip to Australia.

While travelling to Australia, O’Dwyer was referred to as ‘miss’ by the airline attendant, even though her ticket was booked under the title of Doctor Siobhan O’Dwyer.

O’Dwyer was aggravated by this dismissal.

Disheartened by such ignorance, O’Dwyer decided to voice her upset on Twitter.

Here is what she said:

Completely understandable. Or was it?

Of course, the tweet has led to both praise and criticism.

Some have called O’Dwyer entitled.

This fellow academic called out O’Dwyer for her tweet, calling her ‘entitled’.

Because O’Dwyer is not a medical doctor, some questioned her upset, stating that she should not expect such a title if she cannot a person’s life.

Others called her immature.

Everyone is entitled to their opinion, and this person believed that O’Dwyer was being immature with her tweet.

But some did show support.

This fellow Twitter user supported O’Dwyer’s observation, noting that she to has been undermined due to her gender.

She also received back lash from other ‘Trolley Dollies’.

O’Dwyer’s tweet was also negatively received by flight attendants, who have been trying to explain that using the term ‘Miss’ is perfectly normal in such an experience. And that being a ‘doctor’ does not affect their treatment or regard for your safety.

With so many comments and shares, O’Dwyer eventually saw the negative reception she was receiving.

In the post, O’Dwyer defended her comments, stating that she was not complaining about the title but about the fact that she was undermined due to her gender.

Of course some supported the academic, wishing her luck in her further studies.

Others again called out her ‘entitlement’.

Some again believed O’Dwyer to be overreacting to such a miniscule slur.

And some called her out on wanting to be treated differently.

Although this tweet is somewhat passive aggressive, I think the sentiment behind it is one that should be put into practice more. As humans, we are all equal.

Do you think O’Dwyer is justified in her response?

Or do you think O’Dwyer is being entitled?

We’re not her to judge, you can love her or hate her.

But has this opened up a conversation?

But we do have to stop and wonder if O’Dwyer’s tweet has actually opened a topic of conversation on gender in the workplace.

Are women doctors and professors undermined?

Have we overlooked how mistreated women are in the world of academia? Maybe O’Dwyer has finally called the world out on its ignorance to such issues.

Sadly O’Dywer may have be contributing to the stereotypical image of an entitled feminist – a stereotype that continues to harm the movement to this very day. Maybe O’Dwyer should have worded her tweet differently?

But the door is open.

But no matter how you feel about the topic, it is one that needs to be discussed.

And O’Dwyer has done that.

And O’Dwyer’s experience has shed some light upon the issue.

And regardless of how you feel about the subject, maybe now you'll make sure you're addressing a person by their correct title.

It is moments like these that make us think twice about society's attitudes towards gender.

After all, O'Dwyer is not the first, nor the last woman, who will be undermined due to her gender.

In future, just make sure that you check your gender privilege. Maybe we could make the world a more equal place.