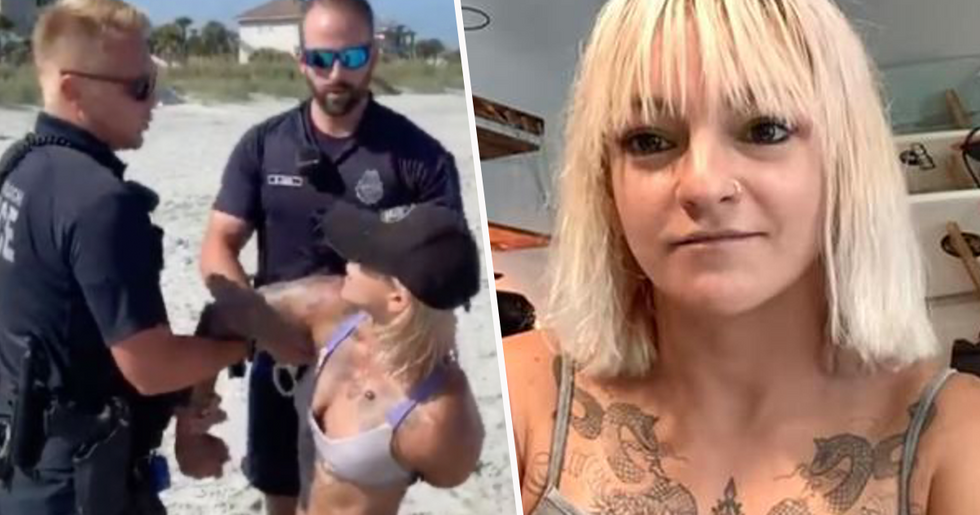 You'd think in 2020 women would be able to dress their bodies how they see fit, or at the very least wear a bikini at the beach without getting detained.

That clearly wasn't the case for one woman sunbathing on Myrtle Beach, and she is determined to change the law...

Lately, the hot weather has enticed many people into visiting their local beaches.

And wearing layers of clothing is never ideal when you're trying to soak up some sun.

Well, one woman has made it her mission to change the laws around bikinis.

After experiencing something totally uncalled for at her local beach...

Clearly Panda wasn't in the wrong here, and she is determined to change the rules surrounding bikinis...

The twenty-minute video has now been viewed over 1.6 billion times.

"A woman called the cops on me because of my bikini. That's how this all started," Panda captioned the viral clip.

The police can be heard reading one of the rules to Panda after removing her, saying: "[It] shall be unlawful for any person to appear in the nude at any public beach."

Wearing a thong is considered a form of indecent exposure on Myrtle Beach.

She believes the ordinance is "discriminatory" and "unfair to beachgoers."

Panda is now getting a legal team together to challenge the beach's thong ban.

She is hoping that the ordinance is made more "quantifiable," making the laws more lenient for visitors and police.

And a lot of people are supporting her actions.

Isn't it about time women should be allowed to have control over their own bodies, without being told how to dress it?

Keep scrolling for more disorderly thong-duct, as one woman from the Maldives resists arrest for wearing a bikini on the beach... The world's gone mad.