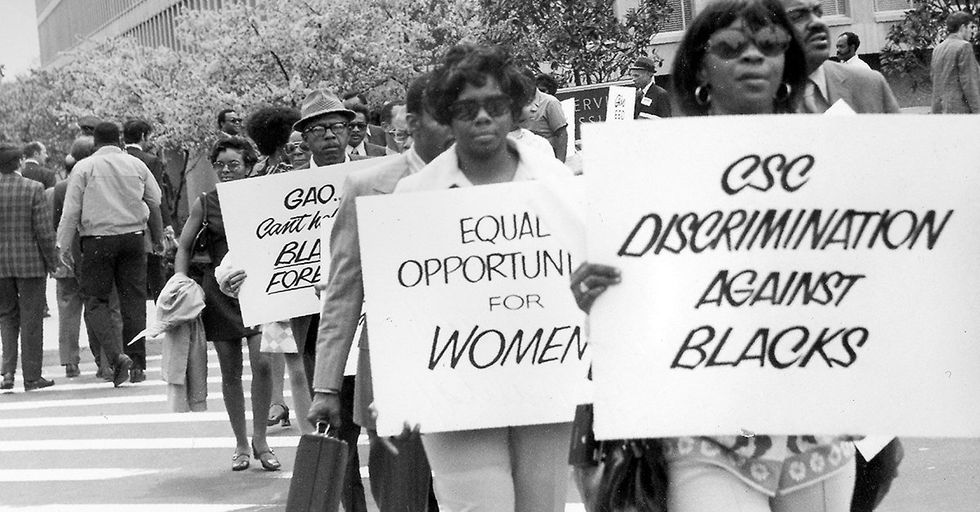 Recently, Twitter user @MimZWay shared a few of the many experiences with institutionalized racism that her African American father had experienced. It's an incredible story and a sad one. So many people in our country still find themselves dealing with this kind of institutional racism. While MimZWay's father and his wife are doing well as of today, his struggles will break your heart. And, hopefully, get you in the mood to identify and fight such racism when you yourself find it!

MimZWay's story begins with high school and takes us through her father's time with the Navy. It follows his long quest to buy a house for his wife and children. Despite his eventual success, the obstacles in his way are infuriating. His perseverance, therefore, is nothing short of inspirational! Get ready, and read MimZWay's emotional story for yourself.

First of all, if you've ever doubted the severity of institutional racism, this post will prove you wrong.

It is very real.

Twitter user @MimZWay shared her father’s gripping experience with racism as a US veteran.

And this thread is only a part of his story!

Here's how the story begins:

Free tuition, sure, but her father couldn't take advantage of it.

What good is an opportunity if you can't see it?

He was a gifted engineer in the making...

Those skills are always valuable.

It seemed like the Navy would solve his problems.

Things aren't always as they appear.

But the Navy wasn't as accommodating as it promised.

Cook, janitor, or barnacle scraper are poor consolation prizes for someone who joined to be an engineer.

Nevertheless, her father did what he could.

He kept at it, despite the unfairness of the situation.

Eventually, the Navy figured out how much they needed him.

Although they should've given him electrical engineer training in the first place.

And he proved himself to the whole ship.

He even made waves in the engineering program.

It took him time, but he made it.

But his problems were far from over.

Because of course it wasn't.

Owning a home was twice as hard.

Despite his veteran status, he couldn't get the help he needed.

And finding work shouldn't be hard for an engineer, but...

It was anyway, because of institutional racism.

So he made a difficult decision.

Imagine that kind of sacrifice to buy a house for your family.

And the rest of his family sacrificed, too.

Not everybody is forced to work this hard for a home.

But finally, they were able to pay for a house.

The process was over-complicated, however.

And there are many other examples.

MimZWay has plenty of other stories from her father.

He faced things daily that other people never worry about.

Learn from this story.

Because when her father (and many other veterans in those days) needed it, the VA system failed.

The thread received an outpouring of support on Twitter.

And a well-deserved one, at that!

Many people were shocked at the story's twists and turns.

In this case, thankfully, there was still a happy ending.

Many agreed the story should be reaching more eyes and hearts.

When people share their experiences, it makes them easier to address.

And it's a sadly common story.

MimZWay's words resonated with many people.

Families are still feeling the effects of those old injustices.

Too many families to count.

Many missed their true callings due to this racism.

And people outside the U.S. found it understandably bewildering.

It's not all different, but we can work to make it better.

Her father is still grabbing life by the horns!

And employing his hard-earned skills!

This story is really important.

Stories like this show us how much better we’d be as a society if every smart and hardworking individual like MimZWay’s father was given an equal opportunity for success. We’ve still got a long ways to go. Fortunately, spreading these stories can also spread an understanding of the human experience that we all need!