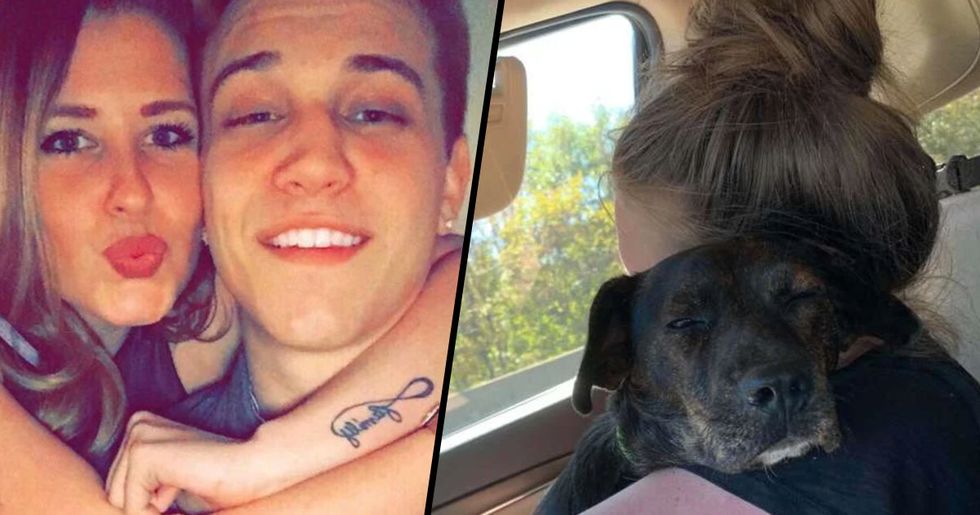 Woman Goes to Adopt One Dog from Shelter, Comes out with Three

When it comes to choosing the ideal pet, a dog is always the first that comes to mind.

The dog, or otherwise known as man's best friend, is the ultimate faithful companion, so when it comes to picking out the perfect pooch to take home, things can be quite difficult.

A lot of homeless dogs are desperate for a loving home, or else they'll face euthanasia.

A woman from North Carolina found out about a dog about to meet this devastating fate, and when she went to adopt the poor little thing, she came home with more than she expected.

These lovable and loyal companions make the perfect household pets, and it also helps that they're so damn cute.

But it is a sad reality that a lot of dogs are homeless.

Many dogs are abandoned and are left to be stray all around the world.

There are too many dogs abandoned to live on the streets.

It is estimated that there are around seventy million stray dogs here in America currently.

What exactly happens to these strays?

A lot of stray dogs are picked up by the local councils and are kept in shelters or pounds until they are rehomed.

But there is a devastating reality...

Many of these dogs are euthanized (put to sleep) if they cannot get rehomed quickly enough.

A lot of people work hard to prevent this from happening...

And one of these people is Shelly Blount, who is from North Carolina.

She was notified of a stray dog in desperate need of a home...

Shelly, who works as a photographer, saw a post online last month about a dog who urgently needs to be rehomed or else he would be euthanized.

She called the shelter immediately...

And luckily, the dog had been rehomed in good time. But this got Shelly thinking about the other unfortunate dogs who may also be in this type of danger.

Shelly wanted to find out which dog was next on the list...

She asked if there were other dogs scheduled for euthanasia, and they told her a dog named Caleb was next on the list - so she got in her car and drove to his rescue.

Shelly drove the 4 hours from Virginia to the shelter...

When she met Caleb, she realized that another 2 dogs were scheduled for euthanasia too. So what did she do...?

Caleb wasn't the only lucky dog being rehomed that day...

"I asked what the limit was on how many you could adopt," Shelly told The Dodo, "They said there wasn't one. So I decided to take home all 3."

Shelly began her 4-hour drive home with her 3 new companions...

"Caleb was so excited - he kept giving kisses from the back seat, and his tail was wagging so fast," Shelly said. “Bella was so content being held so she sat in my friend’s lap and literally didn’t move. Charisma, my sweet little angel, was literally hugging me and slept the entire ride."

Shelly didn't have a plan for when she returned home...

She already had 3 other dogs of her own at home, but she knew she couldn't have left these poor pooches alone back at the shelter awaiting their deaths.

Within days of arriving home...

Shelly had already found suitable and caring homes for Caleb and Bella. "Caleb is super happy in his new home with a friend of mine," she said. “She has another Lab who he loves. Bella went to my boyfriend and let’s just say they are inseparable."

Shelly has an inseparable bond with Charisma...

And it's looking likely that Charisma is a part of the family for good as it turns out she's pregnant! Her puppies are due to be born in the next few weeks, so it looks like Shelly will be welcoming a few more furry additions to her family very soon!