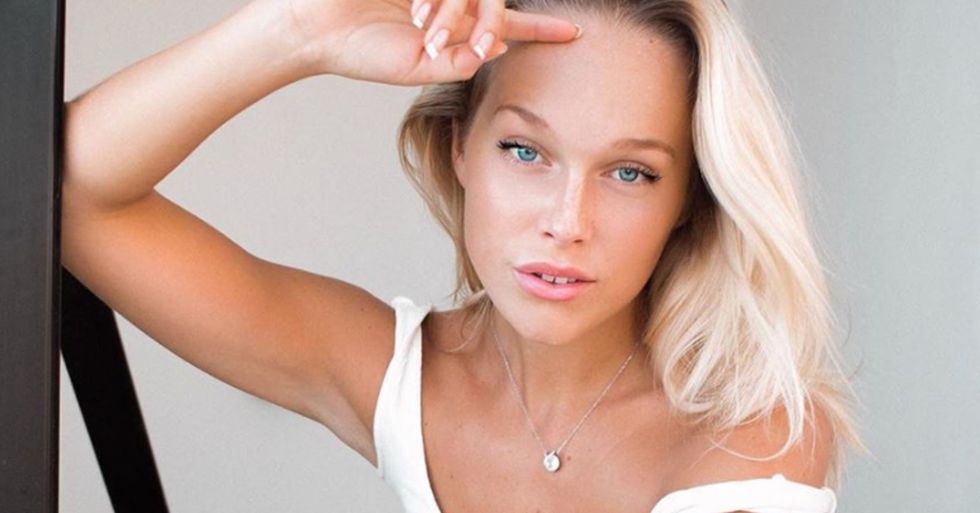 A woman was left humiliated at the beach after her prankster of a boyfriend gifted her a "dissolving bikini" and left her naked in the sea. The video footage has caused some controversy, to say the least...

One online couple is recently facing the heat after posting a controversial video.

In the clip, a boyfriend decided to prank his girlfriend by giving her a dissolving bikini, but fans noticed something very strange in it...

That's social media for you...

Things that are supposed to be "pranks" can translate badly...

If it's not one person leaving a negative comment, it's another. But this man had the shock of his life when most of his comments were criticizing him for his antics.

There's one particular area wherein this is more apparent than ever.

In relationships. Often, social media actually works to the detriment of the average couple, especially when it becomes the talk of the entire internet.

Social media does have some benefits for other couples, though.

Plastering your relationship all over your socials means that you unintentionally invite outspoken critics to leave comments all about it.

And that's exactly what happened to Julius Dein.

Julius is a magician who enjoys playing tricks on his girlfriend, Estelle.

While most of them are harmless and pretty funny, others leave a sour taste in people's mouths.

And this one falls heavily into the latter category.

It all started when Dein posted the result of a prank on his Facebook page.

In the clip, the couple were at the beach while on vacation when he had gifted his girlfriend a bikini. After watching what happened next, reactions came pouring in.

During the clip, we can clearly see that Estelle didn't know the bikini was a "dissolving bikini."

So a few seconds after she got into the sea, the swimwear would fully dissolve in the water, leaving her stark naked in a public place.

And being the "prankster" that he is, Dein decided to record the entire catastrophe.

"Now according to the instruction manual, it should take 15-30 seconds for the chemicals to kick in to make the bikini dissolve... this is so bad but so good."

Then all of a sudden, he sees his girlfriend start to panic in the water.

She starts looking around, before shouting over to her boyfriend on the sand: "Julius, my bikini. I think I lost it. It's stolen. I don't know where my bikini is. I can't find it anywhere. I need a towel."

With enough "funny" footage, he decides to hand her a towel before she exposes herself to beachgoers.

She wraps it around her while she's still in the sea and smiles over to him. At least she took it well. Other women would have probably ended the relationship right there and then.

But Dein's fans weren't convinced about the video after he posted it.

Comments started flooding in, taunting and discrediting the magician. There were also lots of slightly creepy comments about Estelle and how some people enjoyed knowing she was naked in the water... Yikes. Keep scrolling for the full video.

Here's the full video for you to see:

Keep scrolling to read about another prank that went viral for all the wrong reasons...