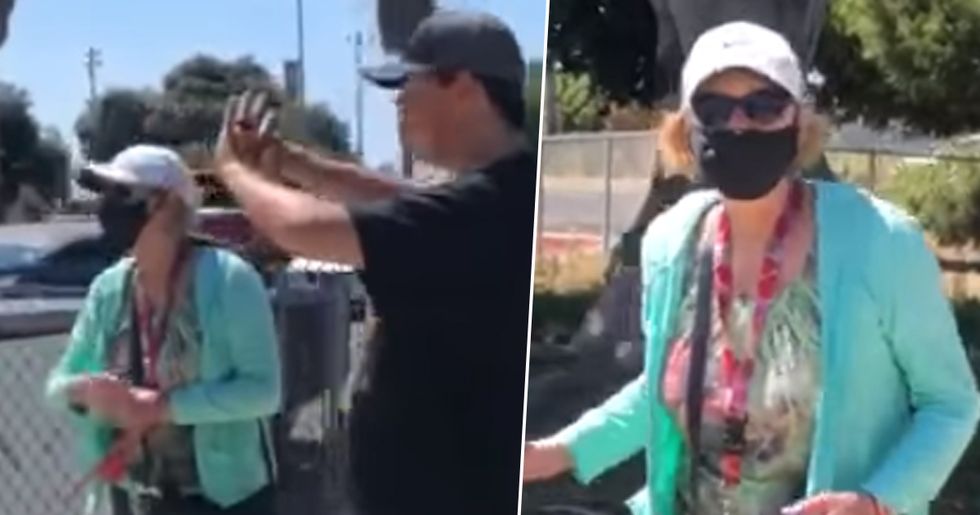 Coronavirus continues to dominate headlines across the globe.

Just as in many parts of the world COVID-19 is slowly beginning to drop, in other areas we're witnessing second waves of the deadly virus...

One things for certain - face-masks are vital to defeating the virus, however that's not to say we need to be wearing them 24/7. How so? Well, it's impossible to eat through a face-mask isn't it?

Unfortunately for one couple, a very angry woman took a disliking to them having a picnic on their own, so she decided to mace them and it was captured on video.

According to figures, it's believed around 9.8 million people have recovered from COVID-19.

Now we are entering the new normal.

With lockdown restrictions easing across the globe, we are entering what they are calling 'the new normal', suggesting the world will never go back to the same state of normality as before.

But despite the statistics.

Some people still aren't taking coronavirus all that seriously...

Yes things in much of the world seem to be getting better - but we have to take this virus seriously.

One way we can do this.

Is by wearing face-masks, with experts across the globe explaining just how important they are when it comes to stopping the virus from spreading.

Wear one when you're walking down the street or in any public space at all for that matter.

However sometimes it's not possible to wear a mask.

Such as when you're eating or drinking - and that's fine. But one couple in San Diego, California were recently attacked by a woman who sprayed them with mace for not wearing masks.

The couple were eating a picnic.

And according to reports, there weren't that many people around - it was just the couple and their 3-month old pug enjoying a bite to eat in the sun. When the 'Karen' turned up, flipped them off, called them 'idiots', and was generally just abusive. Then she got out the mace.

The footage has gone viral.

The shocking footage of the attack has since gone viral, showing the immediate aftermath of what had happened. In the clip a woman can be heard crying in the background, as the attacker walks away after being confronted by the man and another woman. Check it out.

Things certainly aren't back to normal just yet - and we need to make sure we keep following the restrictions and guidelines in place. Or things could get much worse.