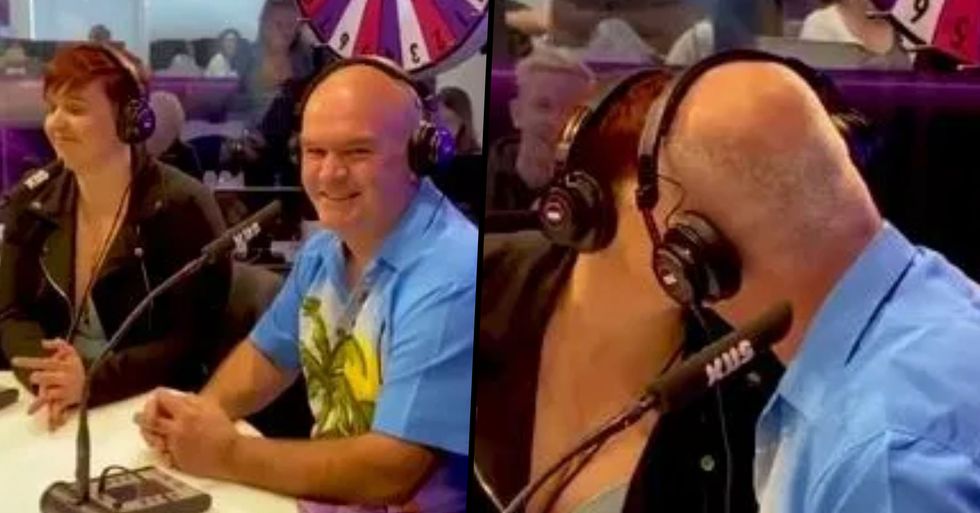 Woman Makes Out With Her Own Dad on Live Radio To Win $1,000

A woman shamelessly made out with her very own father on a live radio segment... just to win $1,000.

Keep on reading to see the stomach-turning clip...

It makes the world go around, right?

But oh boy, people will do a hell of a lot to get their hands on some.

Who doesn't want to be rich?

You can literally do anything you want with money!

Would you be willing to embarrass yourself for that amount of money? Or do something really stupid on live television?

And one woman and her father did something outrageous recently in order to get their hands on some cash.

It all happened on an Australian radio program called The Kyle and Jackie O Show.

The radio show's presenters, Kyle Sandilands and Jackie O, were hosting a segment called "Boyfriend or Daddy." The segment basically involves the presenters guessing if the guest female contestant was there with her boyfriend or her father.

Explaining the segment, Jackie said that she and Kyle make their judgments based on "body language"...

1,000 Australian dollars were up for grabs for the contestant who fooled the presenters the most...

And twenty-six-year-old Stacey was willing to play hardball to get her hands on that money... with her very own father, Nick.

After painfully quizzing the pair on their "sex life", the hosts were still torn over whether or not Nick was Stacy's doting dad or boyfriend.

They were putting on quite the show!

But things took a stomach-churning turn for the worst when Stacey and her dad pulled out all the stops to throw the hosts.

When Jackie said, "There's only one way to decide this. Would you guys be willing to give each other just a little kiss on the lips?", they went in full throttle.

She made out with him.

It's unbelievably painful to watch...

And when Stacey announced to the hosts that Neil was, in fact, her father, the studio completely lost it.

But what the hell?! When the video was uploaded online, people were totally freaking out over Stacey and her dad's actions and were seriously questioning their relationship.

You can watch the clip here... if you dare!

For more terribly embarrassing stories, keep on reading to learn about the poor son who had to carry his dad out of a store for ranting about face masks...