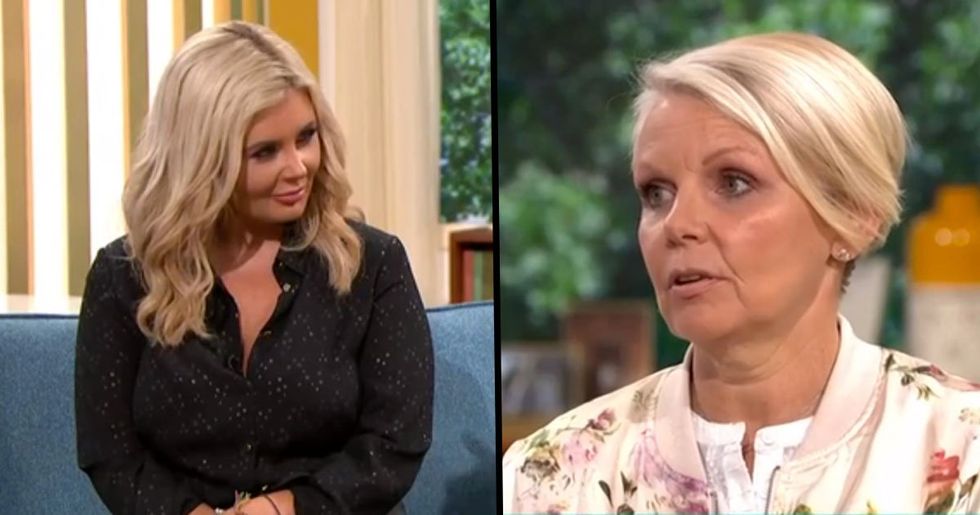 Woman Says Grandparents Should Get Consent Before Kissing Grandchildren

Consent is an important thing and is something that people use every day in their day-to-day lives. Consent is needed for things such as medical procedures, field trips at school, and even when it comes to relationships.

Consent to physical and intimate activities is super important in a relationship, and the majority of couples abide by gaining consent first before making any moves.

But when it comes to a family member giving you a harmless kiss on the cheek, should consent be needed for that? Keep scrolling to get involved in the debate...

Consent is a pretty big deal...

No means no. Simple as that. Consent is what allows healthy relationships to blossom, and without it only causes a toxic and harmful environment.

Such as leaning in for that special first kiss? You must make sure that the consent is there in order for you to follow through with this treasurable moment.

But what about when it comes to family?

When visiting the grandparents, it's always natural to receive a kiss on the cheek as a sign of affection and love - it's what the majority of families do, right?

A recent debate is arguing otherwise...

British morning show This Morning of ITV hosts a wide range of guests to discuss numerous different topics, and one certain topic certainly began a worldwide debate this week.

Hosts Eamonn and Ruth Holmes puzzled over the debate of whether or not grandparents should get consent to kiss their grandchildren...

The debate was spurred along by parenting expert Jane Evans, who as a mom herself, believes that consent should be taught from a very young age and this includes getting kissed by grandparents and other family members.

She believes that adults should seek permission before kissing a child.

Businesswoman and mom Rebecca Jane was also on the show to debate against Jane as she strongly disagrees with the concept of seeking permission to kiss members of your own family.

An issue of child safety?

Australia is rolling out the method in schools when it comes to consent, and Jane believes that children should decide themselves what they want. She said: "It's very simplistic... we allow children to decide who can or can't touch their body, when, how, what, where... it's just to keep them safe."

Jane doesn't see the issue behind asking children permission before giving them a hug or a kiss.

After being questioned further about what exactly it is that family members must do in terms of seeking permission, Jane went on to say: "they have to ask permission [from family members], it sounds big and clunky but it should just be a part of daily life."

A lesson of respect?

Jane also argued that asking children permission to approach them in an intimate manner will teach them respect. She said: "We're going to raise children who feel safe in their own bodies, who respect their own bodies but equally as importantly, they respect other peoples' bodies - this is a major crisis we have... it's not just about grandparents it's about everyone, parents, uncles, aunties [etc]."

But Rebecca shot back at Jane's opinion...

She almost laughed and simply said, "Nonsense. Pure and simple," in response to Jane's views after she stated, "I would never launch into a hug [with a child]."

Rebecca holds the complete opposite opinion.

She argued her side of the debate, saying: "If we start having these boundaries with children and saying 'no, stop my grandmother from giving me a kiss, you've got to ask me for it', where do we draw the line? We're going to breed cold and emotionless children and it's going to affect their futures."

When Jane mentioned that parents should even ask permission to hug their own child, the debate became even more divided.

Host, Ruth Holmes then jumped into the debate, asking: "are we going to get to a stage where parents are going to have to ask permission, say 'can I change your nappy now' or 'can I put your pants on now?'" in which Jane immediately replied with "yes", claiming that most parents already do this.

"Basic body safety education" or being too overprotective?

Jane insists that the practice of obtaining a child's permission before they are touched is "basic body safety permission", but many agree that her methods and opinions are simply overprotective and smothering.

Many have branded the debate as "pathetic"...

this conversation on @thismorning is ridiculous! Why should grandparents have to ask their grandchildren for a kiss… https://t.co/d41zyHvvzf
— Stacey Louise MUA (@Stacey Louise MUA)1564569982.0

Being able to hug and kiss close family members, including children, has never been fully criticized or questioned up until now and many are struggling to get their heads around the matter.

There are many more pressing issues in the world than whether a grandparent can hug their grandchild...

@thismorning Can’t help but laugh at this ridiculous woman when she described children having to kiss and hug their… https://t.co/Pu0owu2DKP
— John Wells (@John Wells)1564566396.0

As this user on Twitter outlined, people should be worrying over issues such as knife crime rather than if a child gets kissed on the cheek without permission.

Many believe that we should cherish the time we have with our grandparents.

Rather than worrying over getting consent to let your grandma or grandad hug you, people should be embracing the time they have left with their grandparents - as many people sadly don't have much time to be with them.

The topic of child abuse was brought up in the debate...

This is a ridiculous topic. Of course children should kiss their grandparents without asking consent. Unconditiona… https://t.co/QC9oSqyaAB
— Fi ☃️❄☃️ (@Fi ☃️❄☃️)1564566099.0

And it was argued that by getting consent off the child can help stop sexual predators. But many members of the British public disagreed strongly with this, with users such as this one saying that we can't assume that abuse is a threat in every family.

Previously, experts have said that parents should ask their babies permission to change diapers.

Sexuality Educator and author Deanne Carson appeared on ABC News to speak about her work, claiming that by asking babies and toddlers permission to change their diapers, their communication habits will improve in later life.

The baby doesn't have to reply to this request, apparently...

Because duh... a baby can't yet talk? Deanne claimed it was more about fostering a lifestyle where a child's opinion and answers to questions such as these matter in a home and are always taken into consideration.

Watch the debate for yourselves here...

Despite people having their own opinions, it appears so far that the debate is most certainly in favor of allowing grandparents and other immediate family members to be able to kiss and hug their grandchildren as they please. Of course, when it comes to people who aren't in the family such as friends and teachers, it is important to ask permission for a hug or a kiss with a child. But as many can agree, affection with grandparents is a huge part of many childhoods and it shouldn't have to change because of overly-sensitive opinions.