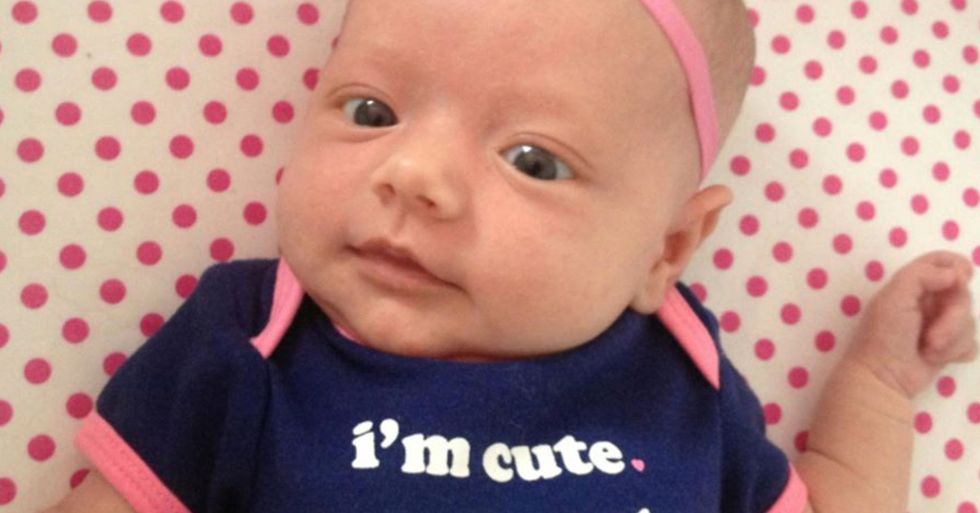 It's true that celebrities sometimes go for the craziest baby names out there (read on for our selection of the best).

But one poor baby with non-famous parents may have the worst of the whole bunch...

You may not think Blake Lively and Ryan Reynolds' choice is too unusual - until you realize that choice was for their daughter ...

Richard Gere was apparently inspired by a family name - but we know your mind just goes to the Simpsons ...

But one unfortunate Redditor has created a celebrity-esque crazy name - and quite by accident.

They named their newborn baby Elizabeth, then decided on the middle name Anya, which was an old family name.

And as Elizabeth can sound a little formal, the family quickly started to nickname the baby "Liz."

"Her legal name is all but forgotten."

But there's just one problem - have you spotted it?

The family have realized her name sounds just like something else.

Liz-Anya is getting all manner of teasing from her family.

"My whole family chimed in and now everyone keeps calling my daughter 'Lasagna.'"

"Now I'm scared that when she eventually starts school her classmates and others will latch onto this and make fun of her."

"I have asked them to stop because one day Liz will know they're making fun of her and she'll be hurt."

"My sister told me if I didn't want people to make fun of her name then I shouldn't have named her what I did." Sounds like they're really making a meal of it! And there's been another baby name mishap to hit to headlines recently. Scroll on for Amy Schumer's huge oversight...