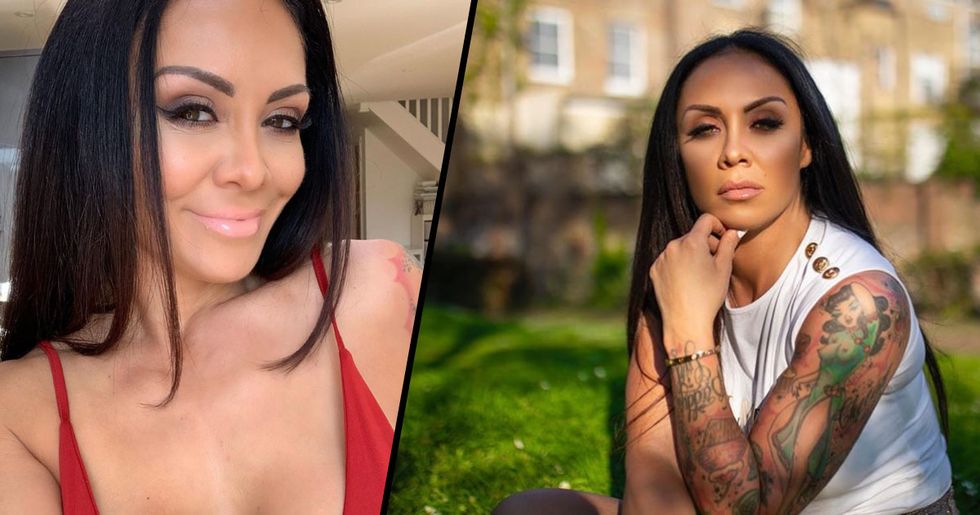 Love. It's one hell of a battlefield, isn't it?

The quest to find that other half, that soul mate, that one-and-only... It isn't always easy. Most of us wholeheartedly admit that our love lives aren't perfect, and blame our singleness on being too busy with work, or our shocking flirting skills.

However, one woman has blamed her looks on being single. No, not her bad looks... Her good looks.

Jenna Thompson believes that she is too damn attractive to find love. Sadly, I can't relate.

And now, after undergoing sessions with a relationship coach, she has acknowledged 4 different things that she has been doing wrong when on the hunt for love.

Keep scrolling to read Jenna's story, and to hear her absurd explanations for her claims.

Finding a partner is no walk in the park.

Once upon a time, I believed that I'd be happily married with the love of my life by the age of twenty-five... Yeah, it hasn't quite worked out like that.

Dating has proven to be a dangerous and deadly minefield.

Though apparently, I'm not alone in my hopeless quest for love.

Because there are many of us hopeless singletons out there. And we tend to blame our singleness on the same kind of things... We're either too committed to work to find love, or every single person around us is useless.

Though some of us blame our bad looks...

Which, if you do, is toxic and you shouldn't. Learn to have a bit of self-love, guys!

There are some people out there who actually blame their good looks.

But surely, you can't be too good looking for love?

Jenna Thompson thinks you can.

Or thinks that she is, more accurately. The British model and presenter genuinely believes that her being unlucky in love has stemmed from the fact that she is simply too attractive.

She blames her good looks on her failed relationships.

Thompson claims that the "nice" men she wanted to attract were intimidated by her because she's beautiful and successful. The only men who were interested, she thought, wanted flings and no commitment.

Thompson has two children, aged 1 and 5 years old, and split up with her ex-partner about 2 years ago when she was pregnant. So when she first started dating she wasn't really looking for anything too serious.

She struggled to find anyone who was willing to commit.

However, as time went on, Jenna began to want a serious relationship.

Speaking on the British chat show, This Morning, Jenna confessed that she believed her good looks were stopping her from achieving that. "I think I intimidate nice guys", she said, when questioned on why she thought being too attractive was stopping her from finding love, "I seem to attract guys who are only after one thing, or people who just want hookups."

Jenna believed that being attractive was stopping her from finding love.

She was well and truly in the belief that her bad luck in love was all down to being a gorgeous, successful model, and that all men found this intimidating.

However, she then met Sami Wunder.

Sami Wunder, who is a modern dating and relationship coach who is paid thousands by her clients and has had 145 engagements come from her sessions in the last three years, firmly believes that Jenna's good looks aren't the source of her romance woes.

She believes that Jenna was simply trying to justify being single.

"Men love good looking women, so it's nothing to do with being intimidated by them," Wunder told Insider. "When a woman talks this way, and a lot of successful beautiful women do talk this way, it gives them a justification for why they're single."

And Thompson has now agreed that she could have been approaching dating in the wrong way.

Jenna said she wasn't aware that even the smallest decisions could attract men who were totally wrong for her.

"It was silly little things, like even how you write your dating profile, what sort of pictures you have on there, and all that sort of stuff," she said. "I had to reevaluate everything, and really understand what kind of guy I wanted, so to really attract that sort of person."

Wunder has taught Jenna 4 vital lessons on where she was going wrong.

Because, as it turns out, it isn't necessarily her looks stopping her from finding love. There were several things that Wunder believed Jenna was doing wrong when it came to online dating.

Thompson thought she had no time to fit in dating because she was a single mother, Wunder said, which is a "disempowered story." "There's always enough time," she said. "If you have time to brush your teeth, and if you find time to take a shower, and if you find time to the gym, because you're a model, then you have time to make your love life a priority."

Lesson 2. What you're putting out there.

Thompson struggled to put an authentic version of herself on her dating apps, which in turn was attracting men who didn't see her true self.

"When Sami saw my dating profiles she was like no, no, no get rid of that," she said. "I was like 'oh god really?' And when she said it I was like, 'of course' — it made total sense."

Wunder said Thompson's profile was really underselling what she had to offer...

As it was full of bikini photos, and a description saying she was looking for a "wild, passionate lover." Keep it real, ladies!

Wunder had Thompson delete everything on her profiles and start afresh. She added photos of her in nice dresses and walking in nature, and made sure to mention her children and how important they are to her.

"It was just really toning down the wild side and bringing in the things about her that are attractive, and her essence, you know," Wunder said. "Who she is as a person, not just her looks and her body."

Once Thompson was setting up dates with men who had potential, she was overwhelmed by all the attention, so Wunder helped her work out how to organize it all. Wunder's rule is: 4 online messages before asking for a phone call, then a real-life date. A 5-minute phonecall, she said, helps filter out anyone who might not be a match for whatever reason.

And the fourth and final lesson... Chemistry patterns.

Thompson's previous relationships had all been about physical attraction, Wunder said, but that's just one aspect of finding a romantic relationship. Instead of basing everything just on looks, Jenna is now on a mission to connect with someone emotionally, rather than just physically. Good luck, hun... For a (kind of) similar story about a mom who urged her teen daughter to get cosmetic surgery because "ugly people get nowhere," keep scrolling!