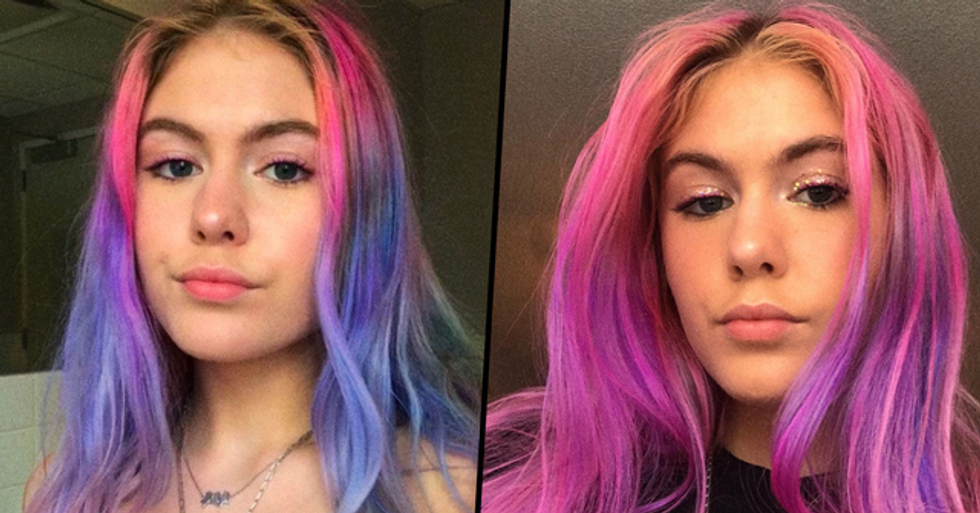 A woman boards the subway, she sits down...and ends up harassed by the man sitting near her. It's a dishearteningly common story. For those who haven't seen anything like this before, you might be surprised by how "normal" this kind of behavior is.

But one TikToker has bucked the trend - and shared her story through the app.

It can happen to anyone, but there's no denying that women overwhelmingly find themselves the victims of sexual harassment from male perpetrators.

Not only can it happen to anyone; it can also happen anywhere.

And in this instance, we're talking about sexual harassment happening in a frighteningly enclosed space.

Which is especially uncomfortable.

Because if something like that starts happening, there's really nowhere to go. It's up to you and the people around you to ensure that you're safe.

There's huge importance to the kindness of strangers.

Apparently, actual sexual harassment training (i.e. telling people not to) doesn't always work. But teaching people how to put a stop to it is more effective.

List of examples and tips on how to intervene (can be subtle like interrupting and asking for the time or just movi… https://t.co/VsRYPO5C8i
— Joanna Chiu (@Joanna Chiu)1553530938.0

If you've never been given pointers like this, then definitely look these over! You never know when they might be needed.

But one way to hold a sexual harasser accountable?

Film the entire encounter and post it on social media, of course.

Which is exactly what Caitlin Wilkinson did.

Wilkinson is an art student from New York City, and a TikToker, too.

And one her way home one night, she noticed something unpleasant.

A man was blatantly harassing a woman on her subway cart - and Wilkinson knew exactly what to do.

She whipped out her phone and filmed the entire encounter.

And it's had a huge amount of attention on TikTok - currently nearing 2 million views, in fact.

The man then turns on Caitlin.

Claiming she's "all the way up in his business."

"What am I supposed to do?" she replied.

"You're yelling at a random woman about your dick...you're sexually harassing someone and I'm not gonna let you do it when it's not right."

He then calls her a "feminist."

Caitlin hits back with, "if that's what I have to be, bro, to tell you to stop bothering a human being."

Caitlin explained she could see the woman was very afraid.

She says the man was saying "he didn't really care that she had a boyfriend and explicitly talking about how he was going to f**k her and what it would feel like for her."

"I started looking around to see who else was on the cart, and we appeared to be the only two women on the train."

"There were three other men sitting somewhat near the situation. Nobody else on the train seemed bothered by what was happening. The man then stood up and began walking towards her."

She had been planning on TikToking anyway - but didn't expect to capture this sort of encounter.

"I decided I would post it. I really didn’t think anyone would even care that much about it. I’m used to people telling me I’m too much or that I should just ignore people like that."

"The majority of responses come from women, telling me I’m brave for what I did and how proud they are of me, which is wild."

"Honestly, whenever I read the comments, I just feel like I’m looking at somebody else’s video, most of them are so kind."

"I think it very obviously points to the fact that this is a very real and often thing that happens to almost every woman out there."

"In this society, we’ve been trained to mind our own business, and that catcalling and pushing boundaries is something women are just supposed to be used to."

"It doesn’t matter what you wear or what you’re doing, the majority of men still think they have the right to openly sexualize people however they please."

"Almost every woman in the world can tell you the countless times they’ve had experiences like these, how invasive and attacking it feels, and the common theme is no witnesses ever speak up to stop the behavior. In order to break the cycle, people have to be willing to call it out when they see it, and hopefully correct the behavior, or else these people will continue to think it’s acceptable."

People are absolutely loving this video.

Perhaps the start of a new TikTok trend?