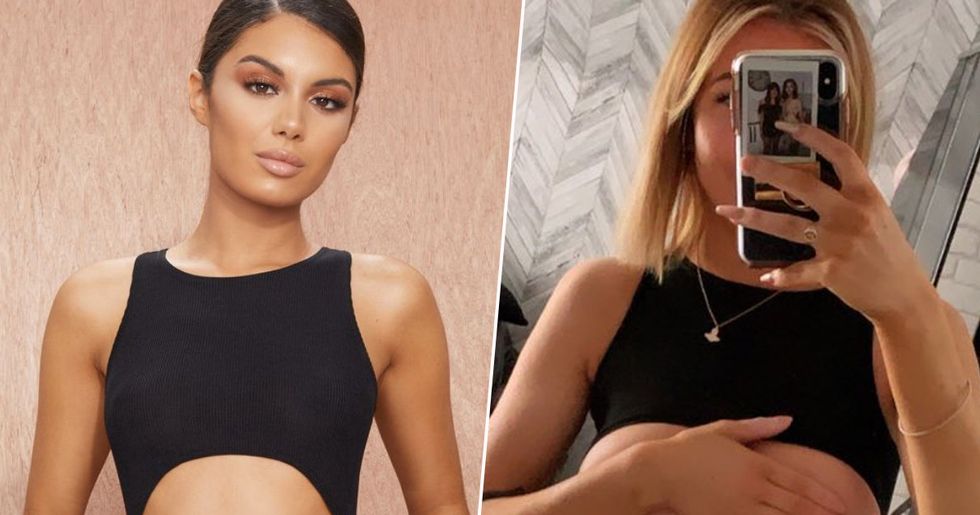 Coronavirus dominates every thought, every hour, every headline - but here's a story that should take your mind off it. The story of how a young woman bought a dress online - that really didn't fit her.

Actually, her bust quite literally couldn't fit inside the materials!

Keep scrolling to learn more about this hilarious tale.

Coronavirus is dominating every headline.

But we need to remember.

That there are millions of other stories out there that have nothing to do with COVID-19. So the world doesn't have to feel just as bleak as it does at the minute.

This is the story of a woman who bought a dress online. How's that a story, I hear you asking.

And I mean like the dress didn't fit AT ALL.

Her breasts were completely out.

The dress was supposed to help show off a woman's bust. But it wasn't even covering them!

The woman shared the images online.

She revealed that she had bought the dress three sizes bigger than usual to make sure that her breasts would fit.

As the images reveal, they weren't going to fit in there at all.

And the young woman who posted the images was none other than Amy Kerr.

She tweeted the shop.

@OfficialPLT can I have some free nipple covers to go with this dress.

I bought THREE SIZES UP from my usual cos I know what they’re like. F*n shambles. . .

Even before I had boobs this wouldn’t have covered my nipples. Their sizing is a shambles.

The dress she bought was an 'underboob’ style outfit'.

I guess the underboob was a touch too literal!

I think it's about time we had a little bit of funny news, don't you?