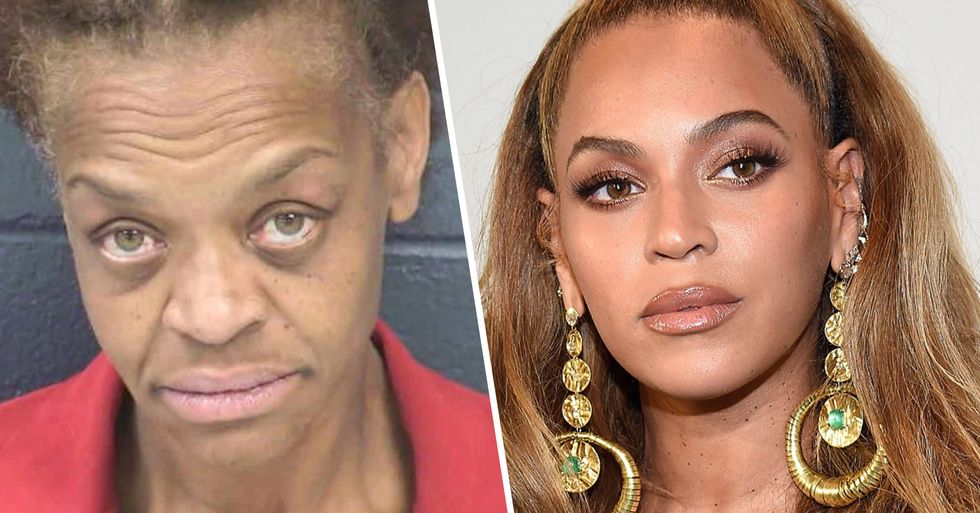 Sure, no one wants to be arrested by police.

There's nothing worse than the thought of spending a night in a prison cell.

But would you ever think to convince the police that your Beyonce, in the hope of getting away with it?

Well after one woman stole a car and went joyriding, that's exactly what she did.

Keep reading to find out if it worked...

No one wants to face jail for the night.

But if you've done something wrong, that's just the consequence you face sometimes.

Some people find any excuse in hope that they will get away with their actions though.

But they're not all very believable.

Like when you claim to be someone you're not.

Especially, if that person you're claiming to be is Beyonce.

Beyonce is someone who's pretty recognizable.

Someone that you wouldn't be likely to mistake for someone else.

One woman thought that she have a go at claiming to be Beyonce anyway.

And do you think it worked?

Though we bet that doesn't come as a surprise.

When forty-eight-year-old Surena Henry was arrested for joyriding, she thought she would try to get away with it.

She is alleged to have given the megastar's name to cops after being caught driving a car that had been reported as stolen.

According to court documents, during a traffic stop, she had refused to pull over for police.

Which obviously aroused suspicions, and prompted officers to give a chase.

Eventually, she was arrested when the chase came to an end.

As she had driven home and parked in front of her house.

But when she spoke to the officers, she refused to give her real name.

Documents say that instead, she told them that she was Beyonce.

Despite being 10 years old than the singer.

And not looking very similar, she thought it was worth a shot.

Surena was taken to Doña Ana County Detention Center and booked. After her fingerprints were taken, it confirmed that she was in fact, not Beyonce.

Instead, it revealed that she already had a municipal bench warrant out on her for failing to appear to court for a previous, unrelated charge.

The vehicle was reportedly taken from a Las Cruces residence.

With Las Cruces Sun-News reporting that the vehicle's owner told police he might have accidentally left his keys in the vehicle, or dropped them outside his house.

This matches up with what Henry told police, as she told officers that she found the car with the keys already in the ignition.

And when asked why she had failed to stop, her response was unexpected. With her simply saying that she "didn't feel like pulling over."

Henry was eventually charged with one count of unlawful taking of a motor vehicle, one count of concealing identity and resisting or obstructing an arrest.

Don't think she'll be trying that one again.