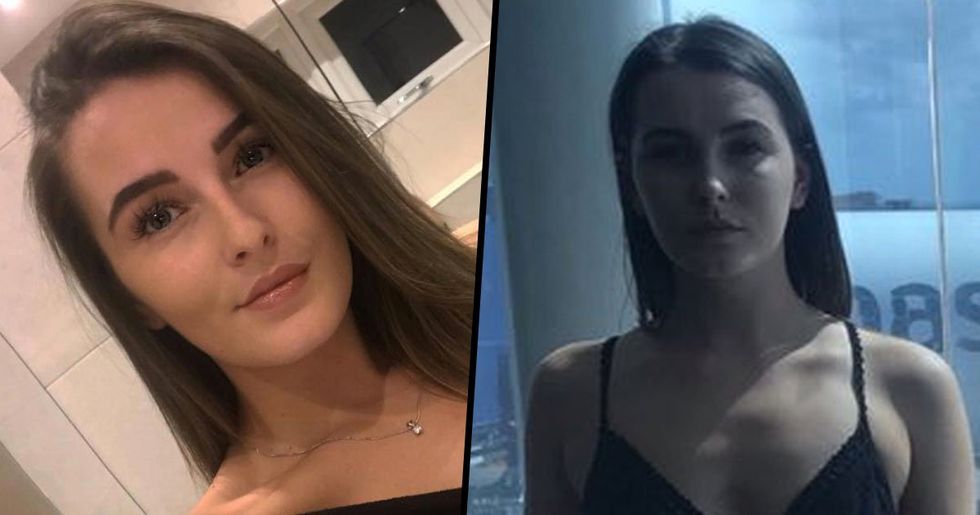 Going on holiday is great. It gives you the perfect opportunity to experience another country and all it has to offer. From a unique cultural background and history, to exotic food and beautiful weather. But with any holiday there is the panic and paranoia that comes with having to get everything read for the inevitable flight. You have to remember your passport, your money, your plane tickets and then there’s all the rules and regulations you have to go through at the airport. And admittedly it can be very stressful, in only ten minutes you have your bags checked, your clothes checked and your identity questioned before you can even go to the nearest duty free shop. But some people’s airport experiences are worse than others.

There’s a reason why summer is often so coveted by the average human, because it supplies enough time to finally break away from normal life and experience something completely different.

Journeying to another country often means that you get to experience new and exciting customs that are completely new to you.

You also get to see how different countries choose to construct their beautiful cities, as well as various landmarks, from the cobbled streets of Venice to the Eiffel Tower in Paris.

Going on holiday also promises all the foreign cuisine you can enjoy! From pasta to sauerkraut.

But holidays can also be stressful.

Sadly, all holidays do come with the stress of having to get everything prepared.

And there’s a lot to prepare.

God knows there’s a lot you have to do before you’re allowed to board the plane.

You have to make sure you have everything in check.

From your passport, to your tickets, sometimes even to your jabs.

There have been many cases where a slip-up at airport security has led to someone being chucked off their flight.

Making them remember their time off for completely different reasons.

O’Connor recently found herself the target of hate while trying to board her flight.

But what was the reason?

However, the reason for this attack had nothing to do with O’Connor’s passport, instead it was about what she was wearing!

Which really wasn’t that bad.

O’Connor was waiting to board her plane to Tenerife from Birmingham Airport, but found that a flight attendant did not like the clothes she was wearing.

And then things escalated.

O’Connor was wearing a pair of orange trousers and a black bralet when she stepped on the plane.

But she wasn’t greeted by smiling faces.

In fact, the 21-year-old holidaymaker found that the air hostesses were immediately judging her for her outfit. One even deemed the ensemble as “inappropriate".

But the story doesn’t end there!

When she had taken her seat, O’Connor was again met with negative reception.

She wasn’t even almost removed from the flight!

O’Connor was told that she would have to “cover up" or be removed from the plane.

She was then even met with abuse from another flyer.

After being threatened by the flight attendant, O’Connor was then attacked by a male flyer who told her to “Shut up" and “put a f*****g jacket on".

To which the attendants did nothing.

O’Connor was horrified and even more affected when none of the attendants came to her rescue.

Eventually, O’Connor was given a jacket.

O’Connor was eventually given a jacket by her cousin, but not before the attendants also brought the issue to attention over the plane tannoy.

Not the best way to begin your holiday.

Not only did she detail the entire story, but she also put up a voting poll, to see if her outfit really was inappropriate.

And most people agreed that she looked fine.

@emroseoconnor What worries me is why no man stood up for you? If A young lady got spoke to like that I be first to say something👍
— joshua tyler (@joshua tyler)1552490055.0

Some were shocked that she was treated in such a way, especially when people have worn a lot less on a plane.

And there have been other responses to O’Connor’s tweets.

@emroseoconnor Nothing about your outfit is inappropriate! I'm sorry you had to go through that if I were you I would sue them.
— Angela (@Angela)1552480849.0

Some have been amazed by her treatment and have suggested she take legal action.

Others thought that she was targeted for her gender.

And many made a point about how women are often mistreated for what they wear.

Others sought to attack Thomas Cook for their treatment.

Some even calling their treatment "Victorian".

@emroseoconnor I’m crew myself and would not think twice to ask you to cover up, there is no policy on what you can… https://t.co/9OlGw1KtmG
— Jade Charlotte (@Jade Charlotte)1552435526.0

And many of them were disgusted at O'Connor's treatment.

Although not every response was supportive.

@emroseoconnor Love how you stated it was a "man that hurled abuse at you", let me guess he was pissed because you… https://t.co/cNZtxtOyV1
— Linda Suarez (@Linda Suarez)1552502133.0

This particular user did not support O'Connor, and thought that she was being too emotional.

But don't worry, O'Connor was met with more love than hate.

Many people were ready to defend O'Connor and criticise Thomas Cook for their unprofessional behaviour.

As of yet, Thomas Cook has not come forth about the incident.

@emroseoconnor I work at an airport, people come through dressed like this all the time? I’ve seen guys wearing les… https://t.co/PhKIPMeayd
— Zaylie (@Zaylie)1552477011.0

But seeing the attention that the story is getting, I bet O'Connor will soon be receiving an apology from the airline.

Do you think O'Connor deserved such treatment? Or was she the victim of a cruel attack? I'm sure many of us will hope that the same thing doesn't happen to any of us the next time we head off on holiday!