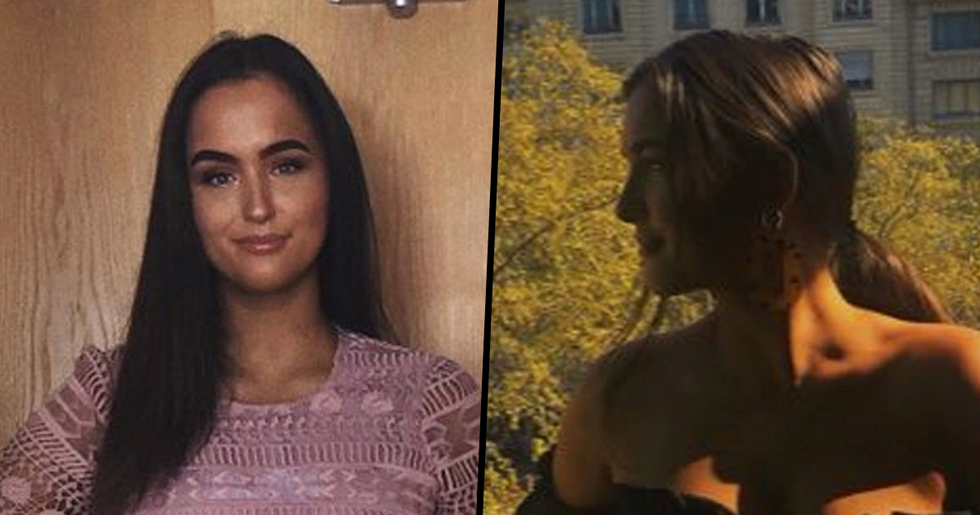 We love Tinder. We really do.

It's the best resource for finding a date fast, and all you need is a smartphone and the ability to swipe left and right.

What more could digital daters ask for?

But - and it's a big but - it does have its downsides.

Namely that people who can hide behind a screen have a tendency to overshare, as one woman seeking her soulmate found out when a new match messaged her purely to insult what she was wearing.

But she got her revenge by publicly calling out his behavior. #Trash

And just wait until you see one woman's explanation for this dude's douchey behavior. It's hilarious...

Tinder has revolutionized the world of online dating.

With thousands of men and women available at a mere swipe of your hand, it's the perfect chance to meet The One.

Although not everyone is a fan.

We feel your pain, Jude. Sometimes it can feel like you've been matched with every d*ickhead in a ten-mile radius and you're still no closer to finding your perfect match.

Maybe having too much choice is a bad thing?

For some people (read douchebags), having access to an unlimited amount of potential dates means that they feel that they can say and do whatever they want. With little regard for other people's feelings.

Starting a Tinder exchange with an apology is never a good thing. Especially one that is followed by a rejection. Sometimes you can be too honest.

The very first message you send to a match is vital. It reveals so much about a person and their intentions.

So why do some get it so epically wrong?

This is just gross.

But what do you expect from someone called Cutter? He's hardly going to be the next Wordsworth, is he?

And then there are the ones who aren't rude, but we still know that they are a-holes.

Like how many times do you have to write babe or baby in one exchange? She does have a name!

Some try to be romantic but fail sensationally.

Does this approach ever work for this dude? Does he just send this out to hundreds of women and hope for the best? Maybe, just maybe there's a female version of him out there somewhere...

Others go down the comedy route.

To be fair to this dude, this was kind of made us half-smile. Not a bad effort. Probably still wouldn't result in us actually wanting to meet up with him, but we've seen worse.

And a lot just don't take the hint.

If we don't reply to your messages it's not because we are too busy working or because we have left our phone at home. No, it's because you are a d*ck and we know you are a d*ck. And we don't need anymore d*cks in our lives. Get it now?

This girl's agenda is crystal clear.

We can't believe that he even responded to the first message! Instant block from us!

Although some people are just asking for trouble.

Posting a picture like this to your profile is a guaranteed way to get a lot of inappropriate messages sent immediately to your inbox. But maybe that's what she wants. Each to their own!

This girl is unlikely to meet her future husband with a profile like this.

In fact, without sounding too harsh, it's accounts like this that encourage all the douchebags to send such douchey messages in the first place!

She posted a picture of herself in a demure dress in the hope of finding her Prince Charming. And believe us when we say the dress is stunning. But don't just take our word for it, check it out for yourself further down the article!

The picture appeared to do the job as Thea was matched with a man called George.

And she patiently waited, as you do with a new match, for the first exciting message to come through from her new potential suitor. What would he say? Would he ask her out? Would he compliment her? Would he try to be a bit sexy?

But, sadly, no. George decided to take a more direct route of exchange...

He said: "Not gonna lie, you're a bit of a joke, but that dress in the last photo is not doing you any favors. Hope this helps." What a rude a**hole!

But, clearly concerned that he may have come across as rude...

He decided to end the message with a thumbs up emoji. Ahh, well that's ok then. No offense taken!

Understandably, Thea was shocked by this blunt and extremely rude message.

And simply replied: "excuse me?" To which he responded: "you heard!" Has he never heard of the expression if you haven't got anything nice to say, don't say anything at all?

You'd think this would have been the end of the exchange. But no.

George had not yet finished voicing his opinions. Saying: "Literally had to tell you else I wouldn't have slept. It's awful, you not reckon?" Seriously what the f*uck? This guy clearly has too much time on his hands.

And this wasn't even the end of his offensive rant.

He then had the audacity to tell her to "grow up" and "shop somewhere decent." Oh, how we wish we had a picture of him. We bet he's the kind of dude who wears socks with flipflops!

In case you are wondering how bad the offending garment was.

Here it is. The dress in question is a £75 lace midi-dress from ASOS, and we quite like it.

And Thea herself looks absolutely gorgeous in it.

The shade of pink suits her coloring perfectly and who doesn't love a good midi dress when Spring comes along? This dress would be perfect for a summer wedding!

Anyway, Thea then made the excellent decision to publicly shame this loser.

By posting the whole exchange on Twitter. And of course, it has gone viral and been liked over one-hundred thousand times.

With thousands commenting in her defense.

Does anyone actually give a sh*t what this dude thinks?

Others revealed that a similar thing had happened to them.

Clearly, that dude didn't get the memo that double denim is massively in this season. Dipsh*t.

If a man feels so strongly about eyebrows that he matches with someone just to comment on them, then that dude needs help. ASAP.

And this is even worse.

We don't even know what to say about this one. We're actually speechless for once.

Clearly, this dude has a micropenis.

@theachippendale I don’t know who George is, but goddamn is that a display of some micro-penis energy. Dude needs a… https://t.co/vaPIYs9zNP
— Dantendo (@Dantendo)1556578853.0

There's no other explanation for his behavior. Or is there...

We think that a little payback is in order.

Can you imagine the look on his face? All these angry women turning up in a dress that he hates for some unknown reason.

And one clever supporter offered up a pretty perfect explanation.

@theachippendale His ex had that dress and wore it when she cheated on him. It's the only explanation here. PS. You're fucking stunning x
— Rachel Hawkins (@Rachel Hawkins)1556531718.0

Of course, that is it! This pathetic excuse of a man has clearly been cheated on in the past and the dress reminds him of his ex. The one that got away. Or the one that had a lucky escape, if you ask us!