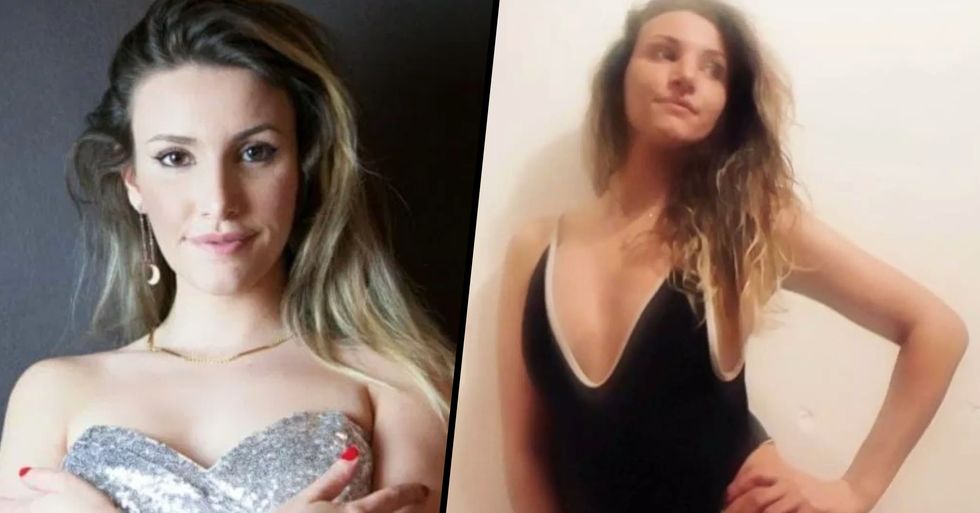 We can all relate to feeling a little bit too exposed when we go swimming, right?

We're never quite sure of what is deemed "appropriate" when it comes to stripping down to our bathing suits, but it seems one woman in the U.K. recently learned this the hard way.

There's nothing quite as relaxing as taking out an hour in the day to have a swim and steam in the local swimming pool and sauna.

Swimming is a very good method of keeping fit...

And it is also considered a fun leisurely activity that can be enjoyed with friends and family. It's a yes from us!

But there's always that one burning question when it comes to going swimming...

And that's what to wear!

Of course, bathing suits are needed for swimming...

But many contemplate what is deemed appropriate enough for a public swimming pool.

Are bikinis appropriate for a public space?

We would imagine so, but it turns out that some people certainly don't feel this way.

But in the written rules, bikinis and bathing suits are welcomed in these environments.

One woman in the U.K. found her bathing suit was deemed inappropriate recently...

This is Nicole Bernardocchi, and she is an Italian-born woman who currently lives in Uxbridge with her fiance.

She works full time as a carer...

And last week, Nicole was spending some time at her local swimming pool with her fiance and brother-in-law.

The twenty-three-year-old was enjoying the steam room after a swim when she was asked by a member of staff to step out...

"The receptionist was nice and let us pay less than usual because there were kids’ swimming lessons going on," Nicole explained to The Sun.
"I initially thought that the payment hadn’t gone through when she came over and asked to speak to me outside."

But Nicole soon realized this wasn't about her payment...

"But I was shocked when she told me some of the mums had complained that my swimwear was inappropriate and I needed to get a towel," she said.

Here is the bathing suit in question...

The bathing suit has a V-neck with a high-waisted cut, and it really isn't as revealing as we would have thought of a bathing suit that receives complaints.

This was not a pleasant experience...

"It was embarrassing, to be pulled out by the manager when there were other people in the sauna," Nicole went on to say.

Of course, Nicole felt her bathing suit was fully appropriate and she had no reason to think otherwise.

She said, "I had got some funny looks from the mums in the changing rooms before going to the sauna, but I didn’t think anything of it."

Nicole refused to cover up when asked, however...

"My fiance asked why I should have to cover up, as I wasn't in anything revealing and I was just told to get a towel on the way back," she explained.

She stood her ground...

“I refused to do that, and just walked back to the changing rooms," she said. "I felt embarrassed by it all. I won’t be going back there."

Nicole and her fiance feel that this was an example of discrimination...

"I think it’s discrimination, nothing was showing and if I was larger then I don’t think they would have complained," she explained. "My fiance told me they were discriminating against my body, and that’s not OK."

It's lucky that Nicole is already very confident about her body...

"A swimming costume, just like a pair of jeans, follows your curves. Just because I have a sexy body doesn’t mean I am inappropriate for the swimming pool," she said angrily.

And in Nicole's defense, her bathing suit was completely suitable for swimming.

"I wasn't showing my privates and the costume is double cloth so you can't see anything when it gets wet," she went on to explain.

Being told to cover up could have been potentially damaging for Nicole...

A person who may have suffered from low self-esteem or massive insecurities could have been flawed by this request, especially when the bathing suit wasn't at all inappropriate.

Nicole said she would not be returning to her local swimming pool because of the incident...

And we fully stand by Nicole and her decision after being discriminated in such a way. Keep scrolling to learn about the tourist who was arrested on a Maldive's beach for wearing a bikini...