Apparently You Can't Take a Peacock on a Plane, Even If It's for 'Emotional Support' | 22 Words 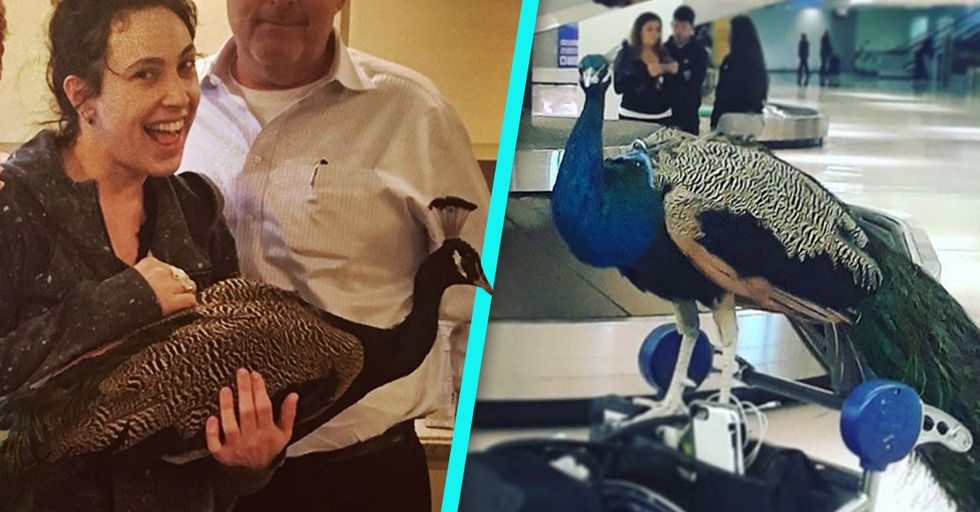 Apparently You Can't Take a Peacock on a Plane, Even If It's for 'Emotional Support'

Okay, this emotional support animal thing is getting way out of hand.

But some people have been taking the whole emotional support animal thing way too far. You know the ones. They swan up to the airline counter, bold as you please, requesting accommodations for their therapy turkey. Yes, therapy turkey.
And of course, there was that person who tried to bring their emotional support tarantula with them. What kind of emotional support can a tarantula give, I ask you.
Now, this is all very ridiculous, but it's also dangerous as well. Emotional support animals, like other service animals, are well-trained and remain docile in most situations. They also, importantly, know how to control their bowels and not bite people.
When people buy $99 certification for their animals and then use it to scam their way onto a flight, they not only make it more dangerous for everyone around them, they make it harder for the actual emotional support animals and their owners, who are now looked at in askance because airline employees suspect they're fake.
Case in point, Delta recently put restrictions on people with emotional support and service animals, requiring that they give the airline "48-hour notice along with a veterinarian health form and immunization record." This puts an undue burden on the people that actually need these animals. And by people who need these animals, I'm most definitely not talking about the woman who tried to bring a goddamned peacock onto a plane.
This Sunday, travel blog Live and Let's Fly wrote about the incident, which happened at the Newark airport in New Jersey. A Brooklyn-based artist named Ventiko (real name unknown) decided to bring her peacock, Dexter, onto her flight to Las Angeles.
Dexter, who had once been part of a loving couple with a peahen named Etta (whereabouts unknown), was denied by United Airlines due to weight and size restrictions.
"This animal did not meet guidelines for a number of reasons, including its weight and size. We explained this to the customers on three separate occasions before they arrived at the airport," United said.
Ventiko offered to buy a separate ticket for Dexter, which she called her "emotional support animal," but the airline remained firm. After six hours at the airport, the duo was forced to drive cross country instead.
I have a couple of questions here. Okay, whatever.