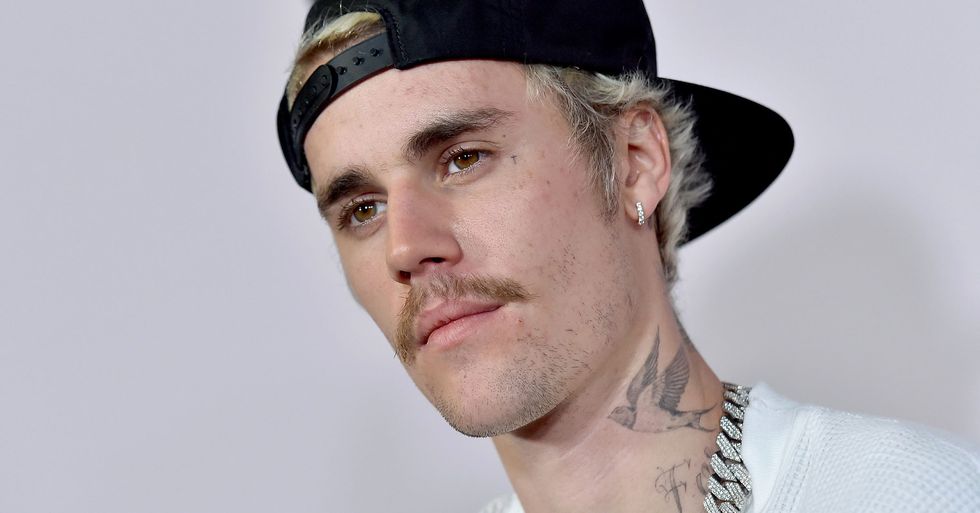 Justin Bieber recently hosted an Instagram Live, where he was accepting video chat requests from fans from all over the world. Sounds good, right?

Well, one unfortunate and unsuspecting fan was caught red-handed... And completely naked, directly in front of Biebs and the rest of the world. You can't make this stuff up, can you?

Keep scrolling for the full story, and to watch the cringe-worthy moment for yourself...

Anyone who is anyone knows who Justin Bieber is.

Yet despite his lavish lifestyle, Justin actually comes from very humble beginnings.

Born on March 1, 1994, in Stratford, Ontario, Canada, to a single mother, Justin was completely unknown on the music scene until he started uploading singing covers online.

And in the 2 years that followed, the teen went from being completely unknown to rubbing shoulders with some of the biggest A-listers on the scene.

His chart-topping success is unbelievable, and has enabled him to enjoy a life most could only dream of.

Having grown up in the spotlight, he had to live out his teenage years in the public eye - the good and the bad. In fact, he's recently admitted that his quick climb to fame left him "suicidal".

In recent years, Bieber has been struggling with his own demons.

And he has been pictured several times looking underweight, sickly, and gaunt.

Many speculated that the singer had a drug problem.

Because that's how it usually goes, doesn't it? His change in appearance led some people to believe he may have been using hard drugs after pictures surfaced of him looking ill with blotchy skin.

So it's understandable that fans may have jumped to this conclusion.

But recently, the singer took to Instagram to put the rumors to rest.

As well as being diagnosed with Lyme, Bieber revealed yet another shocking detail about his health.

Some of hid fans were completely devastated by the news.

But many fans spurred the singer on.

Justin has always had an intensely loyal fanbase.

And he has been seen many times mingling and chatting with his fans.

And the singer is no stranger to hosting live online chats with his fanbase.

Justin has frequently taken to Instagram live in the past, but his latest online appearance is by far the most scandalous yet.

While on lockdown in his home in LA, Justin decided to kill some time by hosting another one of his famous Instagram live chats with his fans.

And, while he was chatting away, thousands of fans were sending the pop star video chat requests.

Justin decided to accept one...

But the fan on the receiving end certainly wasn't ready for his call.

At first, it appears to be a dark and empty room...

But, as Justin takes a drink from his water bottle and looks down at the screen, there is some movement in the bottom corner.

Justin is evidently quite confused at the darkened room and tentatively calls out to his fan on the receiving end.

"Why are you hiding?"

The fan still doesn't respond and remains out of the camera's view, all while the befuddled, yet rather amused singer stares down the lens.

The woman, clearly mortified by what had happened, remains as quiet as a mouse and hovers by the edge of the camera...

Thus leaving Justin with no choice but to end the call, saying: "This is weird. It was nice to meet you anyway."

Didn't see it the first time?

There, in the bottom left corner, you can see a topless woman trying to slide out of shot while maintaining her dignity. What a hero.

You can watch the cringe-worthy moment here...

Which has, obviously, been quick to go viral.

People all over Twitter have been going crazy for the awkward moment...

With one social media user writing: "OKAY BUT NO ONE EVEN LAUGHING ABOUT THE WAY THIS WOMEN ROLLED OFF THE BED," and another exclaiming, "THANK GOD HE WAS DRINKING HIS WATER AND THE COMMENTS WERE THERE."

To whoever nearly flashed Justin Bieber...

We're thinking of you. Stay strong. For more on Justin Bieber, keep scrolling to read about how the music industry once left him feeling "suicidal"...